You are at:Home»Latest»Celtic set to sign young Irish Striker from under noses of English Giants

If reports from Ireland are to be believed young Irish striker Callum Kavanagh could be the next addition to Celtic’s prospect roster.

At the moment the 16 year old son of ex Ireland international Graham Kavanagh is with Middlesborough and has been offered terms on a three year professional contract. Yet according to Herald.ie Celtic are keen to jump ahead of the North East club as well as the likes of English Premier League sides Chelsea and Arsenal and offer the player a deal to head to Glasgow. 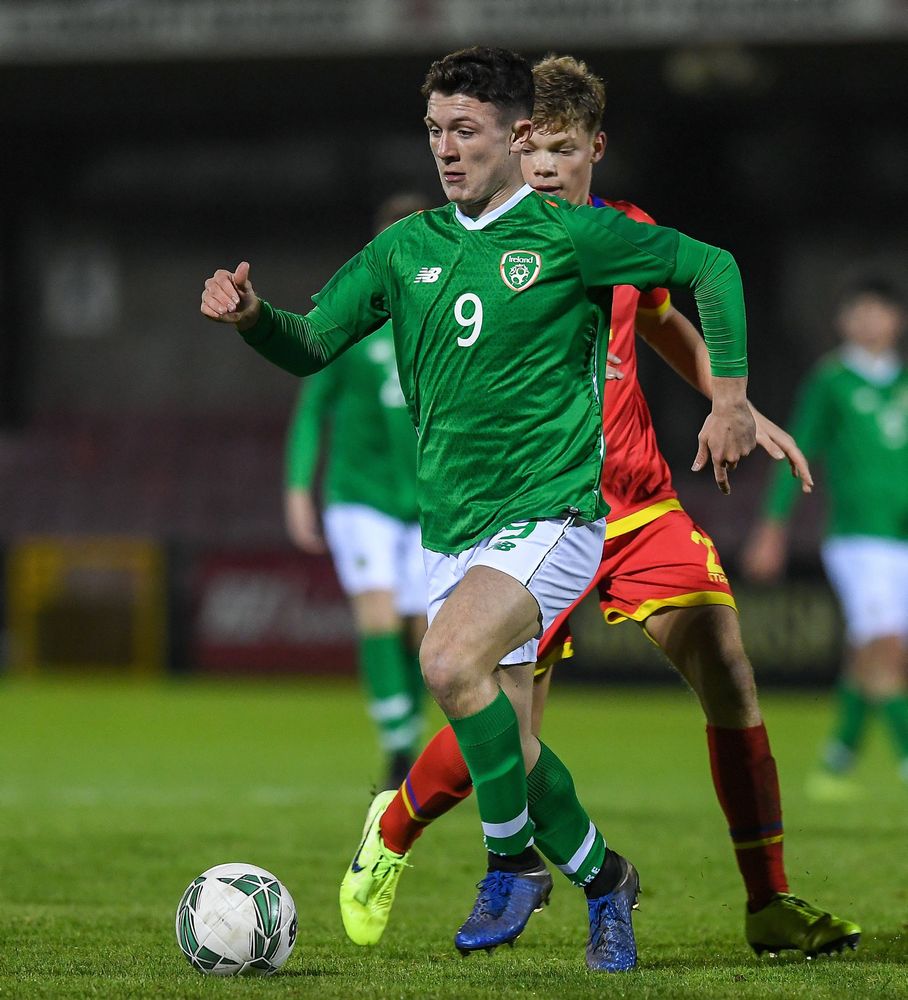 Kavanagh has already represented Ireland at youth international level having following his Dad’s example, despite being born in England, to turn out for Ireland. He broke through for the Under 15’s at Oriel Park in 2018 and made a successful and scoring step up to Under 17 level against Andorra in a Euros qualifier 6-0 victory against Andorra. Watch HERE.

Leicester City and Newcastle United have also shown an interest but Celtic may have a couple of advantages over the potential competition.

Last Summer Celtic picked up Irish prospects in Lee O’Connor from Manchester United, Luca Connell from Bolton Wanderers and Jonathan Afolabi from Southampton, meaning there is certainly an example and peer group for Kavanagh to look up to.

All three have progressed at international level with O’Connor getting a first full cap when at Celtic. Playing at right back O’Connor set up a goal on his debut in Ireland’s friendly win against New Zealand at the Aviva stadium in November. If Kavanagh has ambition to stay in vison when it comes to climbing the International ladder, he can be guaranteed Irish scouts will be keeping a close eye on those at Celtic Park.

Celtic can of course point to their success in cultivating young striking talent. Moussa Dembele and Edosonne Edouard have both come to Celtic as rough diamonds initially before being polished into top class strikers. Kavanagh as a forward himself may well see that development and think Celtic could well be an ideal choice for career development.

Kavanagh made his first appearance in green in a 2-0 win for the U-15s against Cyprus at Oriel Park in 2018 and he scored on his competitive debut in a 6-0 win over Andorra in an U-17 Euro qualifier. At Academy level he’s attracted the interest he has to date by being a regular goalscorer at a youth level for ‘Boro.

For Celtic this looks like the sort of cross border raid that has become commonplace under Head of Football Operations Nick Hammond. It seems a tactic Celtic’s new talent spotter has adopted.

Hammond appears to try and identify young talent in England, to find potential that hasn’t yet reached the stage of being beyond the financial reach of Celtic. In a market where wages and fees can become astronomical very quickly indeed it’s important to gain a march and Hammond seems to be focussing on gaining Celtic an advantage. Callum Kavanagh would appear to fit the bill.

Previous ArticleDavid Meikleham: The Scottish Shoemaker & Rare Founding Father Without Irish Ancestry
Next Article Celtic in the 1930s – And they gave us James McGrory and Jack Connor