You are at:Home»Latest»Celtic silent on racist abuse suffered by loan star Jonathan Afolabi

Celtic’s recent self-inflicted squad decimation at the behest of track and trace self-isolation has seen loan deals terminated early for some of Celtic’s young hopefuls.

Goalkeeper Ross Doohan made the bench for Monday night’s game with Hibs following his return from Ross County and midfielder Scott Robertson has been recalled from a successful loan period with Gillingham. So far however there has been little movement beyond those two players to bolster the squad. 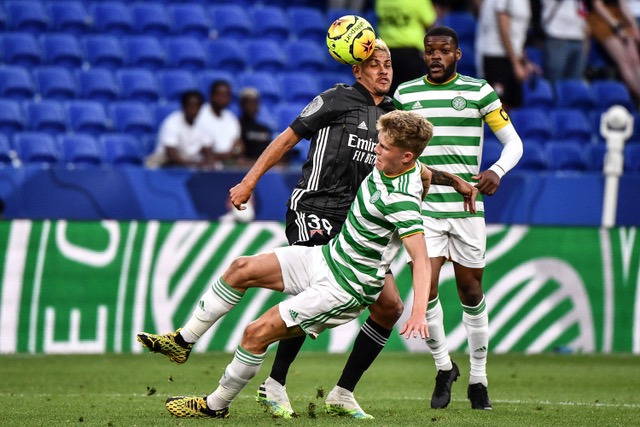 There have been calls in some quarters for the return of Jack Hendry from his loan spell with Jupiler Pro League side KV Oostende where he has made 15 appearances, grabbed a couple of goals and shown there may yet be a player Celtic can utilise in the future – yet in that particular deal there is no break clause or recall option for the central defender. Thankfully with Shane Duffy and Stephen Welsh able to be deputised by young Leo Hjelde Celtic should have enough in defence and midfield to ride out the storm before those side-lined can return to action. 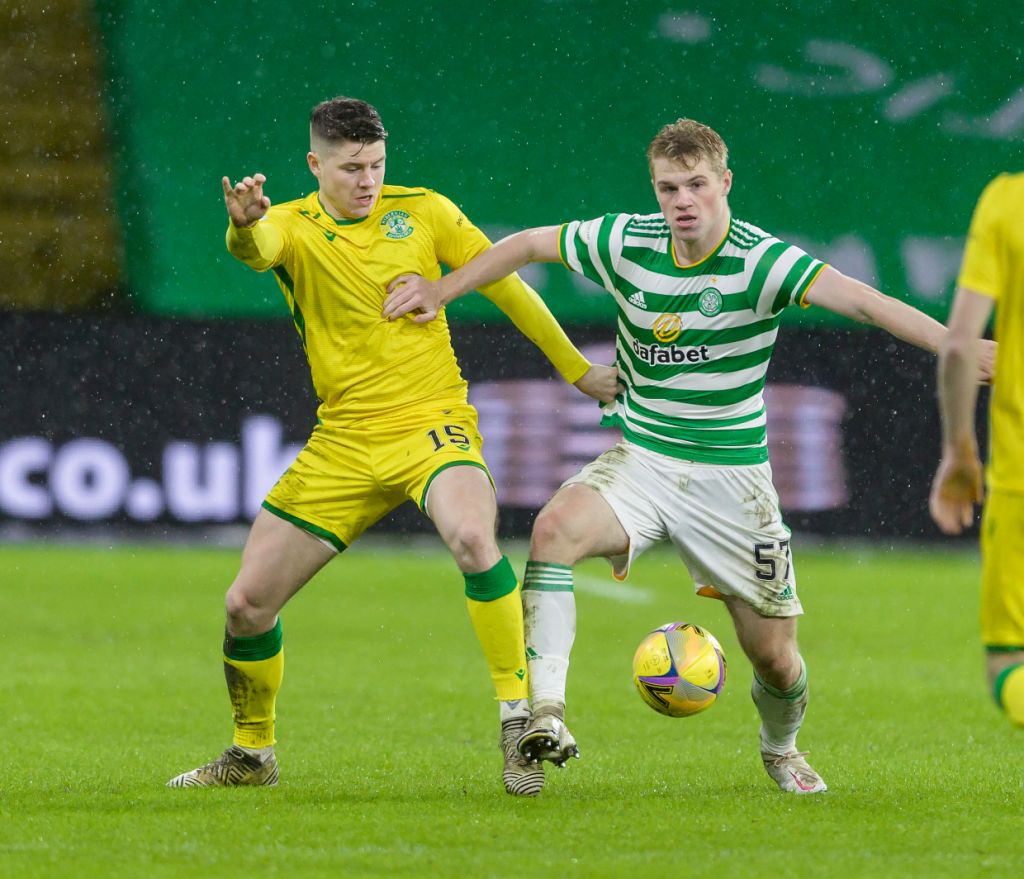 In the striking department however Celtic are badly impacted. On Monday night despite a substantial amount of possession Celtic rarely looked like scoring from open play as Mikey Johnston and Cameron Harper filled in the attacking roles. Both looked capable in possession and both faded physically as the match progressed. They did well when you consider the roles they were asked to play and the lack of football either player has had over the last year, but it was also evident that both players were operating in positions somewhat alien to their natural environment as players best utilised in wide areas.

I’ll be surprised if Celtic don’t recall Jonathan Afolabi from his loan at Dundee.

With all 4 strikers out & Afolabi playing senior football for a couple seasons I do think he’d do a better job than Harper. That’s no insult on Harper, he’s just young & not used to senior level. pic.twitter.com/MHsZEff9bh

With Odsonne Edouard, Leigh Griffiths, Albian Ajeti and Patryk Klimala all self-isolating Celtic have been left with no available natural strikers. Vakoun Bayo is on loan at Toulouse where he is far from setting the second flight of French football alight, however nearer to home Celtic do have a player who it would be worth considering recalling. Yet even if his return could be facilitated recent history indicates he may not be expecting a call.

Jonathan Afolabi signed in the summer of 2019 from Southampton. Out of contract, Celtic were able to take advantage of cross border compensation rules and the player signed on with the Hoops and with great hopes for the future.

Afolabi was well thought of at St Mary’s and there appeared genuine disappointment on their part when the player looked to move on. Understandable when you consider the youngster had played through the age levels with Ireland up to and including the Under 21 team and been named in the team of the UEFA under-19 tournament just prior to signing with Celtic. 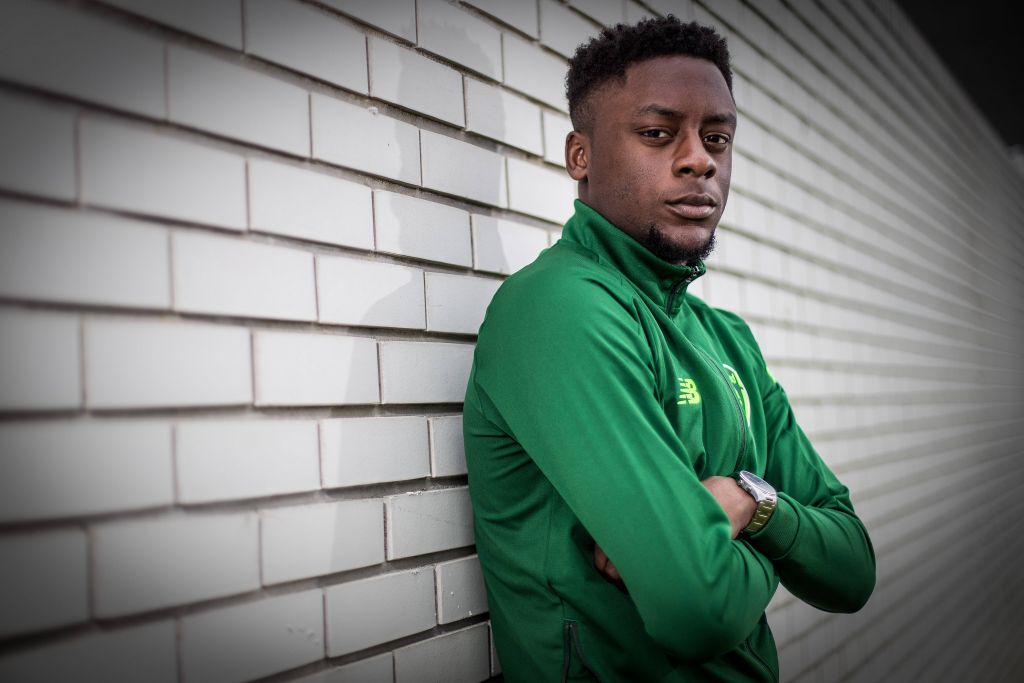 It appeared on paper that he may well be a back-up striker but should be close to getting some first team football. Apparently, the striker was initially advised that he’d get first team exposure at the end of last season after the title was wrapped up but we all know the unfortunate events there. Afolabi was sent on loan to Dunfermline as the transfer window closed last January. He only managed a couple of months before football closed down – but did grab a couple of goals.

This season the young striker has gone to Dundee as part of the loans for vote’s scheme from last seasons protracted vote to call the league season – I jest of course. He’s shown up well so far scoring three in ten appearance to add to his two goals in six games with the Pars. As a natural striker it seems strange that young Afolabi hasn’t followed Doohan and Roberston and been returned the Celtic squad to bolster threadbare attacking numbers, but then the case of Jonathan Afolabi is a strange one. 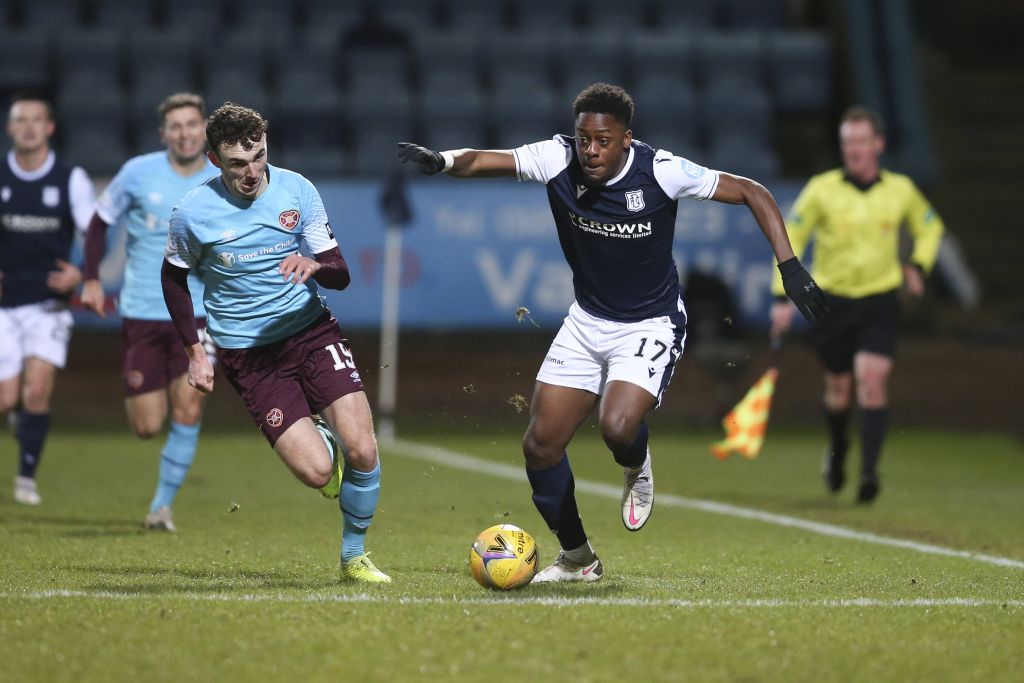 In his last match for Dundee and after scoring the winning goal the player was subjected to sickening racial abuse on social media, something Dundee, opponents Bonnyrigg Rose and the FAI all publicly denounced and supported the player.

This is absolutely abhorrent. Like every other form of prejudice it has no place in our society. @DundeeFC were right to call it out and have our total support in doing so #SayNoToRacism https://t.co/ZfDNmzyJ0r

The FAI condemns the vile, racist comments directed online at Dundee and Republic of Ireland U21 striker Jonathan Afolabi. Such behaviour cannot and will not be tolerated and the FAI fully supports Jonathan and the stance taken by his club @dundeefc @celticfc

Celtic on the other hand have maintained radio silence on the matter. A strange situation indeed given the column inches the story received post-match and the ongoing support for the BLM movement Celtic continue to engage with. Even as a show of solidarity with a young employee you would expect public support.

The club not commenting about a Celtic player being racially abused is incredibly disappointing to say the least.

Yet much like a lack of recall for Jonathan Afolabi it appears the player is a bit of a forgotten man at Celtic under Neil Lennon. Not getting the promised first team opportunities was entirely understandable with the way the previous season was curtailed, however this summer it appears the player was back home in Ireland when apparently he discovered only by way of social media that Celtic were actually back in training after the initial Covid -19 shutdown. It would appear no-one had informed the young Celtic player that the squad were back in training!

Rumours doing the rounds claim that the player himself apparently then managed to get a hold of manager Neil Lennon only to be informed that he was being sent out on loan for the season ahead. Now it could be you’d consider someone on the fringes could be overlooked in such a stressful time, however since going to Dundee on loan it would appear no-one has been in touch with young Afolabi.

Find it extremely disappointing that @CelticFC haven’t released a statement condemning the racial abuse suffered by Jonathan Afolabi, but have time to tweet about Pierre van Hooijdonk. Perhaps unsurprising from the club who went on a trip to Dubai in the middle of a pandemic 🤷‍♂️

We all know that Celtic have been in crisis mode this week after the self-inflicted wounds incurred due to the disastrous Dubai misadventure for which Peter Lawwell apologised today. But when a CELTIC player out on loan is racially abused there are enough media staff at the club to notice and to ensure that our football club formally condemns the racism and offers support to the club’s employee. 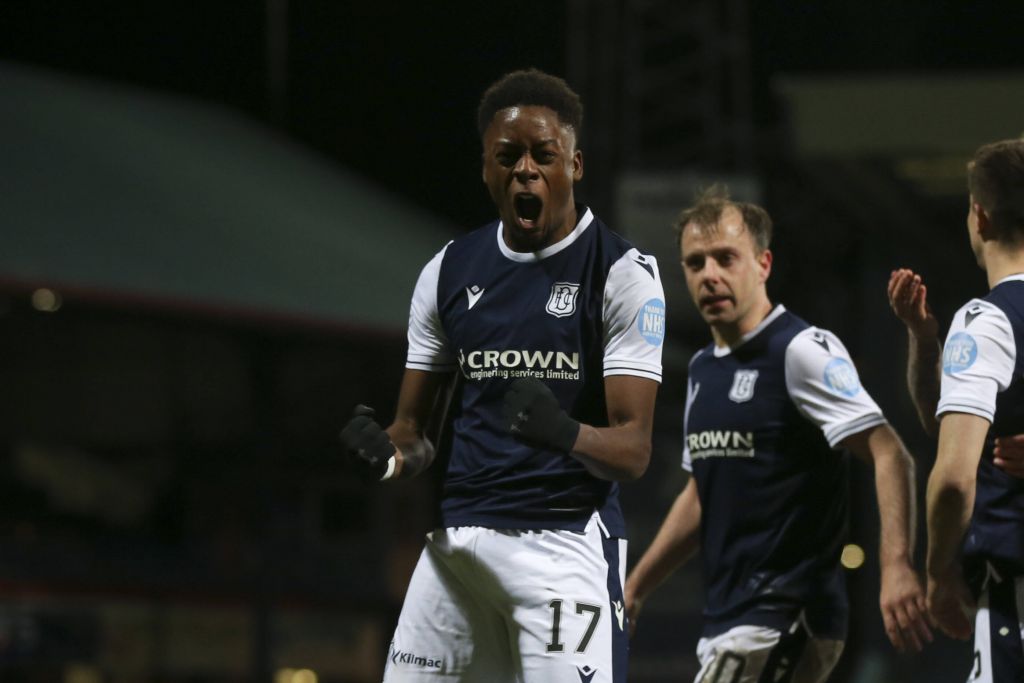 We all know Celtic have lost a lot of young talent over the last couple of years. We’ve argued previously on The Celtic Star that much of that could be put down to a lack of a football pathway outlined for young talents. You can almost forgive the club for not matching up to big European sides in that regard, however you send out players on loan, particularly the young lads for career development.

How do we expect to gauge progress when we even don’t speak to them? How do we expect them to feel valued and see their pathway to career progression here or elsewhere if they aren’t even aware pre-season has started? Why does the player have to call his manager to ask if he’s required to report for duty when only six months previously, he’d been considered close to first team consideration?

And what can you say about the club’s failure to issue even a tweet condemning the sickening racial abuse suffered by one of our own players earlier this week?

https://t.co/o8GayK9Pzl It’s not a common thing that I’m mentioned in the newspaper, but if I ever am it would be for things I feel strongly about… like this one. One of my mates sent to me this morning

Celtic as a club, given the financial constraints we work to surely must ensure making the club an attractive proposition for young emerging talents is essential. They also need to feel valued and in adversity they should expect to be supported. In the curious case of Jonathan Afolabi, it would appear that has been found wanting.

Given this evening’s call for unity from Peter Lawwell it might be an idea to support our own players publicly before calling for the Celtic family to unite behind the club. Highlights of the Scottish Cup tie between Dundee and Bonnyrigg Rose are available to watch below.