You are at:Home»Latest»‘Celtic star could play in the English Premiership with no problem,’ McInnes

ABERDEEN manager Derek McInnes has pinpointed the danger man for his side in the Betfred Cup Final on Sunday.

McInnes could probably have selected half a dozen Celtic player likely to cause his team problems, if you look back over the previous meetings between his team and the Celtic sides managed by Brendan Rodgers.

Other than a Dons win at the tail end of last season in the league, when Celtic minds were on the Scottish Cup Final the next week, it has been all one way traffic for Rodgers and his Celtic stars.

A few players who have done well against the Dons have gone – Dembele, Armstrong and Roberts but there are plenty of others still at Celtic capable of hitting McInnes’ side where it hurts – in the back of the net. 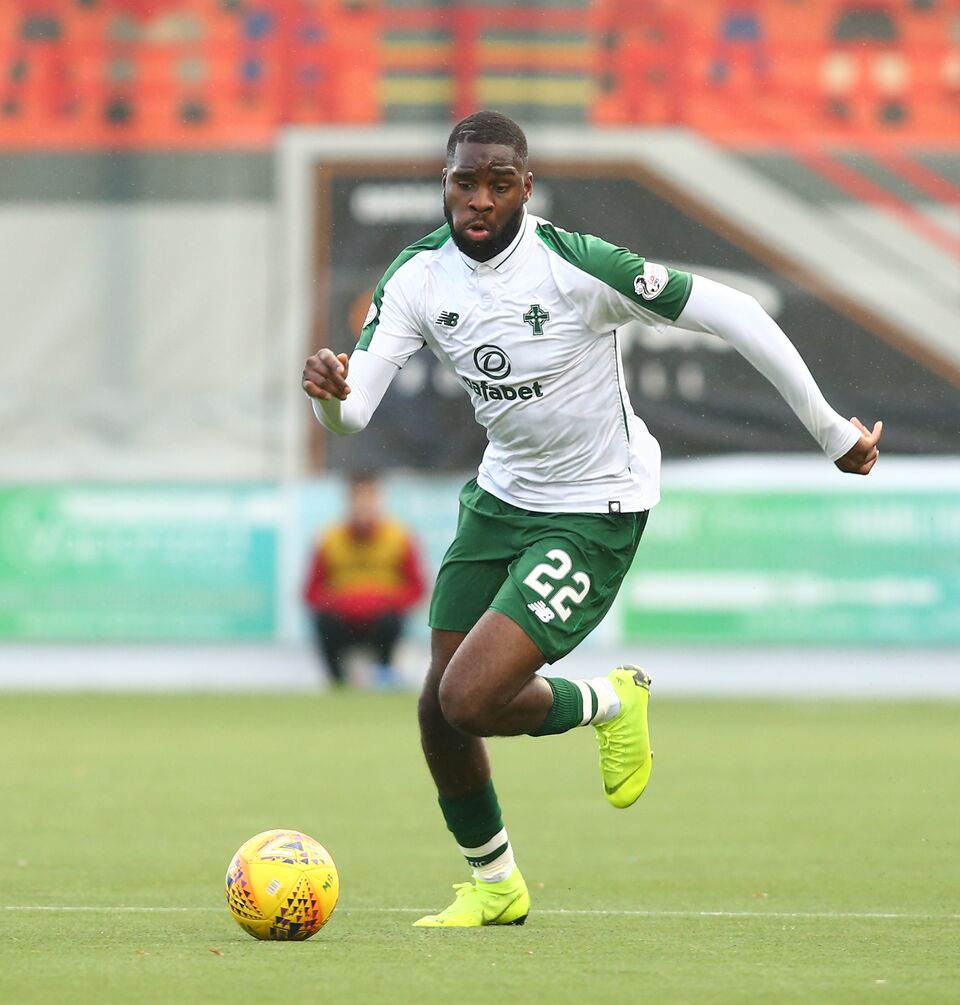 Edouard and Griffiths – the goalscorer are the obvious threats and in midfield no-one needs to explain to Derek McInnes just how good Ryan Christie is. Scotty Sinclair is back on form and bang in the goals – none as important as the one he got last night in Norway – and Tom Rogic has broken Aberdeen hearts on quite a few occasions, most memorably in the last minute of the Scottish Cup Final in May 2017.

But the player that McInnes has identified as his biggest worry is James Forrest, and the Aberdeen manager was delighted for the Celtic wide-man when he turned on the style in his last outing at Hampden when he scored a sensational hat-trick for the national side.

“I think with any big result there are normally key players behind that,” McInnes said to the media while looking back on that 3-2 win for Scotland over Israel. 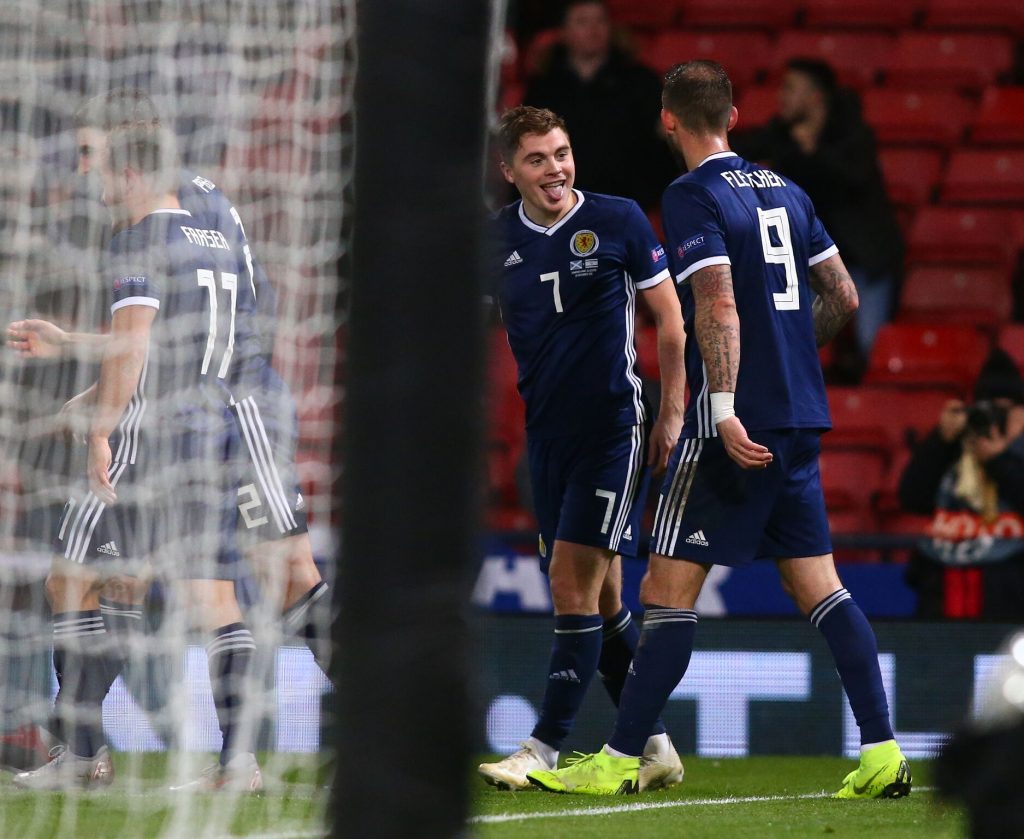 “Forrest was obviously the one who topped off a fantastic performance for Scotland with his goals.

“To not score in 24 internationals and then score five goals in two games is incredible.

“Forrest will be feeling really good about himself and rightly so.

“He has always been a player who has threatened to make the difference and over the last number of years he has found consistency. He could play in the English Premiership with no problem.” 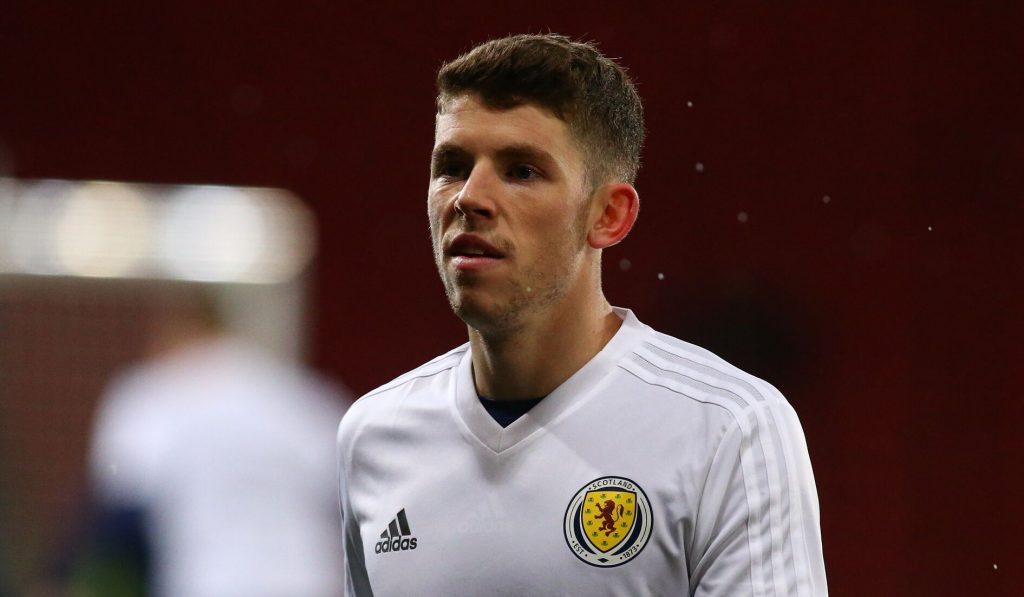 Sky pundit Kris Commons will be spitting out his cornflakes reading that! And as mentioned earlier, McInnes is a big fan of another Celtic Star. Ryan Christie had two loan spells at Aberdeen and McInnes referred to him as being his best player last season. He doesn’t need anyone to tell him about the damage that Christie can inflict on opposing sides.

“It was always going to be a tough challenge for Ryan to go and establish himself at Celtic.

“But he has been given the opportunity there and has really kicked on.

“His performance for Scotland against Albania was right up there,” McInnes said. 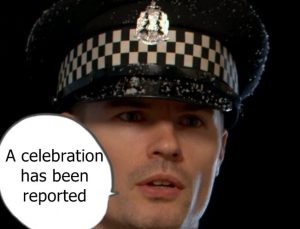 ‘Victory in Europe: A Celebration has been Reported,’ David Potter…See HERE.