You are at:Home»Latest»Celtic statement asks for SFA clarification over appeal delay

Celtic have issued a statement asking for clarification over the delay in the appeal by The SFA over the Rangers COVID-19 breaches, which will allow for them to play in the crucial Scottish Cup Fourth Round tie at Ibrox next weekend. Speaking to The Daily Record, a Celtic spokesman asked for consistency in the way that the authorities deal with cases and the punishment that they dish out.

“There have been a number of calls for ‘consistency’ this season – we couldn’t agree more.

“The SFA has dealt with other cases swiftly this season and only they can explain the timing in this case.

“We have therefore sought clarification from the Scottish FA so that Scottish football can understand the approach in disciplinary cases, in the interests of transparency and consistency.” 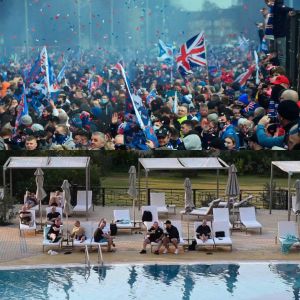 Celtic had two games postponed at the start of the campaign which meant that we were forced to play catch-up from the get go. The performances on the park were sub-par throughout the course of the season but the least that the club deserve is that they are treated the same as every other club.

Bolingoli has had his Celtic career all but ended for the breaches that were unacceptable yet others act with impunity. Gerrard has pandered to the masses by claiming Rangers have been treated unfairly with the charges against his players. Gerrard’s selective memory glosses over the fact that his players blatantly and very publicly breached COVID-19 rules by car sharing, boozing in the changing rooms and then accepting scarves from fans. All of which went unreported by the media. The Rangers manager also failed to condemn the scenes in Glasgow as they celebrated their title win by breaching the lockdown.

Previous ArticleCharlie Austin claims Celtic are holding off on Howe announcement due to Scottish Cup
Next Article Celtic v Livingston – team news, kick off time and where to watch