You are at:Home»Latest»Celtic supporters John Hughes Tribute in Dingwall: “Yogi – A Celtic Man, Rest in Peace”

Celtic’s travelling support paid their respects to John Hughes this afternoon on Dingwall after the club legend passed away earlier this week after a short illness, aged 79.

The supporters’ banner was perfectly worded, “YOGI – A CELTIC MAN. REST IN PEACE”. 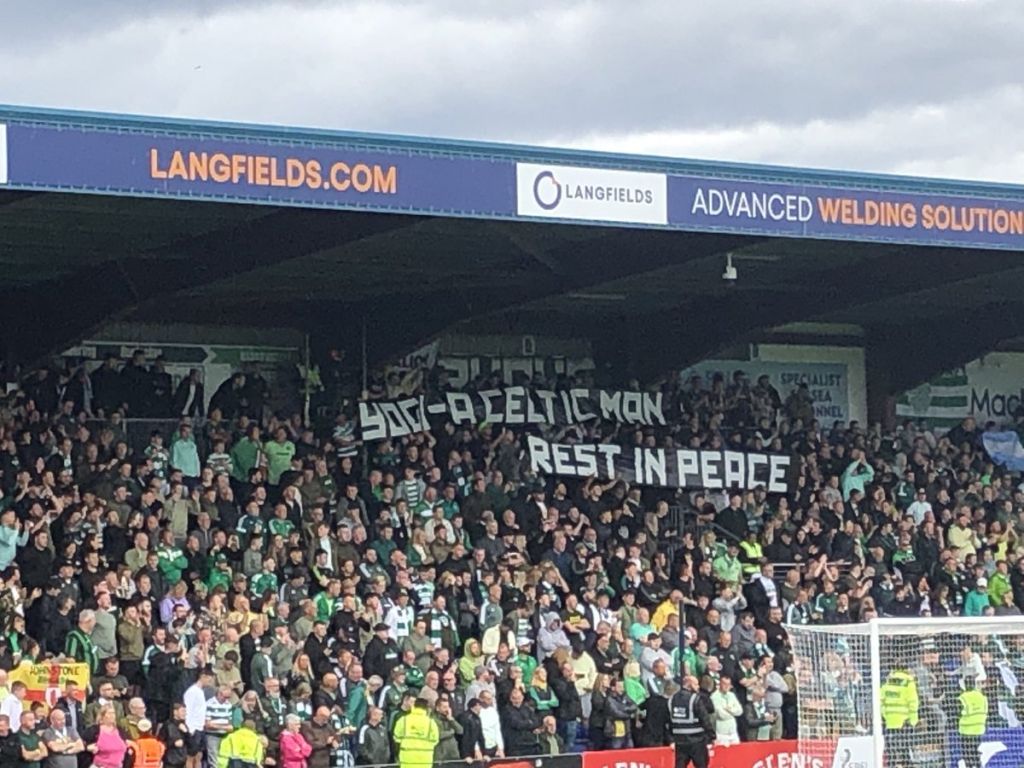 God bless Big Yogi and let’s get the three points today Bhoys on the day the supporters remember the Lisbon Lion and club legend and the Celtic players and staff wore black armbands in memory of John Hughes.

It’s goalless in Dingwall at the interval despite relentless pressure from the Scottish Champions. Kyogo, Matt O’Riley and Daizen Maeda have all come close, Celtic have had numerous corner kicks and have penned the Homeside into playing the game in the final third of the park.

Celtic are playing into the wind and towards the travelling support in the second half and can me assured of huge backing as the troops roar the Bhoys onto victory.

Abada has replaced Maeda, who took a knock at the end of the first half, at the interval.

…and it’s a goal to Celtic! Kyogo finds the back of the net after a decent ball from Jota…Ross County 0 Celtic 1 after 48 minutes…