You are at:Home»Latest»Celtic taking nothing for granted against Norwegians

KRISTOFFER AJER reckons that Celtic will face a stiff challenge once again from a strong Rosenborg side and his manager agrees with the young Norwegian defender whose importance to Celtic increased significantly last night due to the sending off of Jozo Simunovic after just ten minutes last night.

Ajer and Jack Hendry are the only two available central defenders available to Rodgers for next week so he will have to take extra-special care of them in the meantime!

The Norwegian Champions came away from Celtic Park with a scoreless draw last season in the Champions League Qualifiers and the Celtic manager reckons they will approach the game in exactly the same manner this time around.

And Ajer reckons that they have perhaps more quality that they should scrapping past little Valur last night after being minutes way from elimination.

”Rosenborg are a really tough opponent with a lot of quality players. They will be really tough games, home and away,” Ajer said.

“When you play Champions League qualifiers, you meet quality opponents.

“I know Rosenborg really well. Last year, they beat Ajax in the last round to go through to the Europa League group stage, so they are a really top side and can really hurt you if you’re not 100 per cent up for the game. 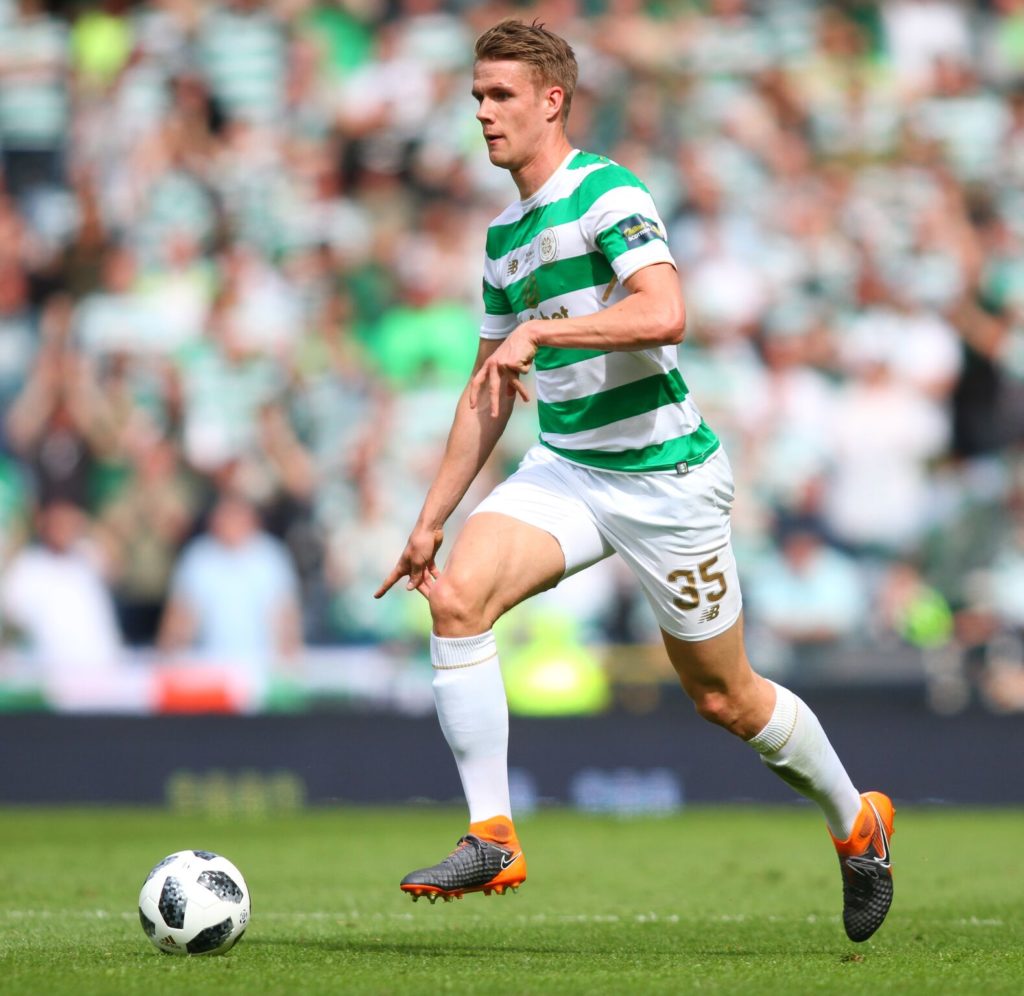 “They are a typical Scandinavian team. They are well organised and have a good squad, so I think that’s their biggest strength.

“It’s a well-built team with a manager who has been there for many years.”

Rodgers agreed with that assessment, adding: “They have made some changes, but their system is very much the same. They play 4-3-3 and like to pass the ball.

“I think they’ll come here, similar to last year, and be very compact, very tight and try and not concede.”

Celtic last time struggled to have fit strikers, this time around the problems are more defensive – see HERE – but it should also be noted that Leigh Griffiths is out and Moussa Dembele – who reached the 50 Celtic goals mark last night – pulled up with a tight thigh and could be doubtful.

Nobody said it was easy…

Previous ArticleA back four of Forrest, Ajer, Hendry and Tierney for Rosenborg?
Next Article Cat and Mouse games, but McGinn deal edges closer