You are at:Home»Latest»Celtic target Vinicius Souza “will make decision soon”

Celtic’s priority pursuit of holding midfielder Vinicius Souza is well documented on The Celtic Star and it’s all about to come to a conclusion regarding where the Brazilian will be playing his football next season.

Ange Postecoglou, as we have told you, has gone the extra mile, to convince Souza and his advisors that playing Champions League football for the Scottish Champions is the perfect fit for the next stage in the player’s development. That is a view that is apparently shared by The City Football Group, who have the player registered to their global operation, but the player and his advisors are concerned about playing in the Scottish Premiership rather than one of the so-called top five European leagues – England, Spain, Italy, Germany or France. 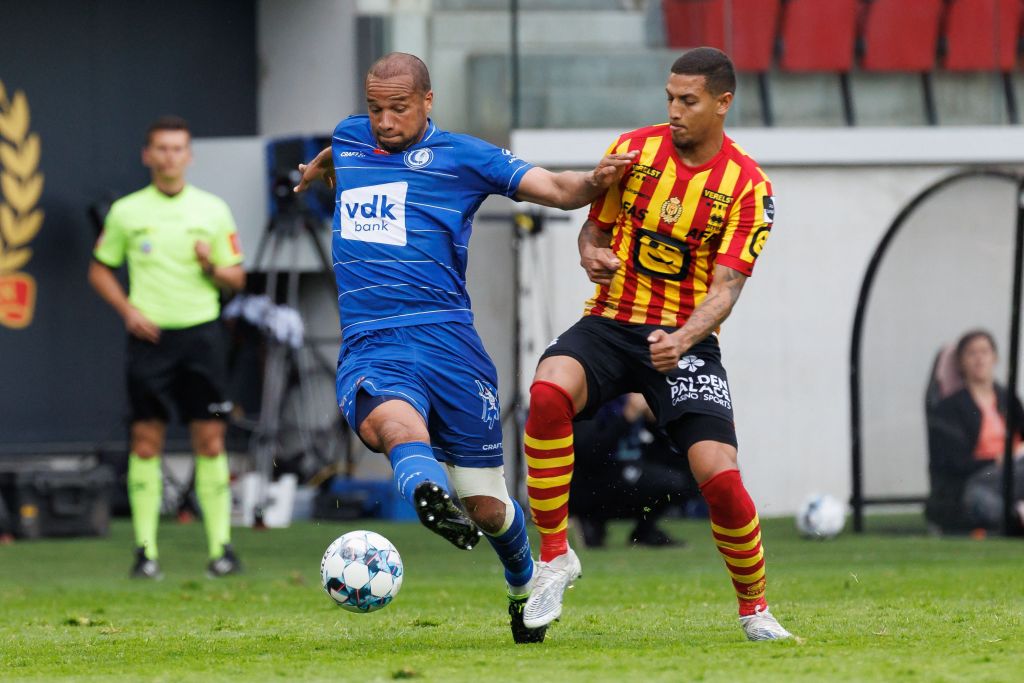 Gent’s Vadis Odjidja-Ofoe and Mechelen’s Vinicius Souza fight for the ball during a soccer match between KV Mechelen and KAA Gent, Tuesday 10 May 2022 in Mechelen, (Photo by KURT DESPLENTER/BELGA MAG/AFP via Getty Images)

Vinicius Souza played for Mechelen last season but according to the latest report the player and his advisors have now ruled out remaining in Belgium next season, which will be a major disappointment to Club Brugge.

Dutch outlet Nieuwsblad claims that Souza will not be moving to another club in Belgium but the player “will make his final decision soon”.

There is interest in Souza from the likes of Dutch champions Ajax but the Eredivisie is in the same boat as the Scottish Premiership in being out with the stated criteria from the Souza camp.

Still the City Group’s opinion will be important and with both Ange Postecoglou and maybe crucially Mark Lawwell being ex-City Group men themselves then maybe Souza will have a change of heart after a five minute phone call with the persuasive Celtic manager.

That’s how it usually works, is it not?