You are at:Home»Latest»Celtic Team News: Christie leads the line, no sign of KT

CELTIC look like playing Ryan Christie in the strikers role against Aberdeen today with both Odsonne Edouard and Mikey Johnston being available to come on from the bench.

Kieran Tierney is not in the team or indeed on the bench.

Tom Rogic is in his usual Number 10 role ahead of his flight to Dubai to join up with the Australian squad. 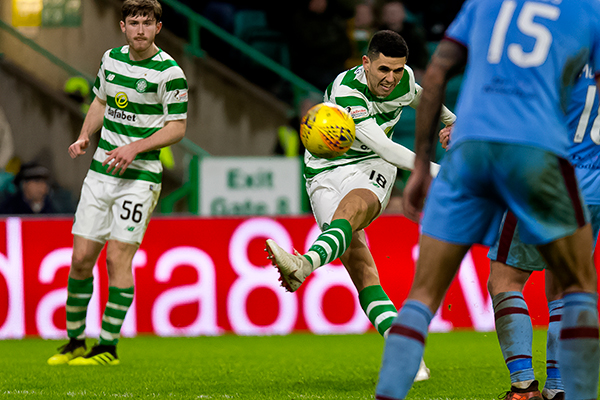 THE CELTIC side to play Aberdeen is as follows:

Celtic have won ten of their last eleven meetings with Aberdeen, the only set-back coming in last season’s the end of season match at Celtic Park.

David Potter has made his way to Pittodrie to cover the match for The Celtic Star but as he didn’t have a ticket he’s ended up getting one for the away end. He’ll never be able to control himself if Celtic score so we might need a whip round for the bail money later!

Previous Article‘We are not timid, these are games to relish,’ Rodgers on Pittodrie and Ibrox
Next Article Jim Craig’s Festive Moments – Boxing Day!