You are at:Home»Latest»Celtic team to play AIK, ‘why was that not the line-up last week?’

NEIL Lennon has obviously learnt one or two harsh lessons from last week’s team selection against Cluj which resulted in a costly shock Champions League exit.

Tonight against AIK the Celtic team is as follows…

This line up is currently being discussed on our Supporters Bus, someone just asked ‘why was that not the line-up last week?’ 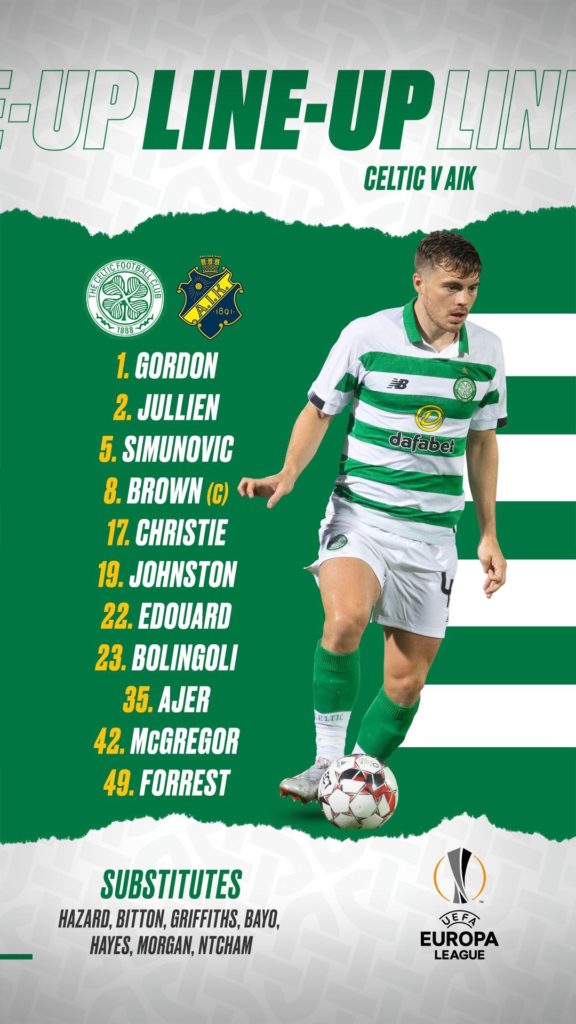 Previous ArticleGumny to Celtic for £5.8m? Encouraging news Breaking in Poland
Next Article Celtic In Driving Seat after two nil win over AIK