You are at:Home»Latest»Celtic: The Martin O’Neill Years with Sutton, Stan and Jackie Mac

Darrell Currie is joined by Chris Sutton, Jackie McNamara and Stiliyan Petrov to look back on the Martin O’Neill era at Celtic. There’s an interesting insight from Jackie Mac regarding the failings of the previous manager John Barnes in dealing with the players and how the petted lip of French full-back Stéphane Mahé gave Martin the opportunity to get the pecking order clear. Mahé was used to walking off at training if he’d received a hard tackle from a teammate and when he attempted that under MON, he was told to keep walking and it would cost him two weeks wages!

There was quick change of mind from Mahé and the point was made. Martin O’Neill was the boss and the players all knew it. 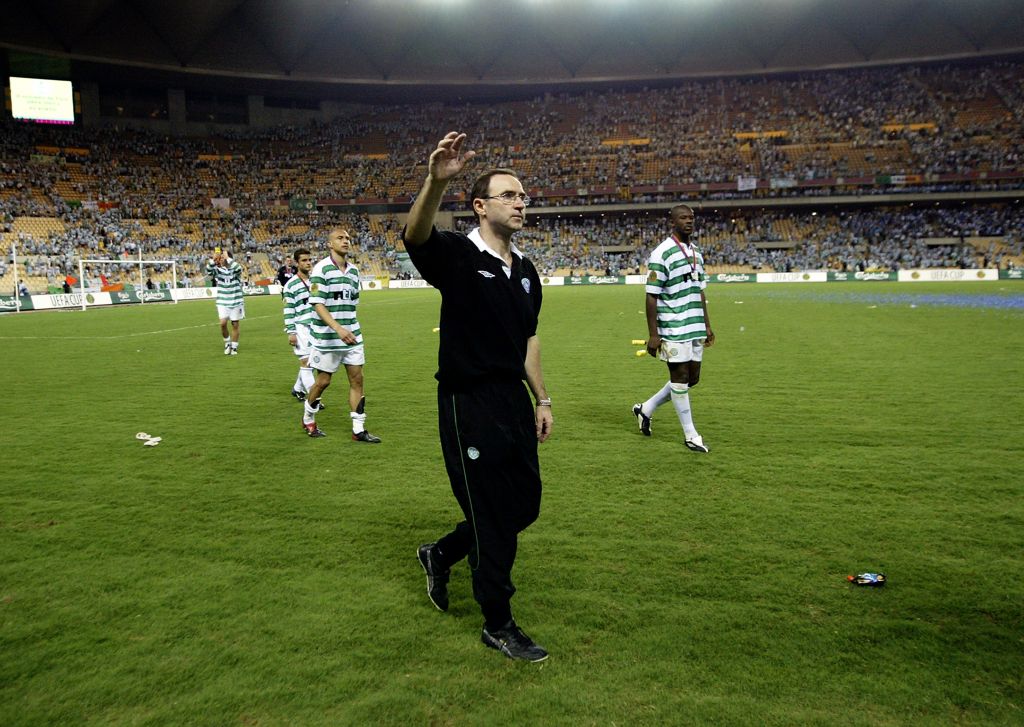 A dejected Celtic manager Martin O’Neill after the UEFA Cup Final match between Celtic and FC Porto held on May 21, 2003 at the Estadio Olimpico in Seville, Spain. FC Porto won the match and trophy 3-2 after extra-time. (Photo by Michael Steele/Getty Images)

It’s well worth a listen…

“It was fantastic. I am talking now and almost getting goosebumps,” Fran Alonso
Celtic On This Day – 2nd December – David Potter’s Celtic Diary
Celts in Qatar: Daizen’s Delight – Japan shock Spain to win the Group
Previous Article“We could have done with his leadership in the second-half,” Ange on Calmac
Next Article Where are the Bhoys who stood with me when history was made?