You are at:Home»Latest»Celtic To Hold 9 In A Row Zoom Party

Celtic officially secured their ninth consecutive league title yesterday and whilst it is a momentous moment in the club’s history, it’s also bittersweet in the sense that the trophy couldn’t be lifted in front of the supporters.

The club hopes to ease that pain somewhat by hosting a zoom party with the players, for your stay at home enjoyment.

Announced on the official website, Celticfc.net, a report stated:

WE’RE no strangers to a title party here at Celtic, but this season it’s going to be a little different…

The Bhoys have sealed their ninth consecutive league title for the second time in the club’s history and we are inviting Celtic supporters all over the world to join in from home as we celebrate another historic victory together!

Neil Lennon and his squad of champions get the party started, with some special guests joining in the celebrations, and you can watch every magical minute live on YouTube, Facebook Live and Celtic TV.

So, get your Hoops on and party at home with the champions!

We hope we can have a real celebration at Celtic Park with you all soon but in the meantime, as always #StayHomeStaySafe

THE BIGGEST LOSERS in the league ending early was clearly Hearts but they were adrift at the bottom of the league and were on track to do down anyway. Nevertheless it was a cruel blow for them not to have had the chance to improve their form and avoid the drop. Reconstruction might still sill save them though and that is probably the correct outcome. 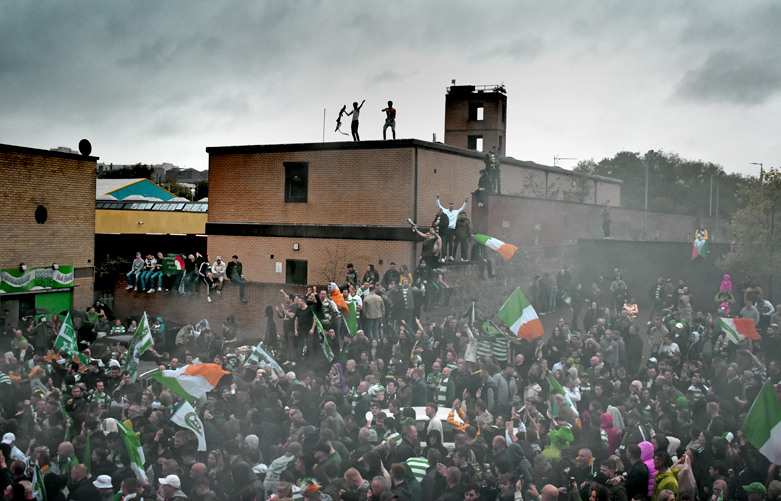 However aside from Hearts, the Celtic players and supporters were denied the chance to win the league in style, reach 100 points, have the 9IAR league winning day at a stadium – preferably our own – and then our trophy day. All of that was taken from us.