You are at:Home»Latest»Celtic tonight walk in Walfrid’s footsteps. New details on Celtic’s first game in the French city

Celtic have never played Lille before but we have played in the city of Lille back in the mid-1930s. And the Celtic links to the city of Lille goes back even further, indeed to around 20 years BEFORE Celtic was founded! Let’s start with that.

Michael Connolly, who has extensively researched the life of Brother Walfrid for his PHD tells us that “Brother Walfrid travelled to France in the 1860s to formally become a Marist Brother at “Beaucamps pres Lille”, just a matter of miles from where Celtic will play Lille in European competition tonight.”

Brother Walfrid travelled to France in the 1860s to formally become a Marist Brother at “Beaucamps pres Lille”, just a matter of miles from where @CelticFC will play @LOSC_EN in European competition tonight 🇫🇷 ⚽️ 🇮🇪 #faith #community #football pic.twitter.com/bjcwQJqJI0

The Celtic Wiki is undergoing some technical changes at the moment that is preventing updates on the site. JoeBloggsCity from the Wiki got in touch and asked us to feature this information on a friendly match Celtic played in the city of Lille in My 1934.

Here is information on a Celtic match which I obtained on a recent visit to the Bibliotheque Nationale in Paris. The source is 28 May 1934 edition of ‘Le Grand Echo Du Nord De La France’, a newspaper published in Lille.

It relates to a friendly played at State Virnot in the town of Mons-En-Baroeul, a town adjacent to Lille, on Sunday 27 May 1934. The report does not cite the attendance, but Glasgow’s Evening Times lists it as over 8000. 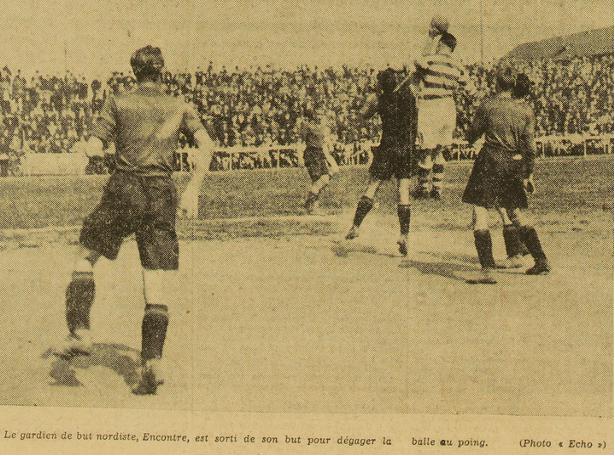 A brief report in the Evening Times report credits the first goal to Delaney, from a ‘beautiful pass’ by McDonald.

Note from these line-ups that both teams used the 2-3-5 (‘W’) formation. The French newspaper described it as ‘an unexpected victory over the illustrious Scots”.  Also worth noting that Tison came on as a substitute for th injured Van Caeneghem around the half hour mark after Celtic manager Willie Maley authorised the substitution, seemingly in response to the crowd calling for it, given that Van Caeneghem had dad to go off in the early minutes of the match and thus the match had suffered as a spectacle, with ‘Entente Nordiste’ having played for nearly half an hour with only ten men.

At the time. the French newspaper noted that the Scottish Football Association would not have allowed such a substitution. 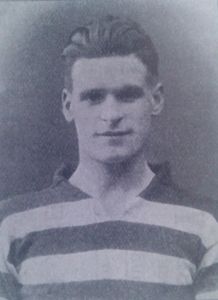 Further information pieced together from Scottish newspapers. Celtic were minus Joe Kennaway who was off on holiday to America, thus former Celtic keeper Pete Shevlin, then playing for Hamilton Acas, deputised for him in this friendly.

Celtic had departed from Glasgow Central Station on the ‘Royal Scot’ at 10am on Thursday 24 May 1934. They reached London that evening, where they stayed overnight before arriving in Lille around 7pm on Friday 25 May.

After breakfast on the Saturday they toured the ‘Great War’ Battlefields, taking lunch at Ypres and tea at the grounds of Racing Club de Roubaix.  A civil reception was held in their honour prior to the match in Lille.

Celtic left France on the Monday afternoon, arriving back in Glasgow on the Tuesday evening, 29 May,

All the above information is courtesy of Celtic Historian Pat Woods.

Damien Boone who posted the above tweet and read the reply from The Celtic Wiki man sent this follow-up information which JoeBloggsCity asked us to include today in an article on The Celtic Star ahead of the first ever meeting between the two clubs tonight. Here’s what Damien added to the information currently available to the Celtic support.

First, sorry if my English is approximate! Don’t hesitate to tell me if you want more details.

Thank you for your comment. Your information (On The Celtic Wiki) is very complete.
I would like to add that the match took place at the “Virnot stadium”, which was the stadium of Sporting Club de Fives (SCF).

Fives is a district of Lille, but the Fives stadium was located in another municipality, in Mons en Baroeul, as you indicated. Then, in 1944, the SCF and the “Olympique Lillois” merged to form the “LOSC”. Between 1944 and 1955, the LOSC played alternately at the Virnot stadium and at the “Henri Jooris stadium” (which was the OL stadium). Then the Henri-Jooris stadium was renovated and the LOSC moved there.

The press reports that the Celtic players, on their arrival and then just before their departure, were received at the “café bellevue” in Lille. It was a chic, social place, located on the main square of Lille (“Grand’place”), in the city centre. Today it is a hotel. 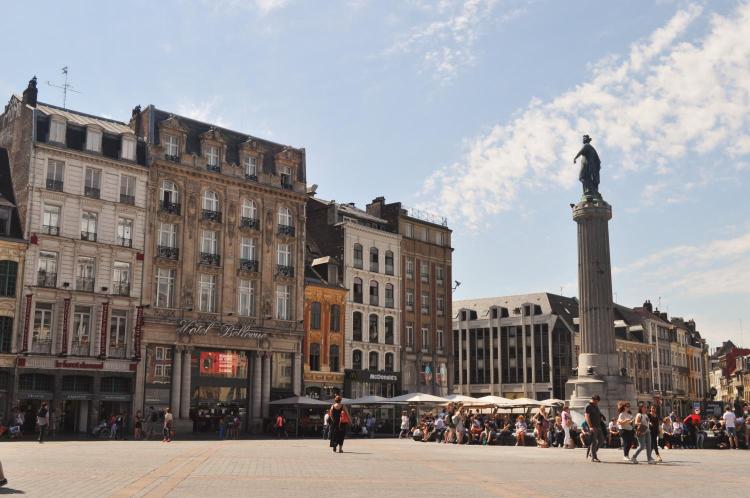 In the region of Lille, there are a lot of battlefields from WW1, where the Scots fought, especially in Ypres (Belgium). In Ploegsteert (Belgium, 15 km from Lille) would have taken place, during Christmas 1914, “Christmas truce”, with a football match between “enemy” soldiers, British, French, German. There is a monument since 2014 (https://en.wikipedia.org/wiki/Christmas_truce)

The “Olympique Lillois”, which is the best club in the North since the 1910′, did not wish to send its players for this match (1934) because they had already planned a friendly match in Valenciennes.

Finally, the journalist underlines that, collectively, the Scots are better, but there is a problem: the wingers are too eccentric: consequently, the centere-forward (O’Donnell) is too isolated.

all the best for the match,

Previous ArticleNeil Lennon’s Siege Mentality, Steven Gerrard and what constitutes a crisis in Scottish football
Next Article Celtic Fans View – “All guns blazing”, “I don’t think he should be judged on the Lille game”