You are at:Home»Latest»Celtic Transfer Target’s Cryptic Instagram Post Has Fans Wondering If He’s Jetting In To Paradise, But It’s A False Alarm

Celtic have been heavily linked with Rennes’ French sensation Brandon Soppy in recent weeks. Soppy has been a revelation since breaking into the Ligue 1 club’s first team and has even performed to a high level in the UEFA Champions League against Sevilla on two ocassions. At just 19 years of age, he has an incredibly bright future and is already valued at £6.5m, whilst he has his sights set on becoming a full internationalist for France in the near future.

Soppy is primarily a right back, who can also play in the centre of defence. In that sense, there is a real sense of urgency about his potential arrival, and that eagerness increased tenfold this week when respected football journalist Fabrizio Romano revealed that Soppy was Celtic’s next transfer target.

This morning, the full back took to Instagram and posted an image from an aeroplane on the runway at 10.38am French time. The cryptic post was not accompanied by any caption, but immediately had Celtic fans pondering his destination. 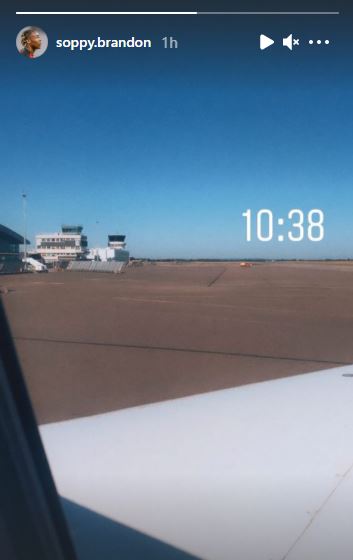 Could he be jetting into Glasgow this afternoon? Perhaps there could have been developments before the Hoops’ pre-season friendly against Preston North End tonight.

However, Rennes have a friendly of their own against Standard Liege in Belgium this afternoon and it appears he is simply participating in that match.

False alarm! We may have to wait a while before any potential deal is secured yet.