Celtic’s Interim Manager John Kennedy bemoaned the inconsistency of rookie referee Nick Walsh who clearly knew what was at stake when he manufactured a sending off for Callum McGregor to swing the game in favour of theRangers. Kennedy had words with the whistler at the interval to ask why Callum McGregor was booked the first time around and received an answer which he regards as ridiculous as well as being inconsistent, pointing to a similar sort of foul on Odsonne Edouard that went unpunished.

“We’re disappointed, obviously, the result is a sore one for us,” John Kennedy told Celtic TV. “The sending off puts you on the back foot, and (the)Rangers scored at the same time as the sending off which set us back.

“Again, when the ball came into the box at times, we didn’t defend it well enough and (the)Rangers were decisive. And even when we created our chances we weren’t quite clinical enough again. We just have to take that one on the chin.

“That’s what I’m most disappointed with. That made things very difficult for us, going one nil down and down to 10 men meant you’re always fighting against that. 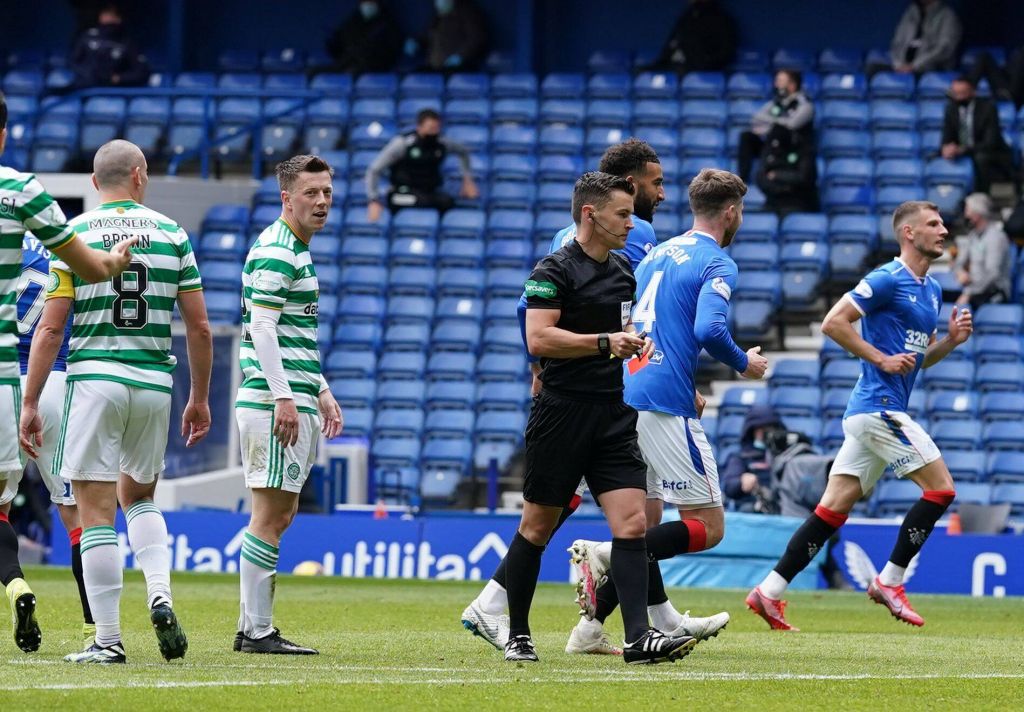 “The boys worked hard, we were brave with the ball in the second half, we created chances. But, again, in decisive moments (the)Rangers took their chances and we didn’t.

“Our general play is fine. We need to stop conceding soft goals, but we had so many chances. I’ve seen us in other seasons where we’ve created as many and we’re scoring three and four in each game, we’re really clinical.

“But, again, that’s part of our process of working and trying to get back to that. It’s a sore one today, but we need to take on the chin and pick ourselves up for the last two games.”

Meanwhile Celtic Historian David Potter believes that the Celtic Supporters have been shamefully betrayed this season.

Previous ArticleFull Time in Forfar – Second half double from ‘Skelper Mariah Lee as Celtic FC Women win 8-0
Next Article Match Report from Celtic’s big win at Forfar. ‘No commentary, one camera from a mile away, and a goal missed’