You are at:Home»Latest»Celtic TV’s Unique Angle captures bottle throwing and booing of Kyogo

Celtic TV has released the Unique Angle video of the two goals Celtic scored against Aberdeen at Pittodrie yesterday afternoon and in doing so manages to capture two of major post-match talking points.

The first is the disgraceful booing of Celtic’s first gaolscorer Kyogo as he touched to ball several times in the build-up the Celtic winner that gave the club a first away win in the Scottish Premiership since Valentine’s Day.

The second occurs just after Celtic’s winner was scored by Jota and as the Celtic players celebrate a plastic bottle is thrown from behind the goal at the Celtic players. What Kyogo’s reaction to this as he attempts to calm the angry Aberdeen fans down. 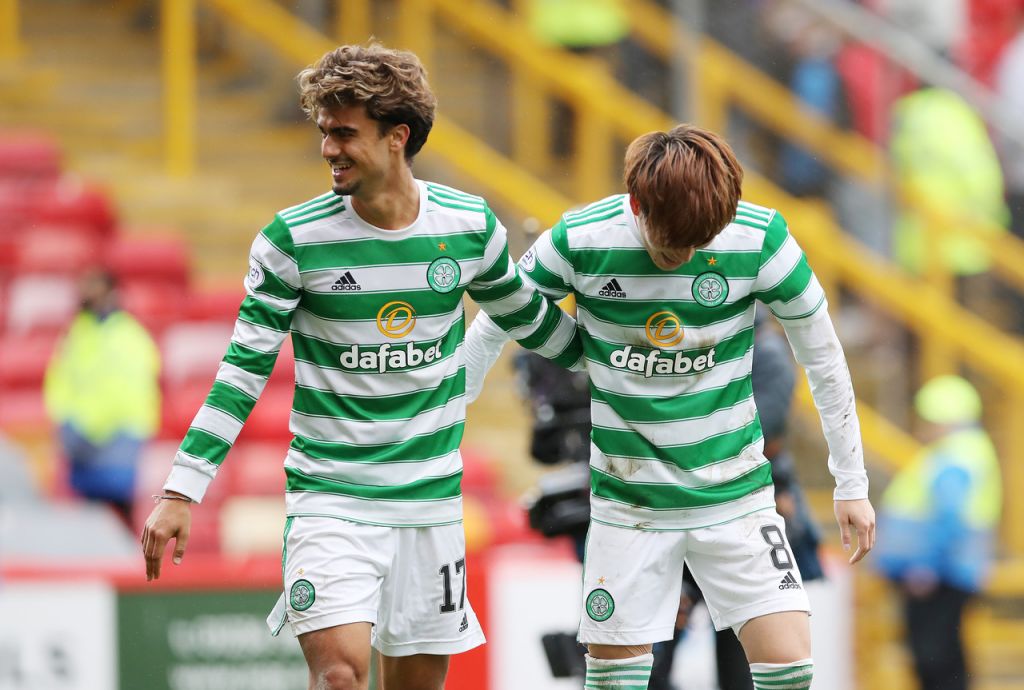 You have to wonder why the Aberdeen fans singled out Kyogo for the booing treatment, he was the victim of a foul that Bobby Madden actually awarded in Celtic’s favour and their spotty full-back reckoned he’d got the ball. He didn’t but even if he had it’s still no justification for booing a player who was subjected to exactly the same treatment at Ibrox at the end of August.

The Aberdeen fans used to sign ‘We hate Rangers more than you’ to the Celtic Support. Now it’s hard to tell them apart from the Ibrox mob.

Serious question: watch this video and in particular the “booing” of Kyogo. So which category does this come under “racist booing” or simply “booing” #AskingForAFriend haven’t seen the SMSM calling it out mmmmhttps://t.co/CFotYzJcJ4 via @YouTube