You are at:Home»Latest»Celtic v Ferencvaros – Matt Corr’s precis on the Budapest club 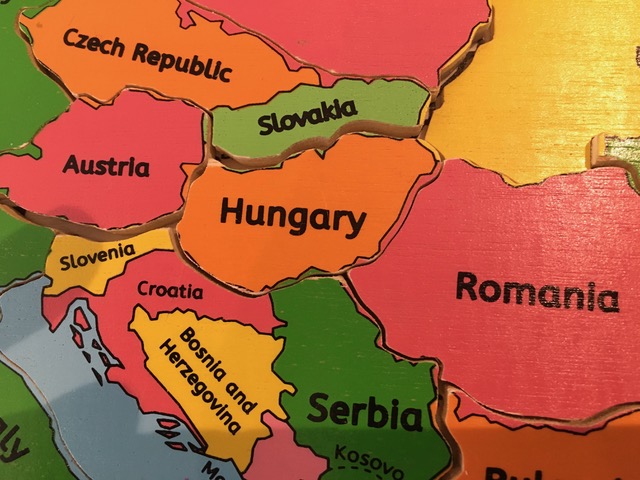 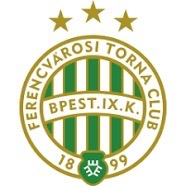 Ferencvarosi Torna Club will represented Hungary in the 2020/21 Champions League having beaten Celtic in the qualifiers. They have a UEFA co-efficient of 9, compared to Celtic’s 34.

The club known universally as Ferencvaros was established in the Budapest district of the same name on 3 May 1899, St Albert Kidd Day.

Home kit for Ferencvaros is all-green with white and black trim, whilst the away strip is predominantly black with green facings and trim. 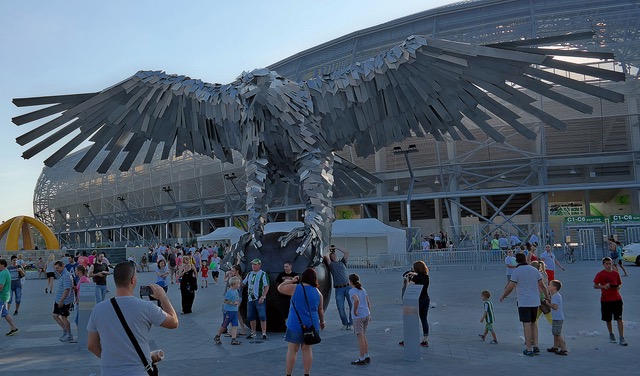 The club’s home ground is the beautiful Groupama Arena in Budapest, which holds 22,000 spectators. It was opened in 2013. Prior to that, Ferencvaros had played at the Ulloi uti Stadion from 1911. The Ulloi uti was rebuilt in the early ‘70’s then renamed the Stadion Albert Florian in 2007, in honour of one of the club’s all-time favourite sons. Florian Albert was the man who won the Ballon D’Or in 1967, ahead of Bobby Charlton and our own Jimmy Johnstone.

Ferencvaros is often referred to as Fradi (Giants), albeit it also has the nicknames Zold Sasok (Green Eagles – after the club’s official mascot) and Zold-feherek (Green-and-whites).

Ferencvaros won the 12-team Nemzeti Bajnoksag I by a massive 13 points from closest rivals Fehervar, the club formerly known as Videoton. The fixtures were completed at the end of June, following a two-month suspension of play caused by the COVID pandemic.  Last season they extended their winning points margin to 20 points more than runners up Puskas FC winning 23 of their 33 games, drawing nine and losing only the one. 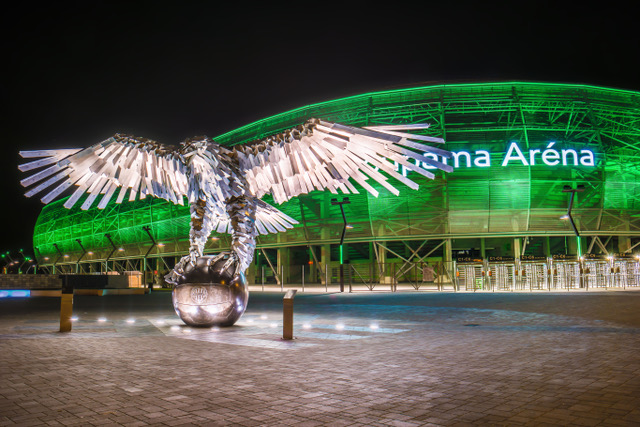 Former Ukrainian international striker Serhiy Rebrov has been the Head Coach at Ferencvaros since August 2018. He was a star in that excellent Dynamo Kiev side of the late 1990’s, partnering Andriy Shevchenko, before less successful spells in England with Tottenham Hotspur and West Ham United.

Ferencvaros are the most successful of Hungary’s clubs, with 32 national titles and 23 Hungarian Cups (Magyar Kupa). They have been Hungarian champions in three of the past five seasons.

Like Celtic, Ferencvaros have won one of their three European finals.

In the 1964/65 Inter-Cities Fairs Cup, they beat Juventus 1-0 in the Italians’ own Stadio Comunale in Turin tio lift the trophy, having beaten Manchester United in a play-off in the semi-final.

English opposition would prevail in the final of the same tournament three years later, Leeds United winning the two-legged final against Fradi thanks to a Mick Jones goal at Elland Road. Ferencvaros had beaten Liverpool home and away en route to that final, whilst, bizarrely, Leeds had beaten Hibernian, Rangers then Dundee in the last three rounds to secure a place in the final.

The third final for Ferencvaros would come in the 19754/75 European Cup Winners’ Cup. They would again eliminate Liverpool, this time on away goals, before coming up against a powerful Dynamo Kiev side in Basel. An Onyshchenko double and a third from the great Oleg Blokhin would see the trophy head for the Soviet Union.

Their first-ever appearance in Europe had come in Glasgow, a 4-2 defeat at Ibrox followed by a 2-1 win in the Nepstadion in the inaugural Cup Winners’ Cup of 1960/61.