CELTIC have clarified the route for the Victory Parade on Saturday IF we manage to defeat Hearts and win the Scottish Cup. No doubt Hearts will have similar plans in place, probably involving a parade through Edinburgh on Sunday as they have done on other occasions when they have won the Scottish Cup.

The Celtic open top bus will make its way from Hampdem to the official starting point which is just across the river at the Saltmarket where it will travel along to Glasgow Cross before turning right to go along the Gallowgate towards the Tennent’s Brewery where it will end. 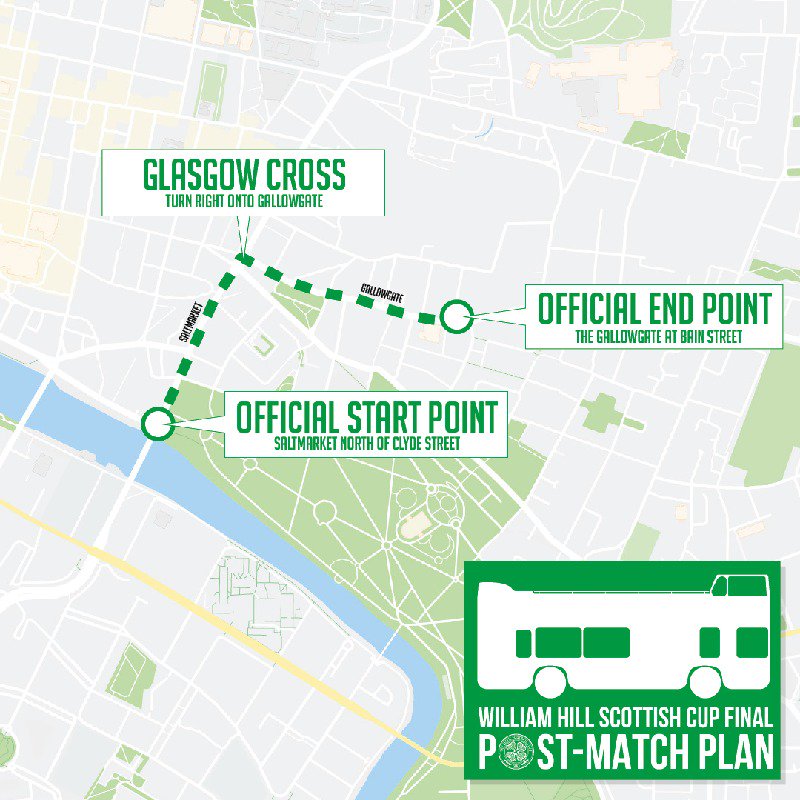 Celtic have also reminded supporters NOT to go to Celtic Park as this is being used for the Pro14 Rugby Final. That final between Glasgow Warriors and Irish side and current holders Leinster is heading for a could have a higher attendance than the Scottish. Over 40,000 tickets had been sold by midweek and demand was high, with plenty of supporters coming across the Irish sea to support their team.

“Fans should note, that regardless of the result on Saturday, there will be no event for supporters at Celtic Park and they should not visit the stadium post-match. Celtic players will not be returning to Celtic Park,” the club has tweeted today.

ℹ️ Fans should note, that regardless of the result on Saturday, there will be no event for supporters at Celtic Park and they should not visit the stadium post-match. #CelticFC players will not be returning to Celtic Park. 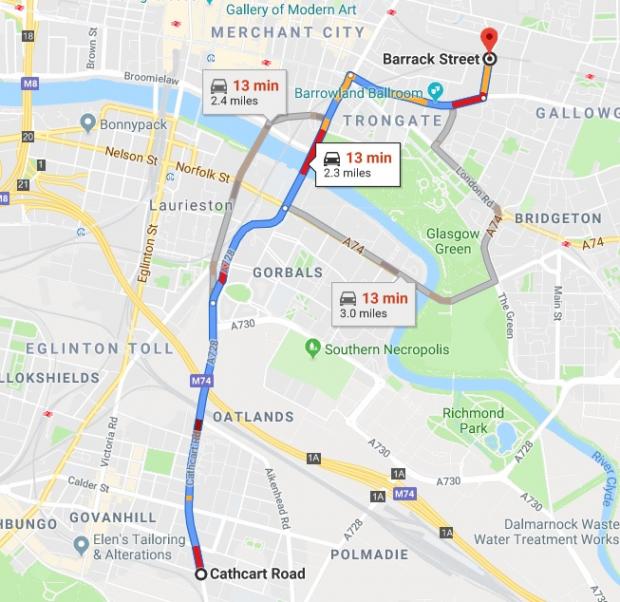 Celtic Football Club announced today that in the event of Celtic winning the 2019 Scottish Cup, an open-top bus procession would be held in Glasgow after the match to celebrate the winning of the Treble Treble.

While we realise this will be an extremely difficult match against Heart of Midlothian (who are also putting in place similar post-match plans) and it will be a major challenge for Celtic to win this trophy once again, we are pleased today to outline potential post-match plans for Saturday, providing important information to supporters, with the aim of assisting planning and safety.

The open-top bus procession would begin at the bottom of the Saltmarket, north of Clyde Street at approximately 6:30pm, with the chance to line the streets and applaud the team, with the parade ending around Bain Street.

Fans should note, the event would be a ‘rolling’ bus procession and will not feature any fixed event or opportunity to gather at its start or completion.

Public safety is of paramount importance in all such occasions and very importantly, we would ask that during the bus parade, should it take place, all supporters follow all directions and instruction by Police Scotland and stewarding staff.

It is very important that supporters remain behind barriers and do not enter roadways. Should any significant safety concerns arise, then the parade will be re-routed.

In this regard, we sincerely thank fans for their support and co-operation in advance.

We would also like to thank Police Scotland and other authorities for their support and management of this event should it take place.

We would also like to remind everyone of the major European rugby event taking place at Celtic Park this Saturday.

Fans should note, that regardless of Celtic’s result on Saturday, there will be NO EVENT FOR SUPPORTERS AT CELTIC PARK and they should NOT visit the stadium post-match. Celtic players will not be returning to Celtic Park.