You are at:Home»Latest»Celtic v Hibs: team news, KO time, covid checklist and where to watch

Celtic return to action this evening following the winter break with Shaun Maloney’s Hibernian arriving at Celtic Park. A 3-1 win over St Johnstone ended 2021 with just 500 fans in Perth; however, it will be a full-house tonight with 60,000 fans eagerly anticipating a return to action following the period away from the games due to Omicron.

With five subs reintroduced expect to see that being utilised this evening by both managers. Ange Postecoglou will be without Kyogo, and David Turnbull while tonight is likely to be too soon for both Christopher Jullien and Jota, although the Portuguese winger may be a surprise inclusion in the squad. The three signings from the J-League announced on Hogmanay are expected to feature this evening. Daizen Maeda from Yokohama F. Marinos, Yosuke Ideguchi from Gamba Osaka and Reo Hatate from Kawasaki Frontale have all got The Celtic Support hugely excited and we can expect to see all three in action this evening with perhaps Maeda and Hatate starting and Ideguchi coming off the bench. 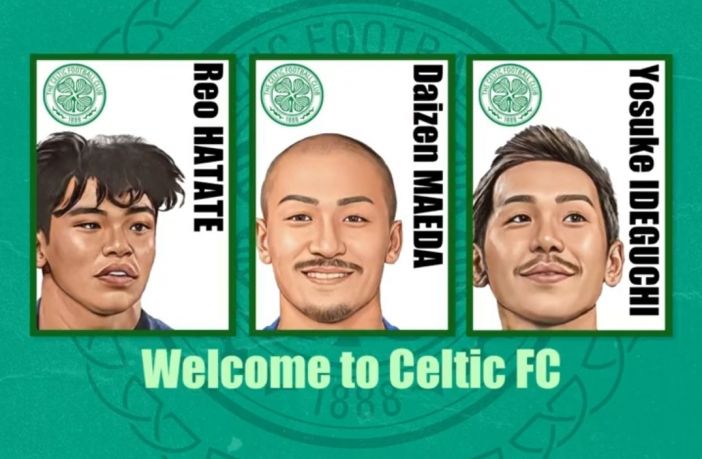 Greek striker Giorgos Giakoumakis is likely to be involved, again allowing Ange Postecoglou to rotate from the bench and James Forrest is also fit and raring to go. With Liel Abada scoring twice at McDiarmid Park it will be a tough call who gets the nod on the right wing. Barkas played well on Boxing Day but Joe Hart is likely to be back in goals, as the Greek international keeper perhaps looks at his options for the last two weeks of the transfer window. Scott Bain, who today signed a contract extension at Celtic under summer 2024, is likely to be the substitute goalkeeper.

The cinch Premiership match at Celtic Park this evening kicks off at 7.45pm. Supporters are reminded that under the newly issued  Scottish Government  guidelines around 30,000 supporters will have their Covid status checked so this could cause delays in entering the stadium. Earlier than usual arrival is probably a decent shout.

❕ Attending #CELHIB? Please take the time to familiarise yourself with the latest guidance:

The match is NOT live on Sky Sports but is available via Pass to Paradise for all season ticket holders. Subscribers to Celtic TV outside the islands of Britain and Ireland can watch the match live on the club’s own channel as per usual and for supporters inside Britain or Ireland there’s also a PPV option this evening – ORDER HERE – with the cosy being £12.99.

📺 Can't be at Paradise for #MondayNightFootball?

You can still tune in to all the live #CELHIB action from home, with StreamDigital’s Pay-per-view option ⤵️