You are at:Home»Latest»Celtic v Real Madrid: Green Brigade calls for united effort from stands and pitch

North Curve Celtic have this morning issued an update for the Celtic supporters attending tomorrow evening’s Champions League match against Real Madrid at Celtic Park, asking for the fans to provide encouragement, support and crucially patience throughout the match.

The message also includes instructions for the supporters sitting in both tiers of the North Curve for the pre-match tifo that has been prepared especially for this historic occasion. 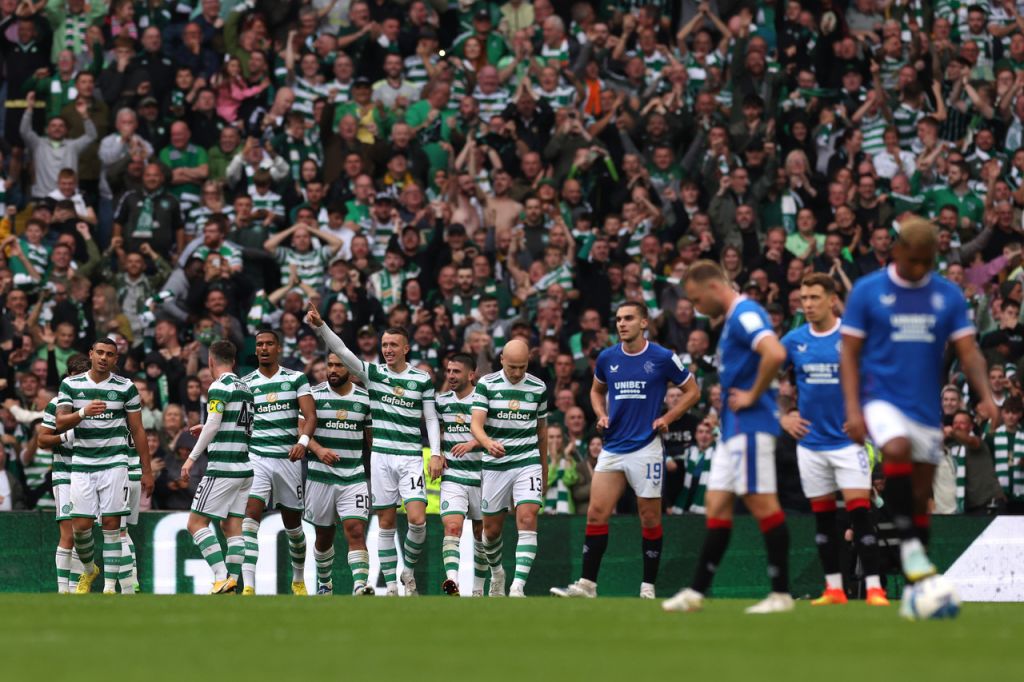 Quite the display at Celtic Park pic.twitter.com/VFoIzU0jtq

Here’s the message from North Curve Celtic issued this morning…

“Real Madrid suffered defeat on their last visit to Celtic Park 42 years ago. To emulate that famous night will require a united effort from the stands and pitch.

“The support has a duty to reignite the once-feared Celtic Park fortress and make our home hostile and intimidating for the visitors. We must rally behind our team and remain with them, demonstrating patience and encouragement at all times.

“To help set the tone, a tifo has been prepared for the entire North Curve, covering both tiers.

“We ask that all fans in this area use the material found at your seat when the teams emerge from the tunnel and use these up until the Huddle.

“As ever, we thank the support for your continued backing.” 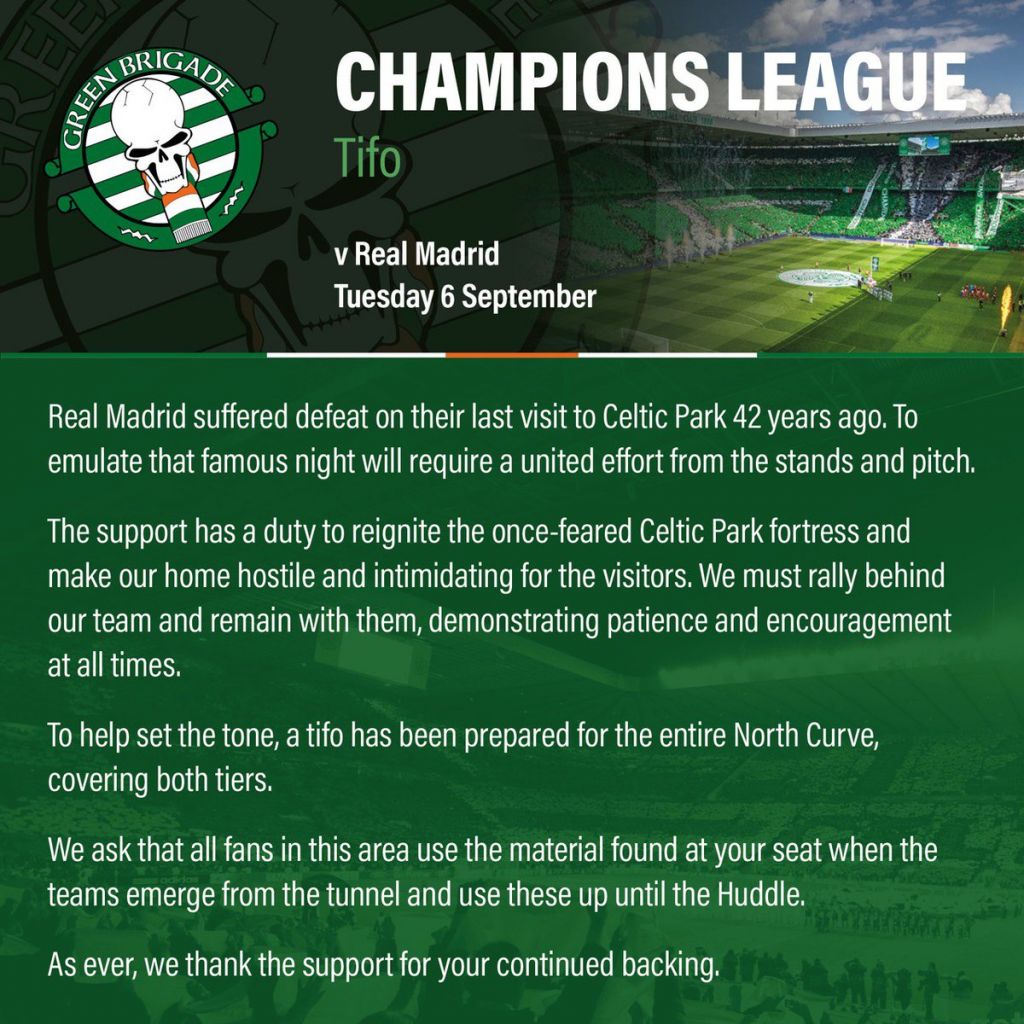 And hopefully, this man will be allowed to perform pitchside at the Jock Stein stand ahead of kick-off (not sure if UEFA will allow it) but wasn’t Liam brilliant yet again on Saturday?

READ THIS…Celtic v Real Madrid: “They can’t turn up and stroll around. Celtic will outrun them,” Chris Sutton

Donations to the Green Brigade tifo fund can be made below:https://t.co/MqCLETxGJs

Previous ArticleCeltic v Real Madrid: “They can’t turn up and stroll around. Celtic will outrun them,” Chris Sutton
Next Article Celtic’s Next Six Matches – Champions League the Priority