You are at:Home»Latest»Celtic v Sarajevo – Morgan starts, Boli’s Back

NEIL LENNON has handed Lewis Morgan a start this evening against Sarajevo, as The Celtic Star told you earlier today. The winger is rewarded for his decent showings a substitute last week in the first leg and against French cup winners Rennes at the weekend.

Scott Bain returns to the Celtic goals, Kristoffer Ajer is once again called upon at right back – needs must and all that – while Jozo Simunovic and Nir Bitton are paired at the centre of the Celtic defence. At left back Boli Bolingoli is fit after picking up a knock on his debut in the Bosnian capital.

In midfield Scott Brown and Callum McGregor star with Ryan Christie in the number 10 slot. James Forrest and Lewis Morgan are the wide-men while Odsonne Edouard leads the line.

On the bench Neil Lennon has opted for Gordon, Jullien, Ralston, Hayes, Henderson, Sinclair and Griffiths.

Celtic have a 3-1 advantage from the first leg and should have more than enough to win comfortably this evening. Enjoy the match. COYBIG 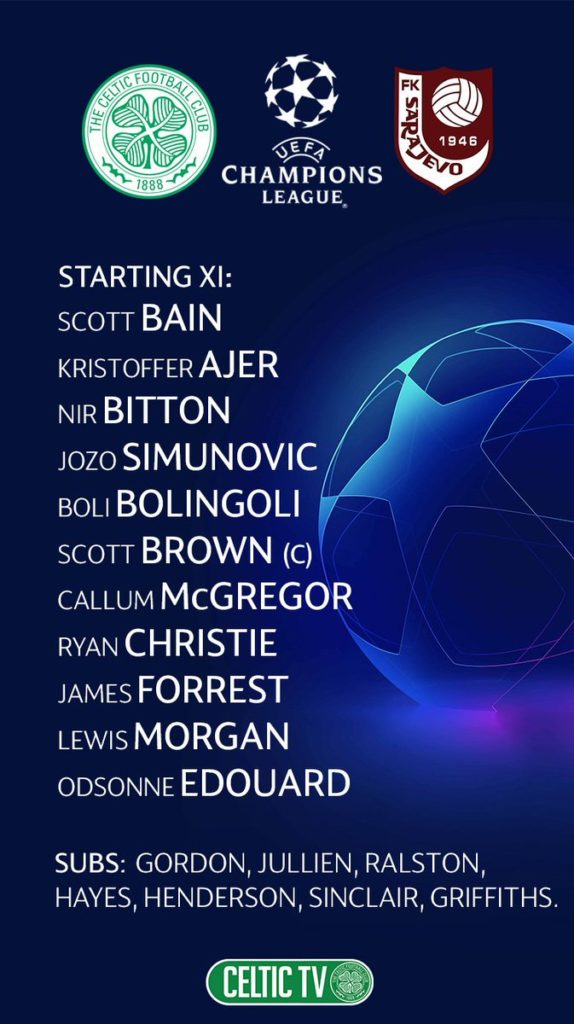