You are at:Home»Latest»Celtic v West Ham – team news, kick off time and where to watch

Celtic face West Ham United this afternoon in the final pre-season friendly before the Premiership kicks off next weekend. Ange Postecoglou will be mindful of the game against FC Midtjylland on Wednesday night, with Celtic fate in the Champions League hanging in the balance. Former Celt David Moyes arrives at Paradise this afternoon having guided West Ham to 6th in The Premier League last year. It will be a tough test but both teams will likely be cautious about fielding too many first team regulars.

West Ham will be without Declan Rice but they will play a strong outfit as Moyes prepares his side for their league opener versus Newcastle United in the middle of August. 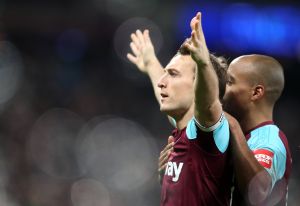 Carl Starfelt and Kyogo Furuhashi remain out as the pair continue to quarantine following transfers to the club. Dane Murray will likely play a part as he looks to start on Wednesday against the Danes. Postecoglou needs to balance the need to get players ready for the Champions League qualifier but also making sure no-one gets injured, like the game against Bristol City.

Postecoglou will still not be able to call upon Mikey Johnston or Karamoko Dembele with the youthful wide pair being injured in the pre-season friendly against Bristol City. It remains unclear how long they will be out for but the debut from Liel Abada and James Forrest returning to the bench will ease the manager’s concerns regarding his wide options for now. Ryan Christie was excellent on Tuesday night but the manager may look to rest him as he fears any potential injuries hampering his side’s chances in Denmark.

Olivier Ntcham was not included in The Champions League squad despite playing a half in pre-season against Charlton Athletic. If the French midfielder is not included today and he is fit, you would suspect that the club are attempting to move him on.

The game will kick off at 3pm Celtic Park Time. 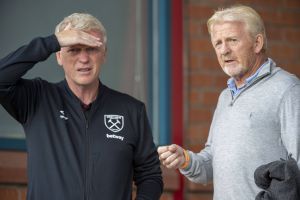 Celtic Season Ticket Holders that were unsuccessful in the ballot can watch on The Pass to Paradise while non-STs can watch on Celtic TV or Premier Sports (subscriptions required).