You are at:Home»Latest»Celtic versus the football royalty that is Real Madrid

March 1980 commenced with a vital win in the top-of-the-table clash at a packed Cappielow, on Cesar’s 40th birthday, a quick piece of thinking by the veteran Lennox setting up Doyle for an early winner and a degree of revenge for the October defeat at the same venue. 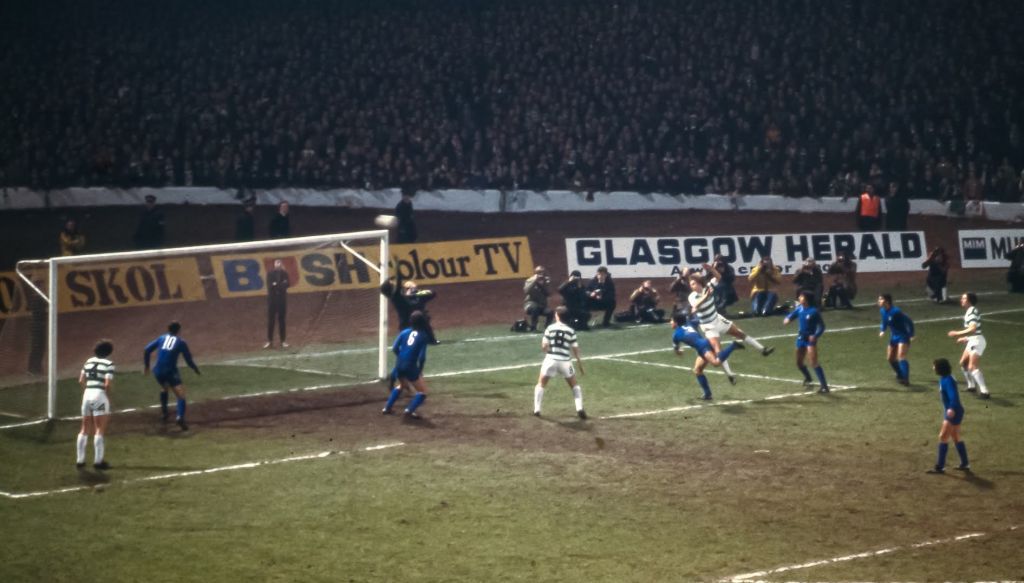 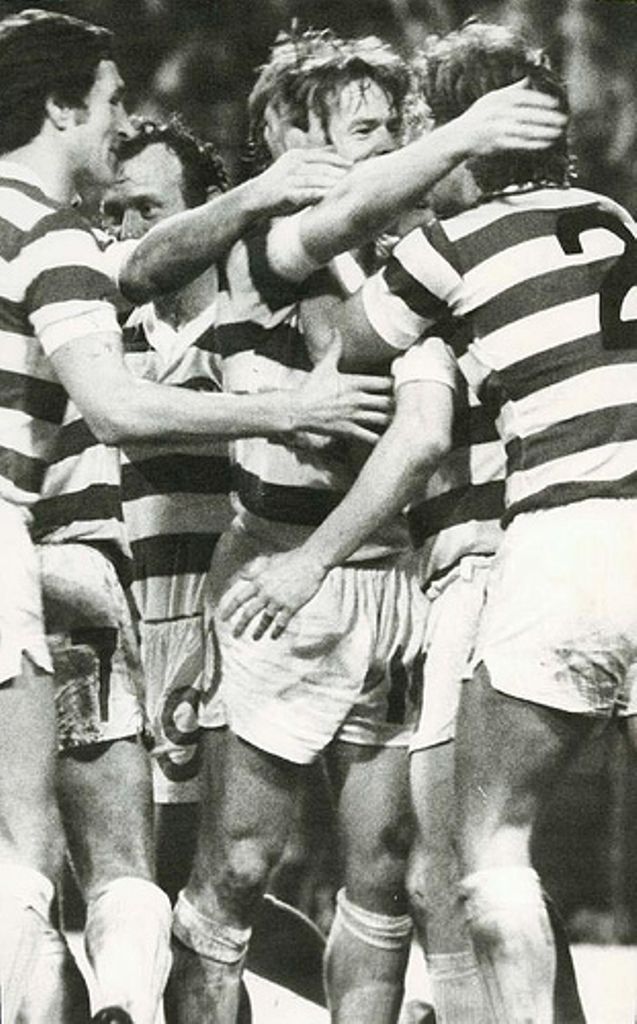 The next game was the most eagerly-awaited for many years, as the football royalty that is Real Madrid came to town, for the first leg of the European Cup Quarter-final. All 67,000 tickets were snapped up for the clash, Celtic’s biggest match since the infamous Semi-final against their city neighbours some six years previously.

The first half went much as predicted, Real’s star man, Englishman Laurie Cunningham causing problems and going close, however at the interval the game was still goalless. The second period saw a transformation in Celtic, who spied an opportunity and went for it. The unlikely hero was right-back Alan Sneddon, new to the team but already oft-maligned by supporters, careering down the stand side to set up both goals. 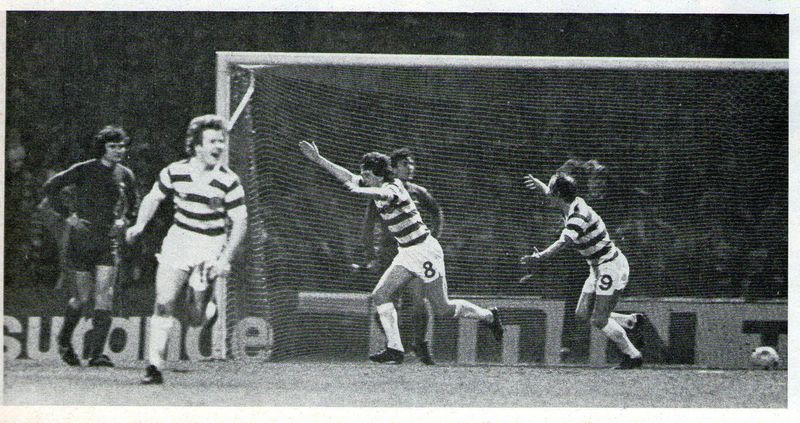 The first came in the early minutes, as Sneddon saw his fierce shot parried by the goalkeeper, only for George McCluskey to knock the rebound home and send Celtic Park into a frenzy. With fifteen minutes remaining, he then threw a high cross into the box and we watched in disbelief as the diminutive Doyle timed his run and jump to perfection to double Celtic’s lead. 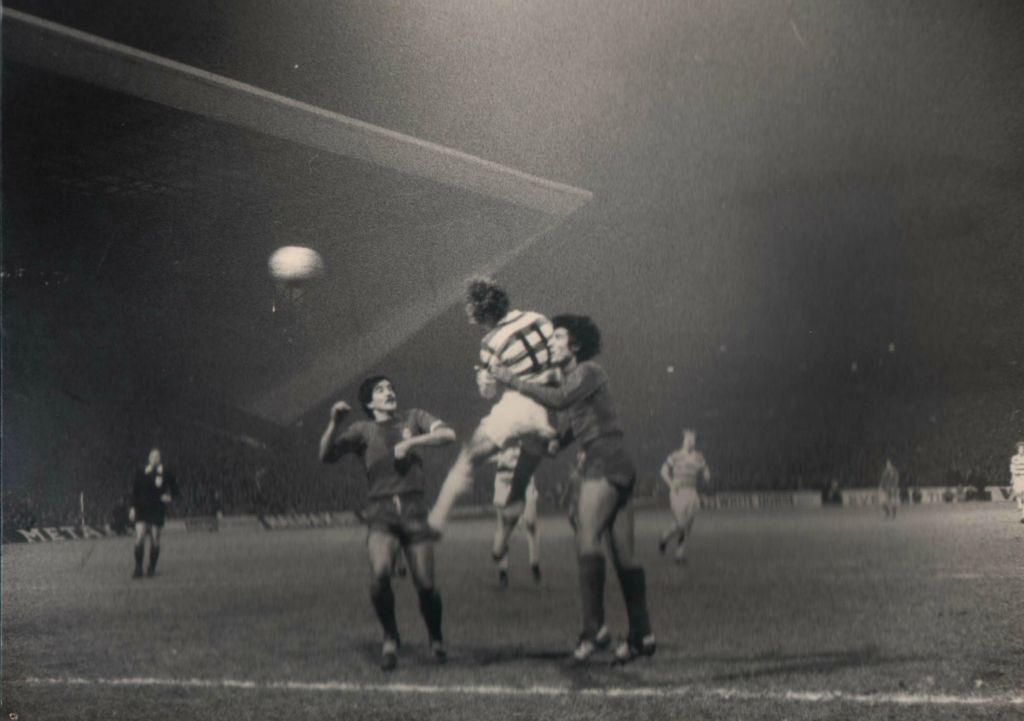 Whilst there were other opportunities, the general consensus was that a two-goal lead without the concession of an away goal was a fabulous outcome and more than we had dared hope prior to kick-off. Of course, it was also acknowledged that Real on their own ground, venue for that season’s European Cup Final, would be a completely different proposition and would present the ultimate challenge for Billy’s young team. 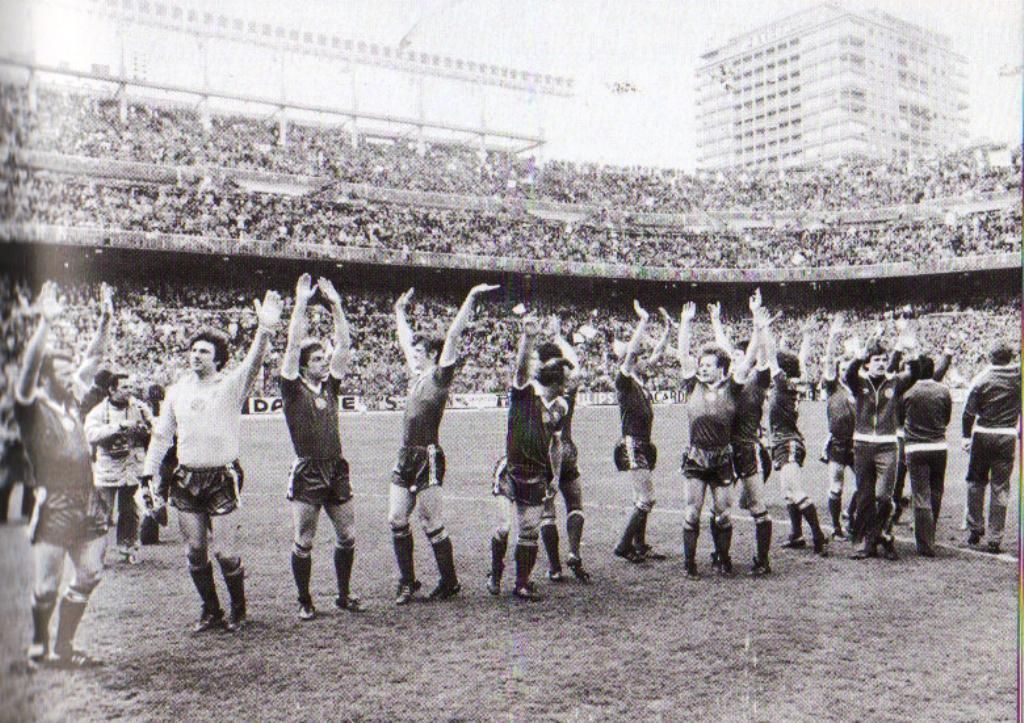 So it proved a fortnight later in Madrid, in front of 120,000 baying fans. Two players survived from the previous clash in the Bernabeu in June 1967, in what was the great Alfredo di Stefano’s last-ever appearance. For Celtic, Bobby Lennox, scorer of the only goal that night in what was his great friend Jinky’s masterclass, facing legendary Real captain Jose Martinez Sanchez, better known as Pirri.

Both players had served their clubs with great distinction for many years, with double-digit title wins and a European Cup winners medal, providing mirror-image careers. This European campaign would be the last for both fine servants and, sadly, Lemon’s would end tonight in tears.

A glorious chance passed up in the opening minutes by George McCluskey would come back to haunt Celts just before half-time, as Latchford missed Cunningham’s corner and Santillana forced the ball home. With the crowd now behind them, Real stepped through the gears after the break. 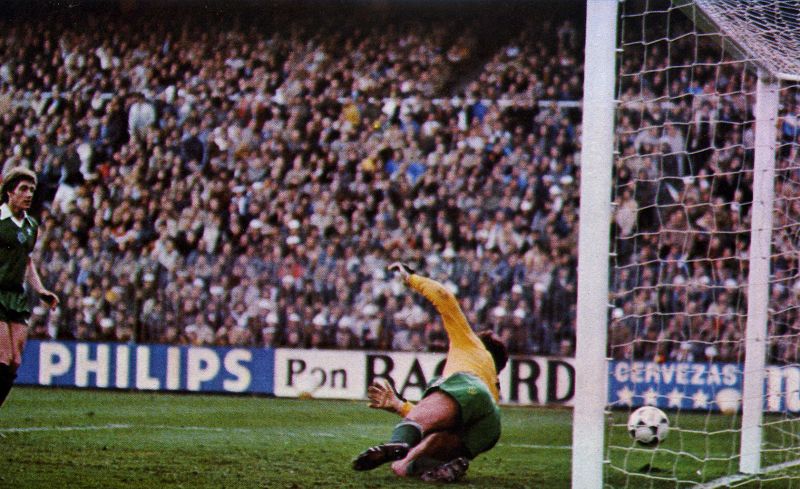 A fantastic move ended with the German Stielike lashing the ball past Latchford and the tie was level within the hour. McNeill’s young team fought bravely, however, there was a certain inevitability about the winning goal, which came in the last ten minutes from a Juanito header. 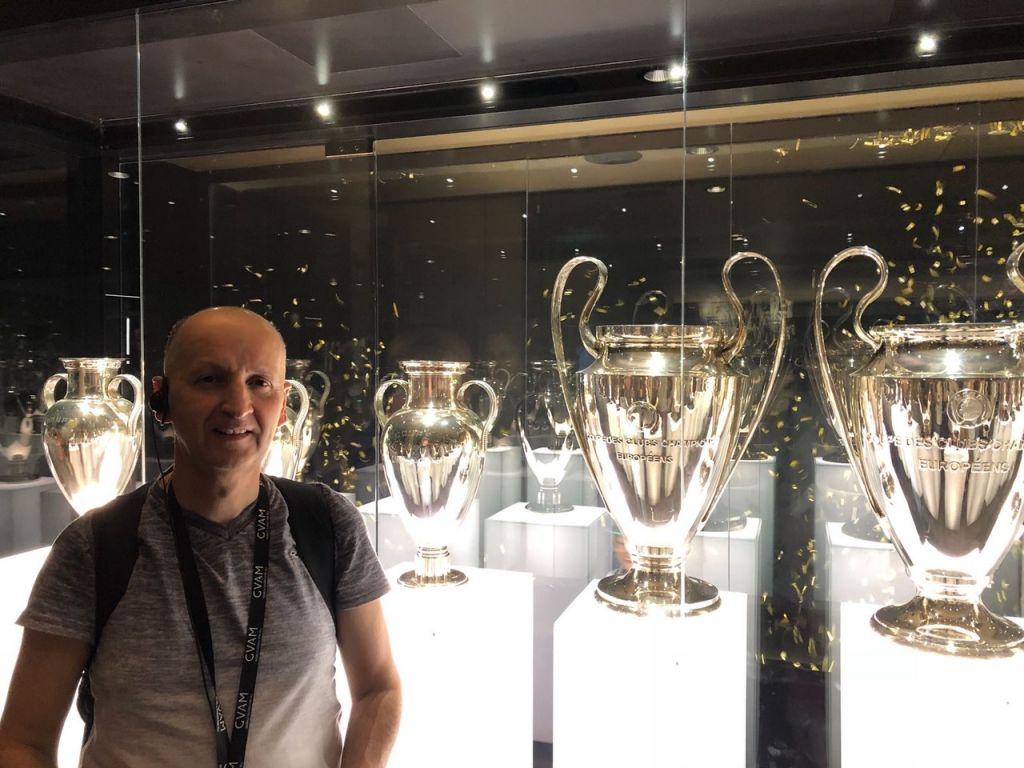 In the Bernabeu museum last year, I was forced to relive the agony of that night, as I came across a display dedicated to that match. I suppose there was a certain comfort that in a club with such a spectacular history, they still regarded that comeback as one of their own special nights. 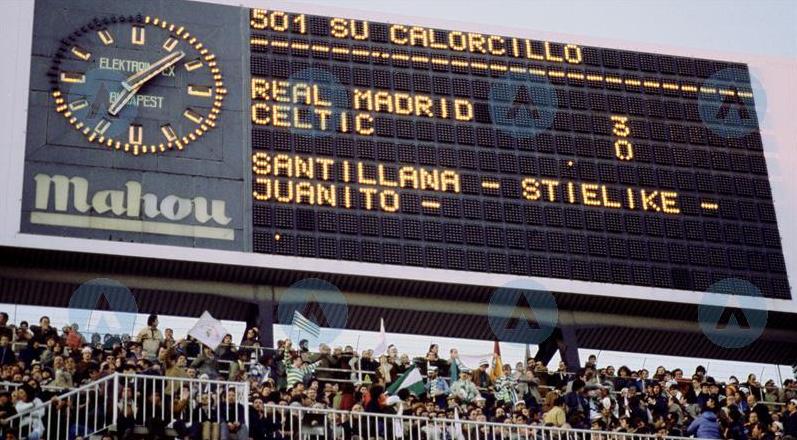 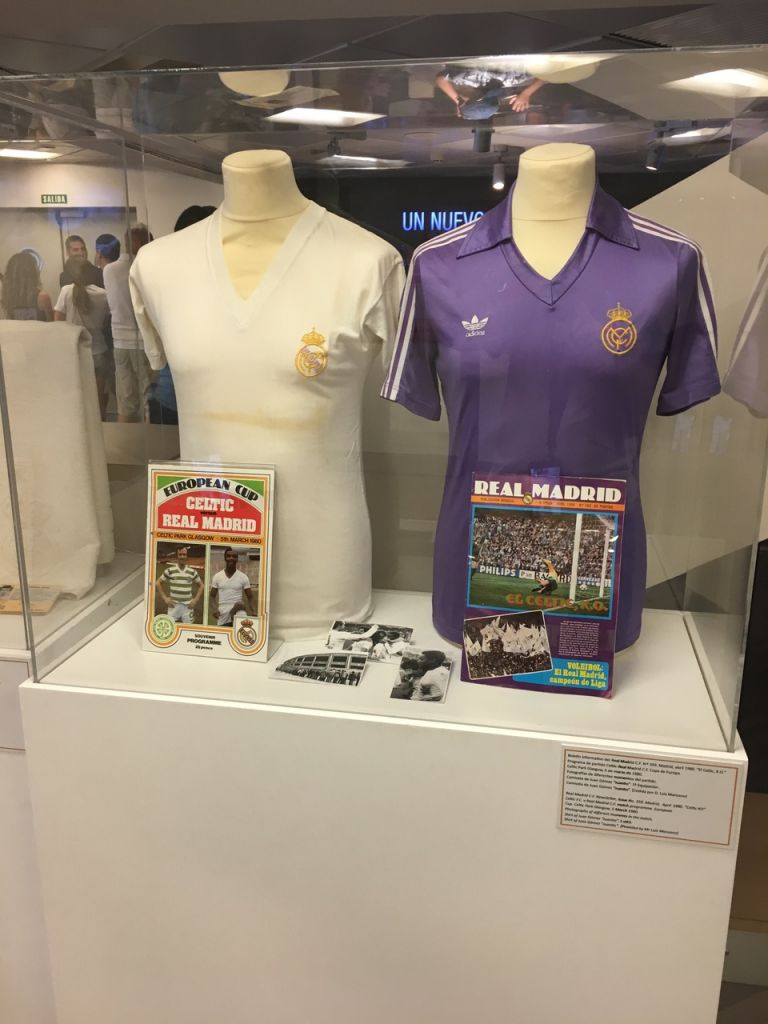 Giakoumakis to Atlanta United is a £4.3m ‘Done Deal’ reports Fabrizio Romano
Video: What Ange Postecoglou said to the Celtic Board
This is what ‘Big Oh’ can ‘Bring to the Table’ – Joe Hart
Previous ArticleCeltic get both Real Madrid glamour and realistic chance to progress in Champions League draw
Next Article The last time Shakhtar Donetsk visited Paradise