You are at:Home»Latest»Celtic Veteran Set for International Recall

Celtic’s forgotten man, Craig Gordon, could fulfil his dream of an international recall as Steve Clarke looks for another goalkeeper ahead of this month’s semi-final versus Israel.

Gordon hasn’t played since Cluj away in December but Steve Clarke’s goalkeeping options appear to be limited. David Marshall and Jon McLauglin are expected to be part of the squad but Gordon could gain a recall as Portmouth’s Craig MacGillivray hasn’t played any games in 2020. 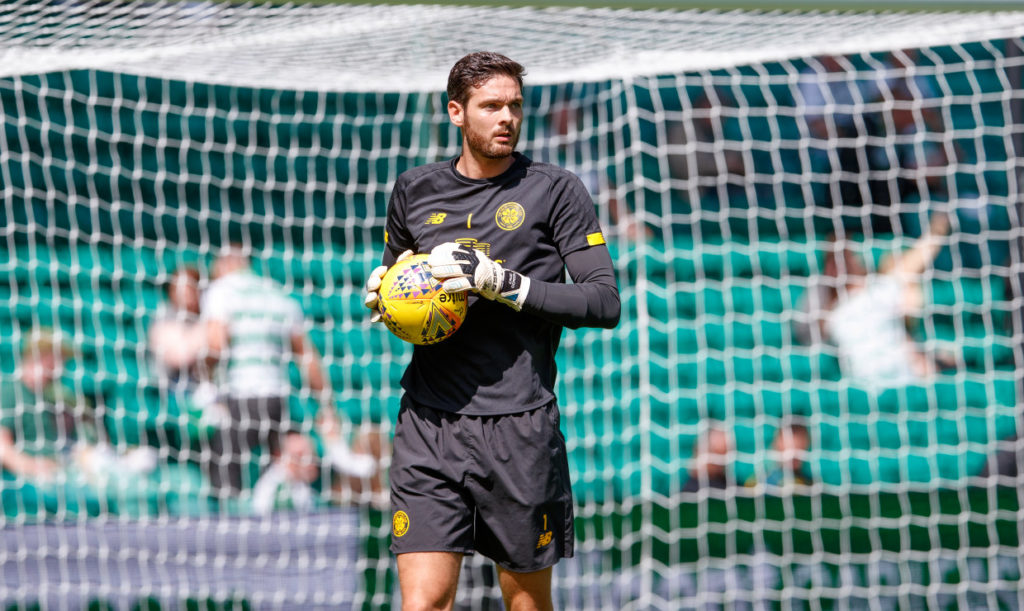 According to the Scottish Sun, Clarke has vowed to speak to his and Celtic’s goalkeeping Stevie Woods to see if Gordon has been impressing in training to see if he warrant a call up.

Gordon, 37, has 54 caps for Scotland and could achieve a dream of representing Scotland if Woods and Clarke agree that he can help the national team.

Gordon’s teammate, Scott Bain, is also an option for Clarke along with QPR’s Liam Kelly.

The ex-Hearts man has just a few months remaining on his deal at Celtic Park and wanted to leave the Scottish Champions in January for regular games.

Whether Neil Lennon offers him a new deal is surely dependent on whether a deal can be done for Fraser Forster.