You are at:Home»Latest»Celtic want to sign in-form Swedish striker in January

It is no secret that Celtic are in need of a striker at this moment. Odsonne Edouard is the only reliable option upfront at this moment and the pressure is seemingly starting to take its toll on the Frenchman as evident from his recent injury that almost forced him out of the League Cup final. As a result, the club are scouting Union Berlin’s Swedish striker, Sebastian Andersson, who has already scored 9 goals this season.

Celtic will be looking to sign a striker in the upcoming transfer window, that has been clear for quite some time now. Vakoun Issouf Bayo has failed to make an impression since joining the club. Leigh Griffiths is no longer the same player who scored 40 goals in a single season and took home all individual awards in 2015-16. And his continuous struggles with fitness mean that Edouard had not had much rest this season prior to his injury. 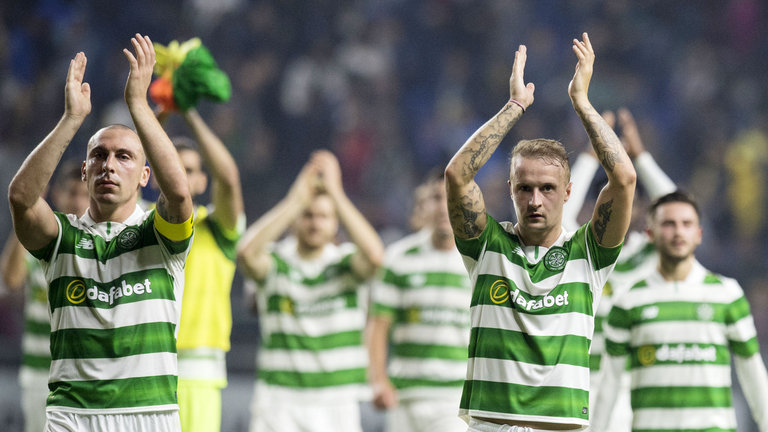 The fact that Neil Lennon chose to deploy Lewis Morgan at striker ahead of Leigh Griffiths just shows his current standing in the team. While he is still just 29 years old and might still be able to return to form, the club might be tempted to cut ties with Bayo soon.

Recent reports in the Bild suggest that the Hoops are scouting Swedish striker, Sebastian Andersson, who is currently plying his trade in Germany with Union Berlin. The Swede has scored 9 goals in 15 appearances this season. And while his contract runs out next year, Celtic should be looking to get the deal done as soon as possible. Especially with clubs like Ajax, Villarreal and Brighton also interested.

‘It’s nice to have a trophy wrapped up and it lets you push on from here,’ Ryan Christie eyes 9IAR