Karamoko Dembele has confirmed that his rehabilitation efforts from an ankle injury have hit a snag as he was forced to go under the knife. The 18-year-old was forced from the field in the draw with Bristol City during pre-season along with Mikey Johnston. Whilst Johnston is finally returning to action, Dembele took to social media to confirm that he was injured. 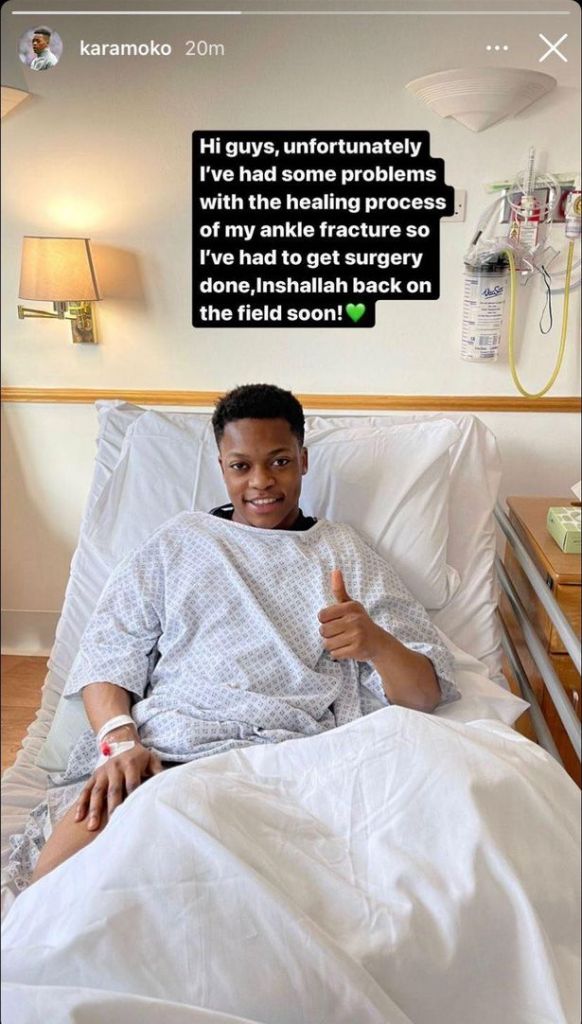 The youngster scored his first goal for the club in a win over St Johnstone towards the end of last season. The promising attacker came on for James Forrest in the second half and made an immediate impact, finding the net with a smart finish. Hopefully, Celtic will reap the rewards of Dembele’s obvious talents when he returns from injury.

John Kennedy helped integrate Dembele but the season was already done, many thought that this was due to the youngster running down his contract but Kennedy confirmed he had a year remaining. The worry for Celtic is that the player will be free to speak to new clubs in January.

The fact that Postecoglou cannot call upon Dembele will annoy the manager but with James Forrest and Mikey Johnston back involved, he will be able to provide competition for Liel Abada and Jota.