You are at:Home»Latest»Celtic youngster backs ‘serial winners’ to bounce back

STEPHEN WELSH was a surprise name on the team sheet on Saturday morning. Perhaps, though, the greatest surprise was the toothless performance by the Scottish Champions against their city rivals by not even registering a single shot on target across the entire 90 minutes. Although the youngster believes that the “serial winners” in the Celtic dressing room will make sure that the club bounce back from an embarrassing defeat at the weekend.

As reported by The Scottish Sun, Welsh is gutted by the display but believes that the club will be able to put the defeat behind them and close the gap in the hunt for 10IAR.

“There are serial winners in that changing room, so I have no problem with that. It is still early in the season and it is one result.

“Anything can change. You saw it last season and have seen it in other seasons when we have won all these trophies.

“It’s really disappointing, but we have so many big games to come back into. We just need to bounce back.”

Rangers are four points clear but Celtic have a game in hand versus Aberdeen, as well as three more games against their rivals. The last few performances have been totally unacceptable and in order to prevent Steven Gerrard’s side from derailing Celtic’s 10IAR bid. 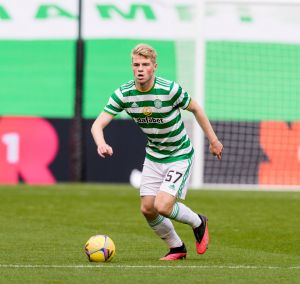 It was just Welsh’s second appearance for Celtic and despite a turgid display, the defender did not disgrace himself.

“It was a big day for me, but all that matters is to go and win the game. I’m gutted we didn’t do it.

“I don’t think we played well at all. Unfortunately, we came out of the wrong side with a defeat.

“I don’t think their keeper really had a save to make, so that’s disappointing.

“So were the goals we lost, and we need to work on that defensively.”

Welsh may be involved on Thursday as Celtic host AC Milan in Group H of the Europa League; however, the most important game is on Sunday versus Aberdeen as Celtic look to cut the gap on Rangers.

Since Neil Lennon returned to Celtic, both teams have won 3 games out of the 6. Prior to that, Brendan Rodgers won ten times, drew twice and lost once in thirteen games against their city rivals. Change is needed as at the moment, Rangers have Celtic where they want them.