We begin this year’s report by acknowledging the work done by everyone who participates in Celtic Pools lotteries helping to finance the Academy operations and allowing us to participate in the various activities and tournaments, which are highlighted below.

The Junior Academy continues to go from strength to strength. Under the leadership of Willie McNab, the activities have been increased, with the objective of producing Champions League players for the First Team. 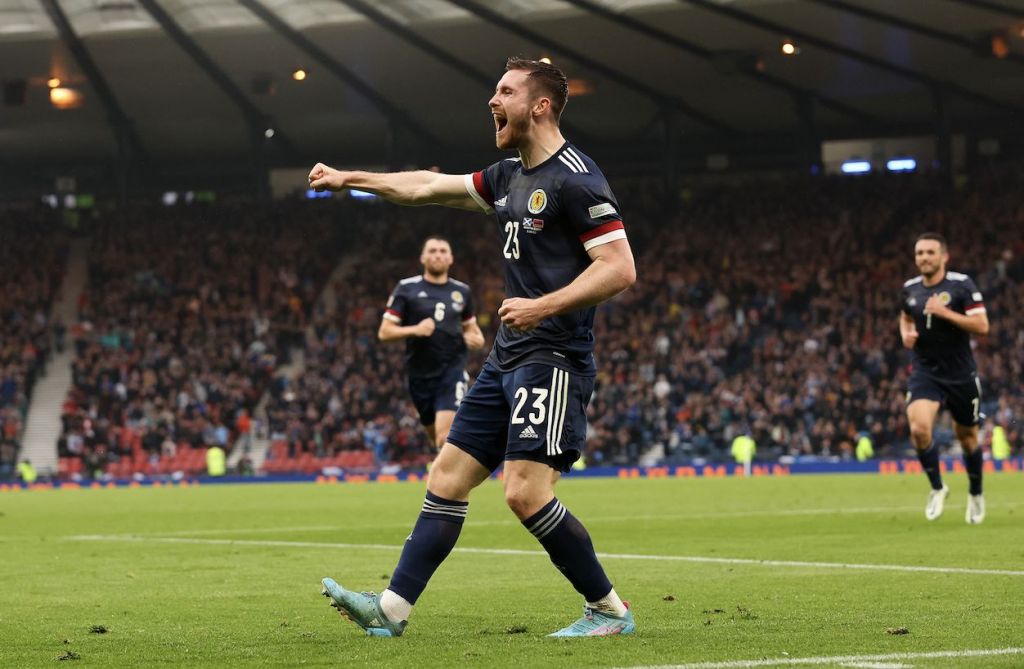 We are sure that the Celtic Pools stakeholders will be proud and delighted to see former youth players Club Captain, Callum McGregor, James Forrest and Anthony Ralston participating in this year’s UEFA Champions League and we hope that some of the young Bhoys will follow their example.

Willie oversees the under 8s, 9s, 10s, 11s and 12s at Barrowfield, in the Club Academy Scotland fixtures. He also looks after the Development Centres at various venues throughout the country. A major initiative for the young players over the last year or so has been the introduction of midweek Futsal (a version of indoor football) matches, against other professional clubs.

The Intermediate Academy continues with the St Ninian’s School Partnership. Again, we are grateful to Headteacher, Mr Paul McLaughlin and his staff for the support given to the Academy. Mr McLaughlin was delighted to welcome Manager Ange Postecoglou as guest speaker at the school’s recent prize giving for their S5/6 pupils. 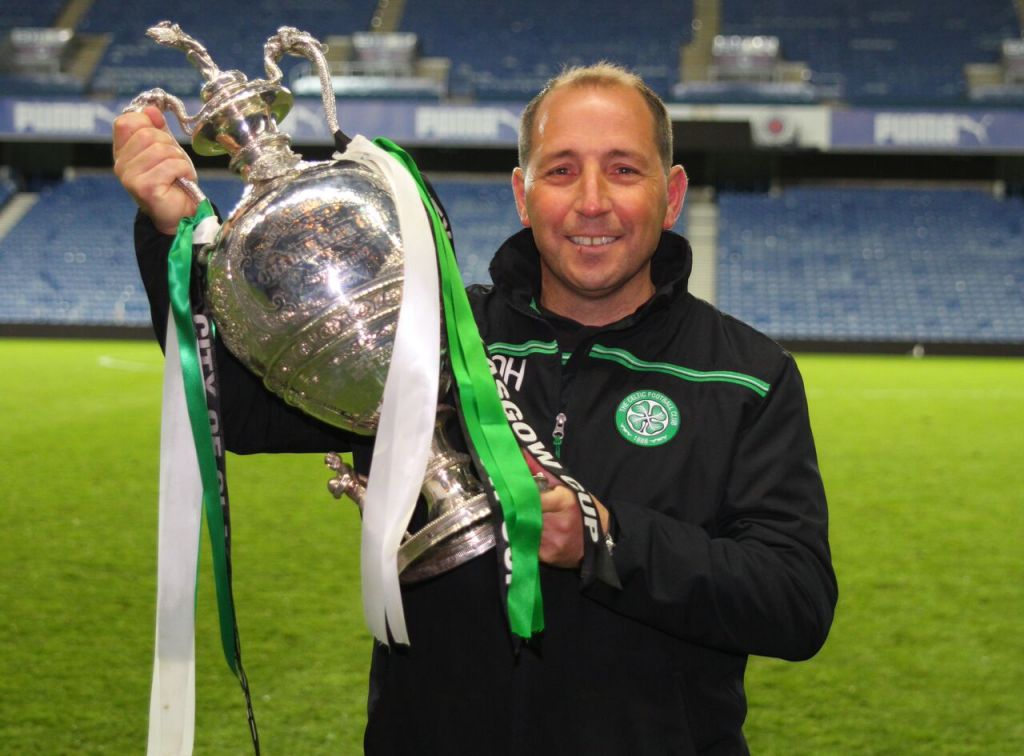 The feedback from pupils and staff was extremely positive and St Ninian’s are hoping that this could be repeated in future. The School Partnership football operations are in the capable hands of Michael O’Halloran, supported by Mark McNally, Miodrag Krivokapic and John McStay.

They continue with the early morning sessions during the summer months and train at the School or Lennoxtown most evenings. Last Easter the under 16s, managed by Michael, attended the Generation Adidas Cup, organised by the MLS in Dallas, Texas.

This was a tremendous experience for all involved. The management and players were not surprised to see the USA performing so well at the World Cup, as they were very impressed with how the American teams have developed over the last few years. Once again this season a number of the young players have represented Scotland, Republic of Ireland, Northern Ireland and England at Under 15 and Under 16 International level, adding to their experiences and development. 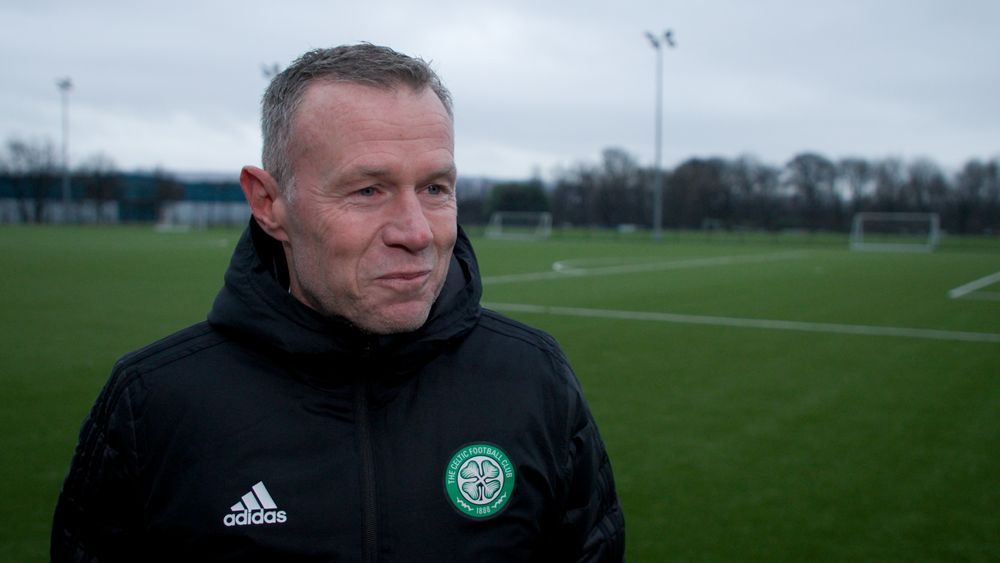 Earlier this season Stuart McLaren joined the Club from the SFA, and he has made his mark with the Under 18s. Stuart has vast experience from his time with the National Association, as well as playing and coaching previously in Australia.

The 18s are currently performing very well in their development league and continuing to perform well in the Scottish Youth Cup. More importantly, Stuart is delighted when any of his players are involved with the B Team and occasionally with the First Team. He managed the 18s in Dallas and found the experience invaluable in building relationships with his new colleagues as well as with his squad.

The ten-day period in the USA was crucial and allowed him the opportunity to share his views on player development and his expectations of how the young players can move to the next level. The number of 18s selected for the B Team throughout the season is a testament to everyone involved. 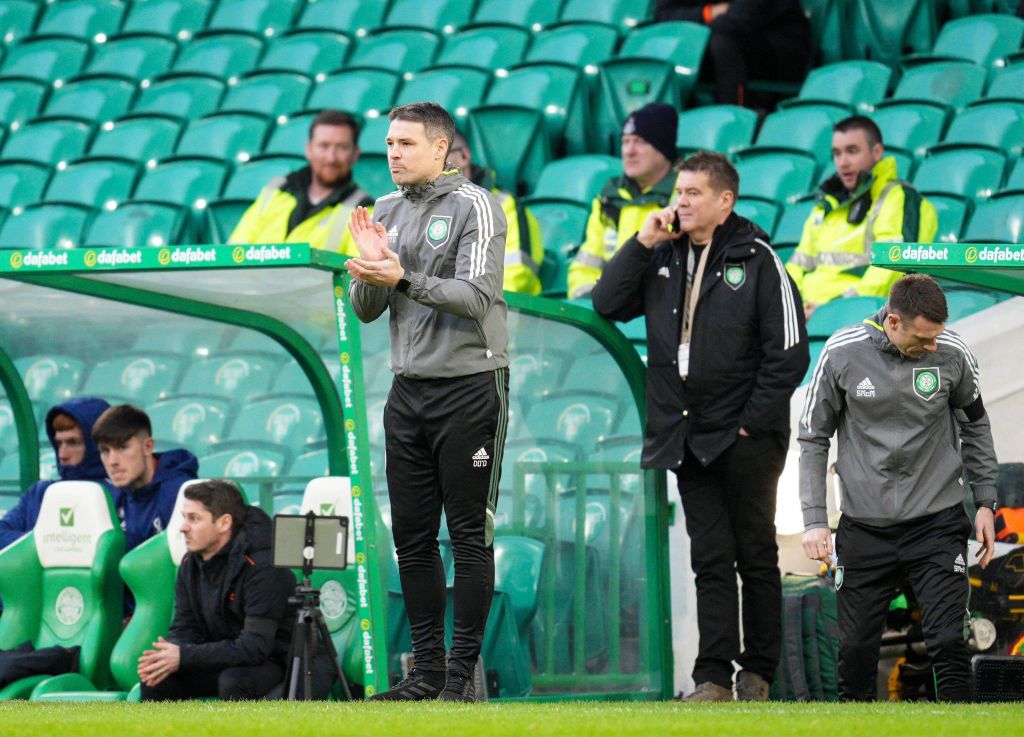 In the first part of this season, there were a number of managerial changes at B Team level, with former players Stephen McManus and Darren O’Dea now managing the squad. Their season to date has been eventful and extremely busy. They have continued to impress in the Lowland League and participated in the UEFA Youth League, playing the same clubs as the First Team, in the UEFA Champions League. This was an invaluable experience for players and staff alike.

They were up against some of the best young players and coaches in Europe. A major part of this experience was off the field where the squad mirror imaged the First Team in terms of travel, accommodation and preparation. It demonstrated to the young players what is expected of them when progressing and travelling with the Club at the highest level. 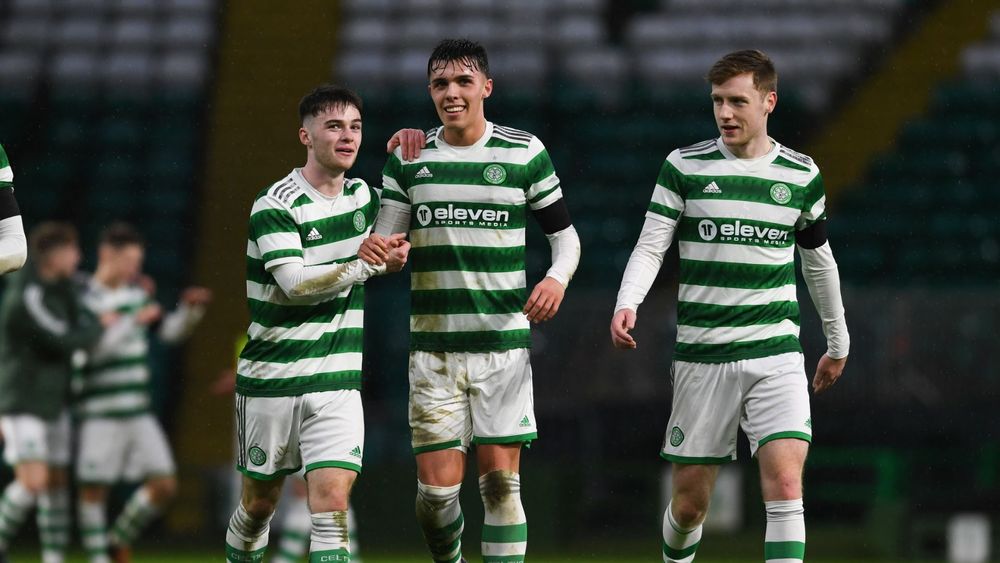 Celtic B team celebrating a win over Wolves

A further addition to the schedule for this group was the acceptance of an invitation to participate in the Premier League International Cup. All matches are played at the ground or training ground of the hosts Blackburn Rovers, Wolves and Leicester City. It has been a busy few months for all involved with this group and a tremendous experience for the young players plying their trade against top class opposition.

The overall Academy objective is to provide players for the First Team. To achieve this, the Academy adapts the same strategy as the first Team Manager with regard to preparation and in-game planning.

As you can see, it has been a very busy season to date for everyone within the Academy. It has been most rewarding witnessing the development and rise of young players to International level. As I said previously, all of the above is only possible through the support we receive from Celtic Pools. Thank you again and we look forward to your continued support.