You are at:Home»Latest»Celtic’s chance to retain Betfred Cup at threat

CELTIC’s chance to win a fifth Betfred Cup in a row is under threat as a result of the Coronavirus pandemic. Nicola Sturgeon announced yesterday that some sports could be taken out of cold storage but the prospect of Scottish football with spectators appears to be unlikely until the autumn.

The Scottish Sun are reporting that SPFL’s Neil Doncaster is weighing up plans for the League Cup as the group stages scheduled for the middle of July appear to be cancelled as a result of the restrictions.

Whilst the second-phase of Sturgeon’s roadmap to easing lockdown may permit training to resume, this wouldn’t give the teams enough time to prepare and could threaten the players welfare.

The options available to Doncaster will be to either scrap the tournament for the 2020/21 season or attempt a streamlined version of the competition. The latter seems most likely but as there is no date for the return to action, fixture congestion threatens plans to play the 2021 Scottish Cup as well as the remaining fixtures from the 2020 competition. 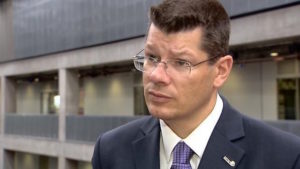 Neil Doncaster has said that the next season will be viewed as the most difficult for all clubs as the crisis is expected to deepen. The Chief Executive hopes to have a date to commence games soon but first wants players back training.

“This crisis threatens clubs from the very top through to the pyramid system.

“We have never faced a crisis of this magnitude. It’s something which is unprecedented and which really does threaten the existence of the game in this country.

“There is going to be huge stress in the coming season. We may all look back at season 2019-20 as being one of crisis, but I don’t think that will prove to be the case.

“Working backwards, the first stage will be getting players back training. Once they’re trained and conditioned, hopefully we’ll have a date when we recommence games.” 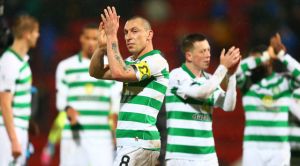 Celtic are chasing 10IAR next season

Doncaster also suggested that he will be going to the Scottish Government to demand financial aid as a result of this crisis. Clubs in League 1 and League 2 are preparing themselves to go until January without games, which means they will need to drastically reduce their budgets in order to survive.

“Separate from that, we’d look to have a date when we can get fans back in the stadiums, which is clearly the goal.

“Scottish football is reliant on broadcasting income but far more from money generated coming through the turnstiles.

“We’ve made it clear to the Scottish Government that if we can’t get fans back anytime soon, that causes very real threats to all clubs in Scotland.”

The Championship are reportedly discussing a January restart with an 18-match league, according to reports. However, the Scottish Footballing authorities should be looking to the Dutch proposal to UEFA, which would restructure football to allow for resumption of football without supporters missing out as well as preparing for the calendar change that the World Cup will bring in the winter of 2022.

The footballing authorities in Scotland are set to ask for a financial bail out from the Scottish Government as a result of the impact of Coronavirus on the nation’s game. The University of Strathclyde found that Scottish football generates over £200m for the economy but 55% of that comes from match day revenue. With the return to matches with spectators appearing unlikely until next year, it is thought that the footballing authorities will ask the Scottish Government for financial aid.

The SFA, SPFL, along with the SRU and SportScotland, have met with Ministers to discuss sport and the role it plays in society and discuss the impact of Coronavirus. The Norwegian Footballing authorities have already asked their Government for £45m to counteract the financial ruin that COVID-19 has caused. Elsewhere, the Dutch FA have asked their Government for a colossal €400m to battle against the possibility of the game being played behind closed doors for a significant period.