You are at:Home»Latest»Celtic’s Europa Squad – In come Forster, Bauer, Taylor and Elyounoussi. Out go Hendry, Koussai and Connell

CELTIC’S squad for the Europa League Group stages has been announced and as usual Moravcik67 provides a concise summary on social media.

“UEFA have put up the squad list for the Europa League group stage. Highlights

– Forster, Bain and Gordon all included.
– Eddie eligible for List B, saving a List A spot.
– Hendry, Koussai and Connell removed. Arzani left out.
– Bauer, Taylor, Elyounoussi added,” he wrote. 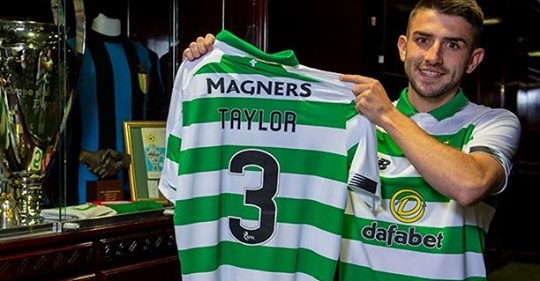 Think Ajer is also eligible for a place on List B incidentally.

Interesting that Calvin Miller is back to being a forward rather than a left back that Brendan Rodgers tried to turn him into, without much success, it has to be said.

UEFA have put up the squad list for the Europa League group stage. Highlights

Celtic kick-off the group stages campaign away to Stade Rennais (or just Rennes if you prefer) in Brittany on Thursday 19 September (kick-off is 17.55) before playing Cluj at Celtic Park on Thursday 3 October (kick-off is 8pm). Celtic then welcome S.S. Lazio to Paradise on Thursday 24 October – again with an 8pm kick-off.

Next up is the trip to Rome for the return fixture against Lazio on Thursday 7 November with a kick-off time of 17.55 for this glamour tie. Later in November, on Thursday the 28th, Celtic welcome Rennes to Celtic Park for the second time this season – the side’s played out a goalless draw in July in the pre-season friendly that was on the season ticket. For the Europa League match against Rennes the match at Celtic Park will kick off at 20.00.

Then Celtic are back in Romania for the second time this season to face CFR Cluj on Thursday 12 December – kick off for this one is again 17.55.

Season Ticket holders can secure their seat at all three fixtures now, priced:

The deadline to secure your seasonal seat for the group stage games is 5pm on Wednesday 11 September. Season Ticket cards will be activated for these matches. Go to the official Celtic site for more details.

Estimates for number of tickets that will be available for the three away games has been provided by Celtic SLO John Paul Taylor – see below.

Wee international breaks are great for reflecting, mind that time Johnny Hayes secured the points with a goal in 92nd minute, complete underdogs as well that day ???? pic.twitter.com/f64mm6pwbm

Previous Article‘Among the galaxy of talented goalkeepers whom Celtic have had, the late lamented John Thomson was the greatest,’ Willie Maley
Next Article L’Equipe Shocker – ‘I wanna, I wanna Sell Edouard,’ Pistol Pete’s Plan?