You are at:Home»Latest»Celtic’s Favourite Icelander, Johannes Edvaldsson, Requiesce in pace​

Most Celtic supporters of a certain vintage will immediately think of one player when Iceland is mentioned, Johannes Edvaldsson, better known whilst he was in Scotland as ‘Big Shuggy!’ 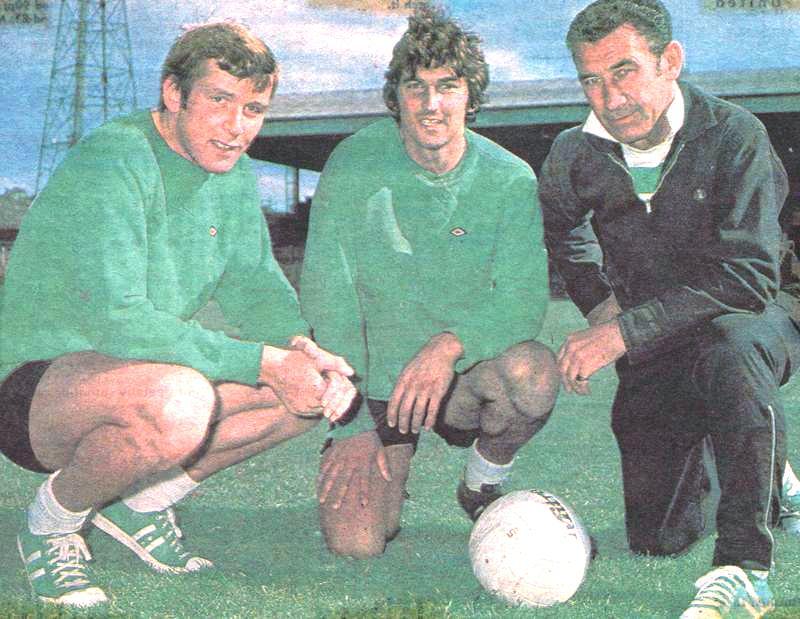 Son of a former Estonian international goalkeeper, who was accused of war crimes and fled his homeland after the Second world War, Edvaldsson was signed by Celtic from Danish outfit Holbaek after a brief trial in Ireland in the summer of 1975, whilst the club recovered from the loss of Billy McNeill and Jimmy Johnstone as players and the serious illness of Jock Stein following his road accident.

Icelandic team captain Johannes would go on to become one of the most popular and versatile players at the club in his five-year stay, which straddled the transition from Sean Fallon then Stein to McNeill in the Parkhead dugout.

I have immediate images of his debut winner against English champions Derby County at Celtic Park, goals against Rangers at Ibrox and Hampden and a late headed winner at Muirton Park, Perth against St Johnstone in 1976, in which Celts had come from behind several times to win 4-3. 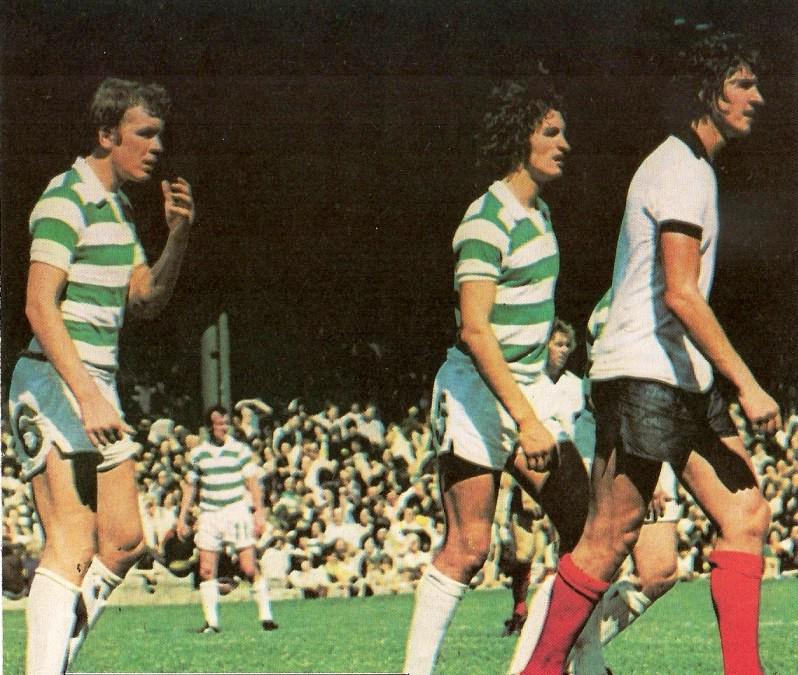 He would be back on home soil within a month of joining Celtic, as the Hoops were drawn against Edvaldsson’s old club Valur – who also featured his brother Atli – in the first round of the 1975/76 European Cup Winners’ Cup. Shuggy was given the captain’s armband as the Hoops won 2-0 at the Laugardalsvoller on Tuesday, 16 September 1975, in Sean Fallon’s first Euro match as interim Celtic manager, with goals from Paul Wilson and Roddie MacDonald.

The only sour note on the night was his twice-taken and twice-missed penalty with 20 minutes remaining, Johannes blasting the ball over then seeing his retaken effort saved by the keeper. 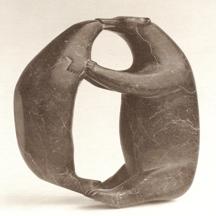 He did manage to find the net in the second leg at Celtic Park two weeks later, opening the scoring within seven minutes as the Bhoys romped to a 7-0 win, the other goals coming from Kenny Dalglish, Pat McCluskey, Dixie Deans, Tommy Callaghan and a Harry Hood double, on the night Sean Fallon gave debuts to youngsters George McCluskey and Jim ‘Ben’ Casey from the bench.

This victory allowed Celtic to win one of its most unusual pieces, the Polar Bear Trophy, a stone image which I prefer to think of as a bear getting friendly with a seal.

Shuggy scored his only hat-trick for Celtic in a thrilling 7-2 midweek win over Ayr United at Somerset Park in November 1975, on the night home winger Johnny Doyle scored and produced a performance which would lead to his joining his boyhood club the following March.

Edvaldsson was also at the heart of the incident which secured the penalty kick from which Andy Lynch would win the 1977 Scottish Cup final, his attempt on goal handled on the line by Derek Johnstone of Rangers, allowing the now-recovered Jock Stein to celebrate what would be his last League and Cup Double – and indeed silverware – as manager of Celtic. 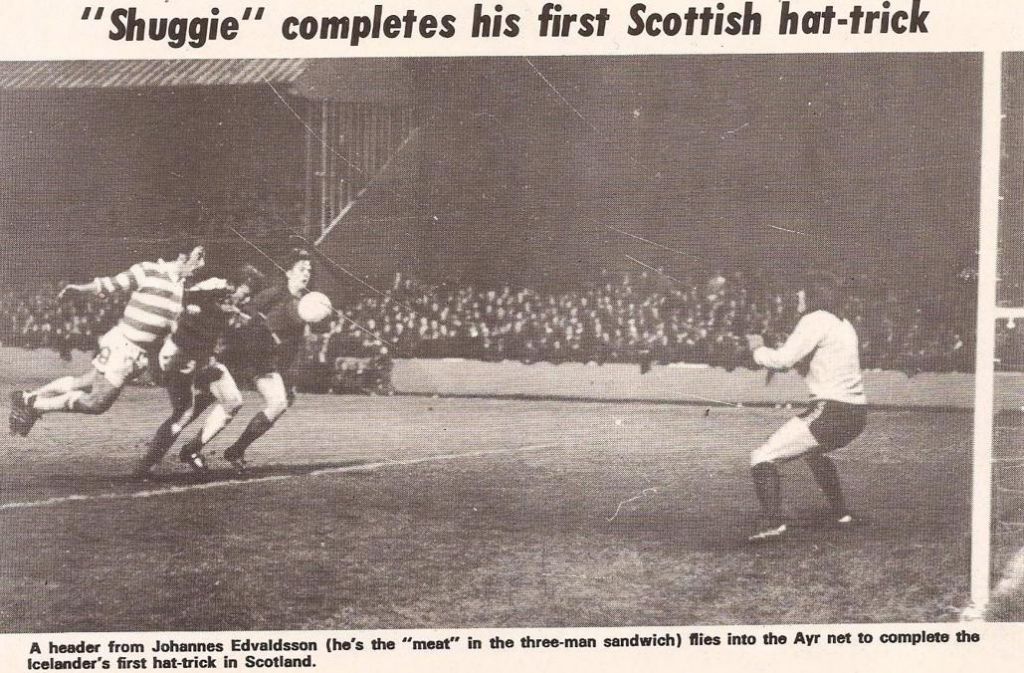 On 25 April 1979, Shuggy scored a vital late equaliser against St Mirren at Celtic Park, Roy Aitken adding an even later winner as the title tilted towards the Hoops following Aberdeen’s defeat of Rangers at Pittodrie. He would then play as 10 Men won the League the next month.

He would make his last appearance for the club against Raith Rovers in the Scottish Cup in January 1980, before crossing the Atlantic to join Oklahoma NASL outfit Tulsa Roughnecks. After a spell in Germany with Hannover 96, Johannes returned to Scotland to sign for Jock Wallace’s Motherwell, lining up with former Parkhead colleague Alfie Conn as McNeill’s Celts destroyed the Steelmen by 7-0 at Fir Park in September 1982. 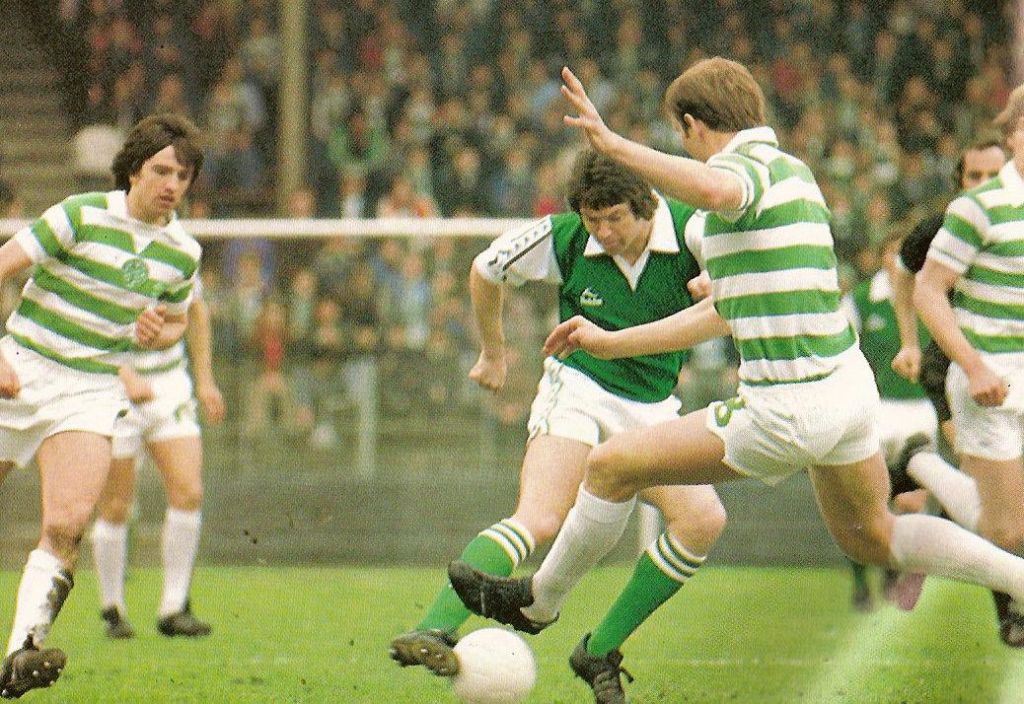 He played with a future Hoops star in Brian McClair as the next league meeting of the clubs finished in a 3-1 win for Celtic two months later, and again as the teenager’s home double beat Celtic 2-1 in January 1983. McClair had scored a hat-trick against Rangers at the same venue two weeks earlier.

Edvaldsson would feature regularly against his former club in his second and final season at Motherwell, before ending his playing career back in his home city of Reykjavik with Throttur.

The sad news this evening is that Celtic’s Favourite Icelander, Johannes Edvaldsson has passed away. Requiesce in pace​. YNWA.