You are at:Home»Latest»Celtic’s French Connection – Rodgers on his oh la la stars

BRENDAN RODGERS believes that France’s three Foreign Legionaries in Glasgow – Moussa Dembele, Olivier Ntcham and Odsonne Edouard, will open the door for future promising recruits to sign up for a stint at Parkhead.

“If you are on the outside looking in, I think you see Celtic as a great club for that,” Brendan said.

“They may not be here for a long period of time, but they come in and they learn to love the club. They also see that they are improving.

“Moussa came in for a purpose and that was to get better, to improve and play at a big club to win trophies. He has done that.

“Olivier is the same. He has come in to improve and he is a terrific talent. 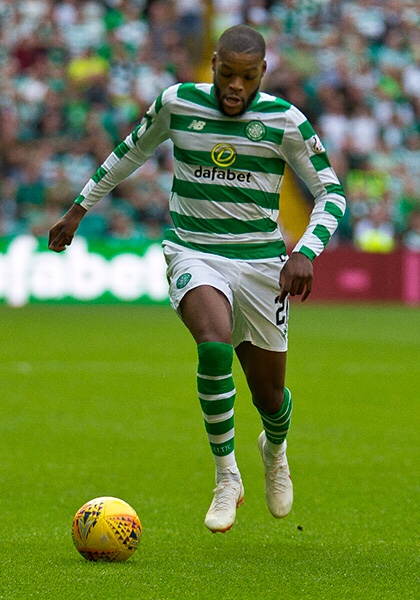 “If you look at their Under-21s, it’s a very special team too.

“Moussa and Ollie have been in that and have really featured and I am sure Odsonne will come into the reckoning in future also.

“They have a platform with very good players and it is definitely a market that all teams will always look at.

“They have two decades of big talent and some of the boys there are blessed with great physical qualities, but it is also based around a great level of technique.

“You go away to Clairefontaine and 1998 when it started for them. That was Gerard Houllier when he was technical   director, putting a lot of things in place. We have been lucky in Britain to have seen a lot of these talents.

“Is there a path to the French first team for our players? One day I think that will be their aim.

“There are some very talented French boys around, but they only need to look at the regard in which they are held. 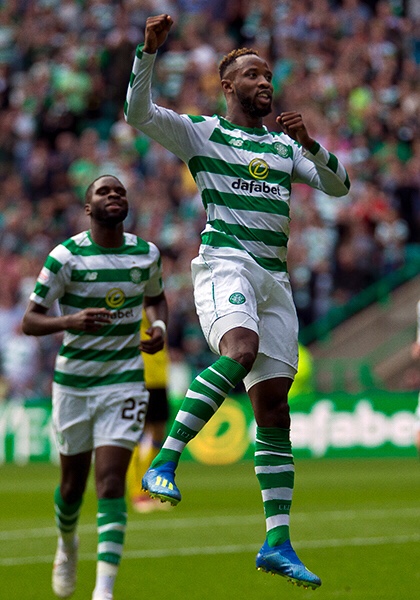 “You look at Moussa and Ollie and you heard recently Odsonne’s Under-17 coach felt he was more highly regarded than Kylian Mbappe. That’s the esteem he is held in.

“He had a loan that didn’t quite work out for him, but he is right back on it.

“There will be a pathway for those players, I’m sure.

“Odsonne had his year on loan. We have a good relationship with PSG and us bringing him here strengthens that relationship but, more importantly, it gives us top-class talent.

“If you are looking in from France, you see Celtic is a good option for you.”

Rodgers has adapted his tactical set-up this season to accommodate both French strikers and he has been rewarded by some brilliant, free flowing French inspired football. 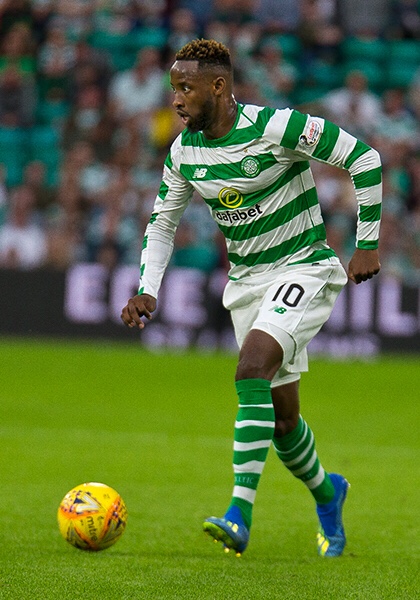 “When you have that level of quality, you try to find ways to put it in.

“It’s never easy, because you have to pick the best team and not just the best players.

“But when you have real top players like that, you want to find a way that can make it work.

“But you always have to be within a balance. That’s important.

“They played, but not necessarily together. Odsonne can play off the left side, so he played in a different space really.

“But it’s very promising and I think we’ve got other players who can come into that as well.

“They are different types. People have talked about it since I’ve been here, about playing two up front, but it’s about having the right profiles.

“Odsonne is a link player who can make a lot of it work up there because he’s different to Moussa and Leigh Griffiths. Leigh is a fantastic, out-and-out scorer.

“Moussa, as you’ve seen over the last couple of years, has other qualities but wants to score goals.

“Odsonne wants to get goals, but he’s a player who can come in underneath and link the game very well.

“I was really pleased with the weekend because we’d been looking at different things over the course of pre-season.

“But it was fairly slick and the shape morphed really well.

“It gives us lots of attacking options and a lot of speed in our game.”

The form of Edouard has seen Dembele raise his game too.

“I also think he respects the talent that Odsonne is and how they complement each other.

“Their movement patterns aren’t necessarily the same, they work in different spaces, but he respects he’s got someone there who is a really good player also.

“It’s the cohesion that pleases us all really. Each part of the team functions quite well.

They are very close, the French boys. They are fantastic.

“For young guys, I have never had a problem with any of them. They all behave themselves.

“Their first love is football. They love football and they come in to work hard every day.

“With the French lads — and Eboue Kouassi is in there too — their love of football is clear.

“They go out, but they are not over-exuberant in what they do and they are super-professional. They come in and do the work and they want to learn.

“They are a real joy to work with.”