You are at:Home»Latest»Celtic’s Iconic No8 Paul McStay to present Premiership Trophy to Broony

CELTIC this morning announced that Paul McStay will bring the Premiership Trophy onto the park on Sunday before it is handed to the current Celtic captain who like The Maestro, wears the number 8 – Scott Brown.

It’s a lovely touch by the club to recognise the very special player that Paul McStay. The loyalty that he showed towards the club, particularly in the second half of his one-club career when Celtic were suffering badly, should never be forgotten especially on days like Sunday when we celebrate 8 league wins in a row.

“Paul will bring the Premiership trophy into Celtic Park and lead the Celtic first-team into Paradise before the game. 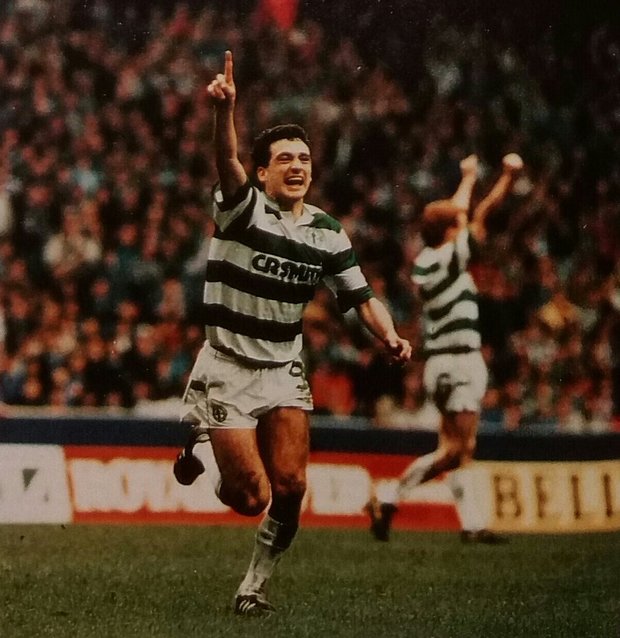 “Then, after the match on Sunday, he will bring the trophy on to the Paradise turf as it is handed over to our current No. 8 Scott Brown, who will lift the trophy for the eighth consecutive season in front of a sell-out crowd.

“Paul McStay was a one-club man, spending 16 years with Celtic. He made 677 appearances for the Hoops – only the late great Billy McNeill played more times for Celtic. The Maestro also scored 72 goals, and won three league titles, four Scottish Cups and the League Cup,” the club’s official website has reported.

“As Paradise celebrates an incredible eight league titles in a row, it is only fitting that two great Celtic No.8s will take centre-stage in the Trophy Day celebrations.

“For Scott Brown, this will be his ninth league title, while he has also won four Scottish Cups and five League Cups since joining the club back in 2007.

“The Celtic captain is now ninth in Celtic’s all-time appearance table, with 524 appearances so far for the Hoops, and he will also be hoping to lead the team to an incredible Treble Treble when Celtic take on Hearts in the Scottish Cup final on May 25.”

Paul McStay will receive an extra special welcome from The Celtic support on Sunday – what a player he was and what a brilliant Celtic man. Up there with the very best.

And talking of the very best, The Maestro (No8) will hand the trophy to Scott Brown (No8) who today celebrated 12 years as a Celtic player.

Remember that game at Easter Road just before Broony signed for Celtic when the Rangers supporters were singing ‘We’re going to sing Scott Brown”? Almost as funny as the Same Old Alloa video…

Previous ArticleLawwell’s £2m French Windfall as Porto Hunt a Bargain in Paradise
Next Article ‘We played with the handbrake on,’ Lenny to play Dembele and Henderson but Shved is unavailable