You are at:Home»Latest»Celtic’s League Cup Advent Calendar – Win No. 13

It was a strange season, was 2005/06! It was the first season of Gordon Strachan as manager, and it would take a long time for him to be totally accepted, particularly after we went out of both Europe and the Scottish Cup at the first time of asking to Artmedia Bratislava and Clyde.

Yet the Scottish League was won quite easily, although this year the main opponents were Hearts, then under a quixotic (some would have said “mad”) Lithuanian Chairman. In tune with the rest of this bizarre time, Hearts played Gretna (yes! Gretna!) in the Scottish Cup final and needed a penalty shoot out to win! In the meantime, Scottish Premier League now graciously allowed Inverness to play their home games in Inverness, when they had compelled them to play at Pittodrie (over 100 miles away) the previous season! 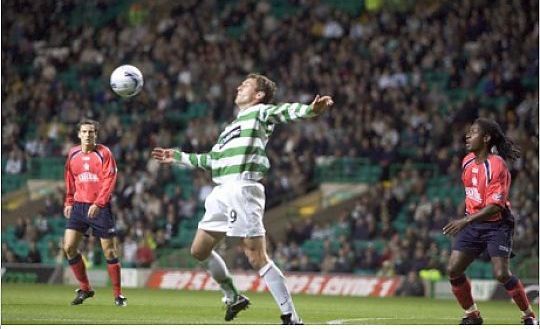 Chris Sutton in action against Falkirk in the League Cup tie.

In this context, the Scottish League Cup was almost normal. Celtic began with a narrow and not entirely deserved win after extra time over Falkirk at Celtic Park. Falkirk had taken the lead but Maciej Zurawski equalised, and then John Hartson came off the bench to score with a header in the first period of extra time. It was a grim game in which Celtic ground Falkirk down rather than defeated them with any degree of brilliance.

This set up an Old Firm clash on 9 November at Celtic Park. At a similar stage a year ago Rangers had been triumphant, but on this occasion a great goal from about 30 yards by Shaun Maloney set Celtic on their way and then Bobo Balde pressurised Stefan Klos to concede an own goal in the latter stages. It was an easier triumph than the 2-0 score line would have suggested.

A real challenge faced Celtic from Motherwell in the semi-final on Wednesday 1 February at Hampden. Motherwell scored first and for long stretches of the game looked the better side, but Zurawski equalised for Celtic, and then in the dying minutes after Motherwell conceded an indirect free kick for a pass back to the goalkeeper, Shaun Maloney scored the winner from a John Hartson cut back.

The final against Dunfermline was played on 19 March 1a few days after the death of Jimmy Johnstone and in tribute all the Celtic players wore no 7 on their pants. A month earlier in the League, Celtic had beaten the Pars 8-1 at East End Park in the Scottish Premier League, and this was a fairly easy Cup final for Celtic.

Zurawski scored late in the first half, Maloney made it 2-0 with a free kick in the second half and then substitute Dion Dublin won his one and only medal in his long and distinguished career by scoring the third. It was Celtic’s 13th triumph in this tournament, and Gordon Strachan’s first trophy for the club. 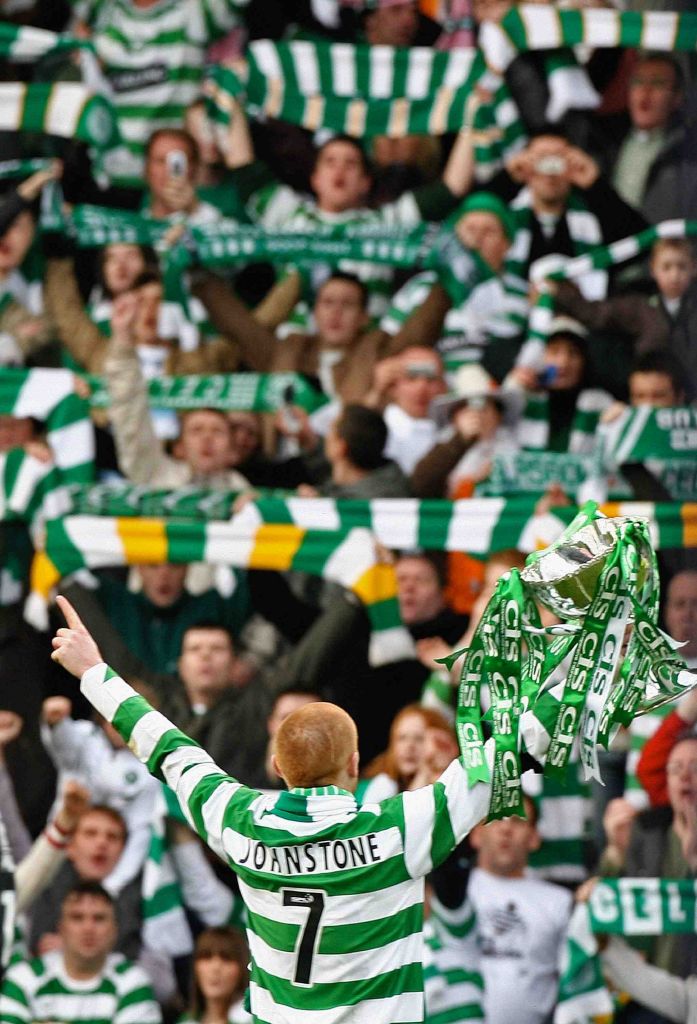 Celtic’s League Cup Advent Calendar – Win No. 14 will be featured on The Celtic Star tomorrow morning...