You are at:Home»Latest»Celtic’s League Cup Advent Calendar – Win No. 17

Celtic sealed their 17th Scottish League Cup triumph on 26 November 2017. It meant that Brendan Rodgers had now won four trophies in a row, and that Celtic had won the Scottish League Cup three years out of four – and incidentally, I fancy that a very good quiz question in future years will be who won the trophy in the intervening year of 2015/16? Not a lot of people will immediately come up with the correct answer of Ross County!

Celtic’s defence of the trophy began in strange circumstances at Celtic Park on 8 August when a very young Celtic team thrashed a poor Kilmarnock team 5-0. Men like Ralston, Miller, Kouassi and Benyu played and Kieran Tierney was made captain. He celebrated his appointment with a brilliant goal from about 35 yards, and the other goals came from Griffiths (2), Ralston and Armstrong.

The atmosphere was rather different, however, for the Green Brigade “abstained from attendance” in protest about their flares and some illicit flags being banned. They were much missed and the atmosphere was much diminished.

A similarly easy victory was recorded at Dens Park, Dundee on 20 September as the TV audience saw a 4-0 victory which was a little misleading as two of Celtic’s goals were scored at the very end. But there was no real problem for Celtic other than having to avoid the constant fouling of some of the Dundee men! Forrest scored two, McGregor one and Sinclair sank a penalty.

The semi-final draw paired Celtic against Hibs on Saturday 21 October at Hampden while Motherwell who had disposed of Aberdeen in the quarter finals took on Rangers the following day. The game against Hibs was actually a very good 4-2 win with two goals from Mikael Lustig (of all people) in the first half and two from Moussa Dembele in the second, a major black mark being awarded to Hibs who failed to sell all their tickets and did not release them to Celtic.

Our joy the following day when Motherwell put out Rangers was tempered by the thought that Motherwell were a very good side and would be hard to beat in the final.

So it proved. The first half was a poor performance with very little good football from either side, but things perked up in the second half. First, James Forrest, who had now scored in each of his last three Scottish League Cup finals, put Celtic ahead with a fine drive from a McGregor pass, then Craig Gordon saved Celtic with a great instinctive reaction to a Moult header before we came to the penalty awarded when Scott Sinclair went down in the box. 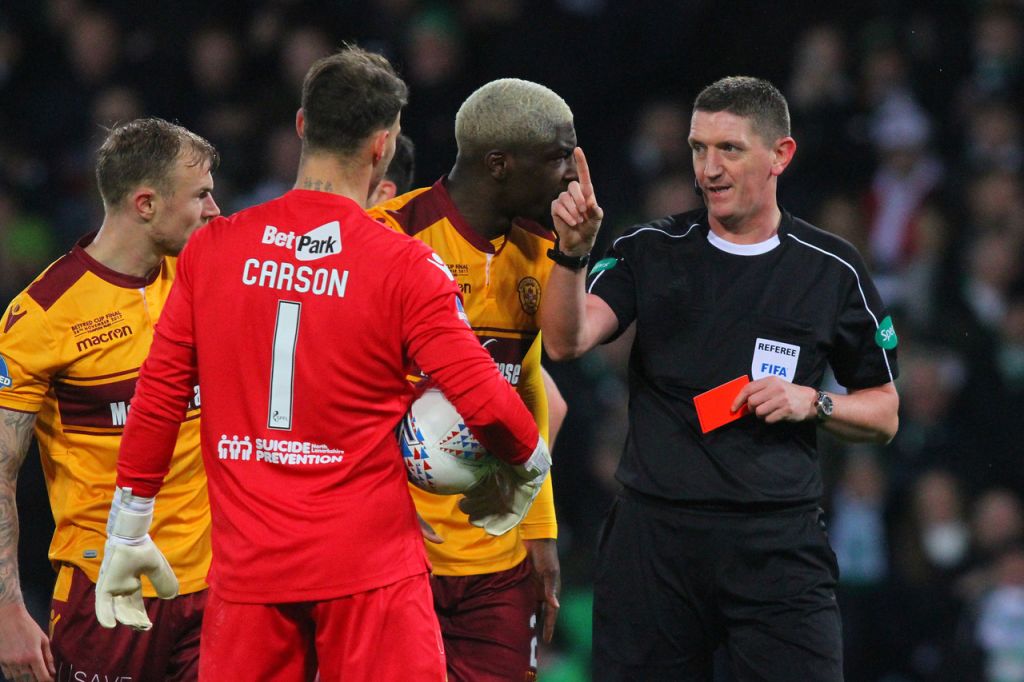 It was a penalty, but then referee Craig Thomson was obliged to send off the offender Cedric Kipre. This was unfortunate and draconian, but it was the letter of the law. In any case, sympathy for Kipre evaporated when we went home and saw the highlights and his shocking tackle on Dembele which might well have earned him a (much more deserved) red card a few minutes earlier.

In any case, Dembele scored with the penalty and Motherwell’s challenge evaporated in the chilly November air, as Celtic lifted their 17th League Cup. 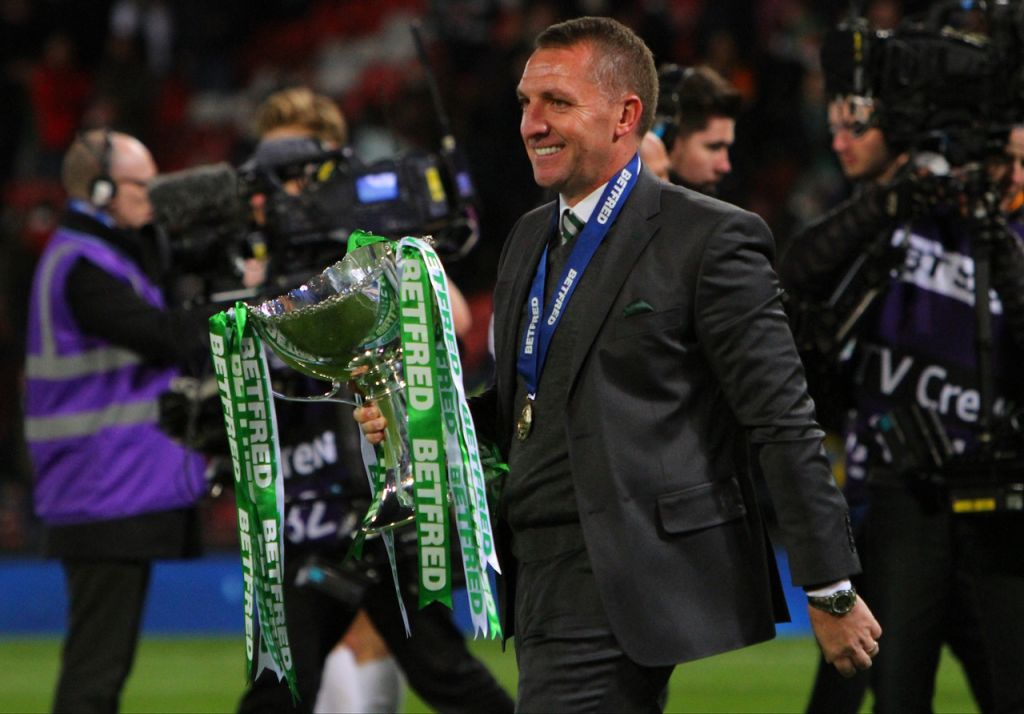 *Celtic’s League Cup Advent Calendar – Win No. 18 will be featured on The Celtic Star tomorrow morning.