You are at:Home»Latest»Celtic’s League Cup Advent Calendar – Win No.20

Well, was that not a sight for sore eyes? If ever we needed a trophy, it was today It is a time of trouble and worry for so many people, and it has given the Celtic community WORLDWIDE some thing to be happy about. It will be a Merry Christmas for the Celtic community and glory be to Ange Postecoglou and the bhoys for winning our 20th Scottish League Cup! 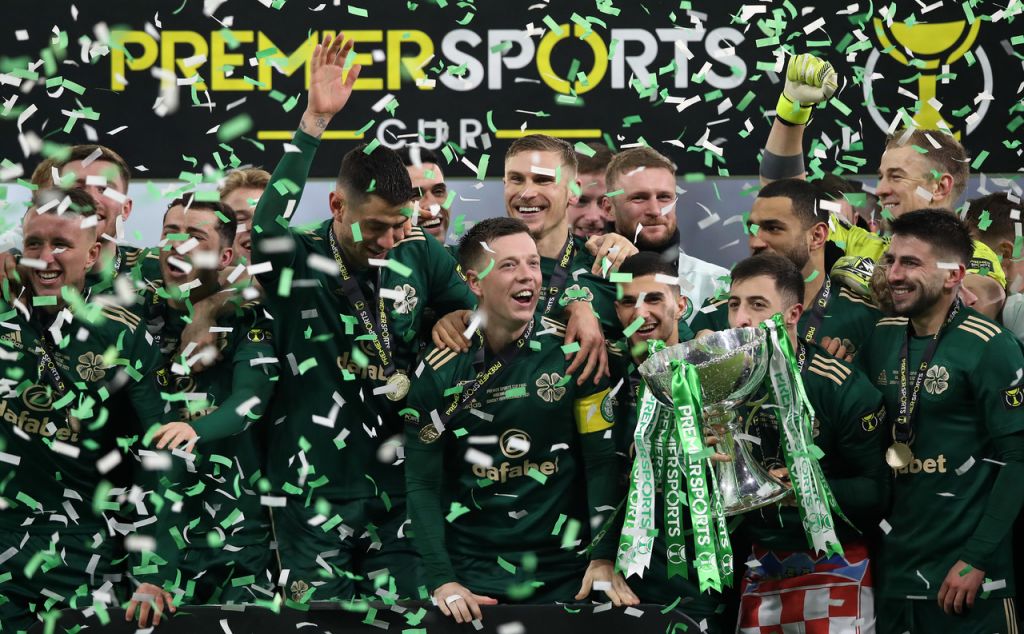 And yet it might not have happened. Hibs deserve a lot of credit for making a game of it in the second half, and but for Joe Hart, one or two pieces of poor finishing and yes, a little favour or two from Mr Beaton, particularly in not giving Hibs what looked like a fair penalty, it might have been a different story. Hibs, for all their self-destructive tendencies in the Boardroom (Easter Road must be the largest Managers Graveyard in the world!), have some very good players and have reason to feel disappointed. 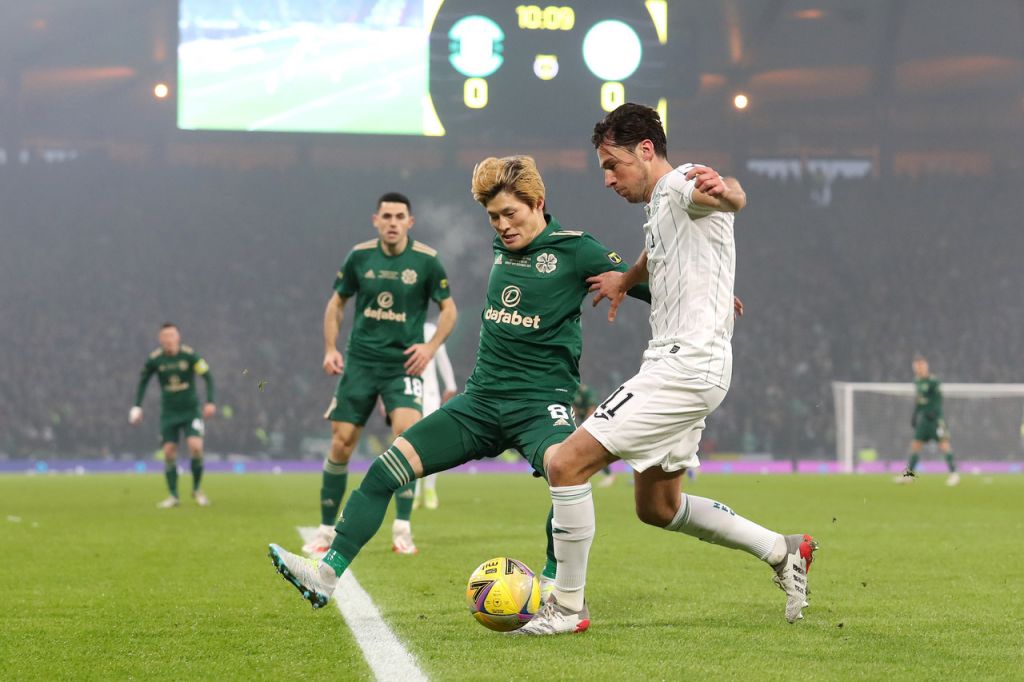 Kyogo Furuhashi of Celtic battles for possession with Joe Newell of Hibernian during the Premier Sports Cup Final between Celtic and Hibernian. (Photo by Ian MacNicol/Getty Images)

But to Celtic, a couple of great goals (more or less out of nothing in both cases) for the magician from the Orient, but we also were very well served by Tom Rogic, Callum McGregor and a few others who gave their all for the club, and I am particularly delighted for Owen Moffat who now has a medal after two games! Welcome, Owen this is what Celtic are all about! And I hope there is a lot more to come. I feel that we won the trophy on sheer pace and tempo with a tremendous appetite for the ball. 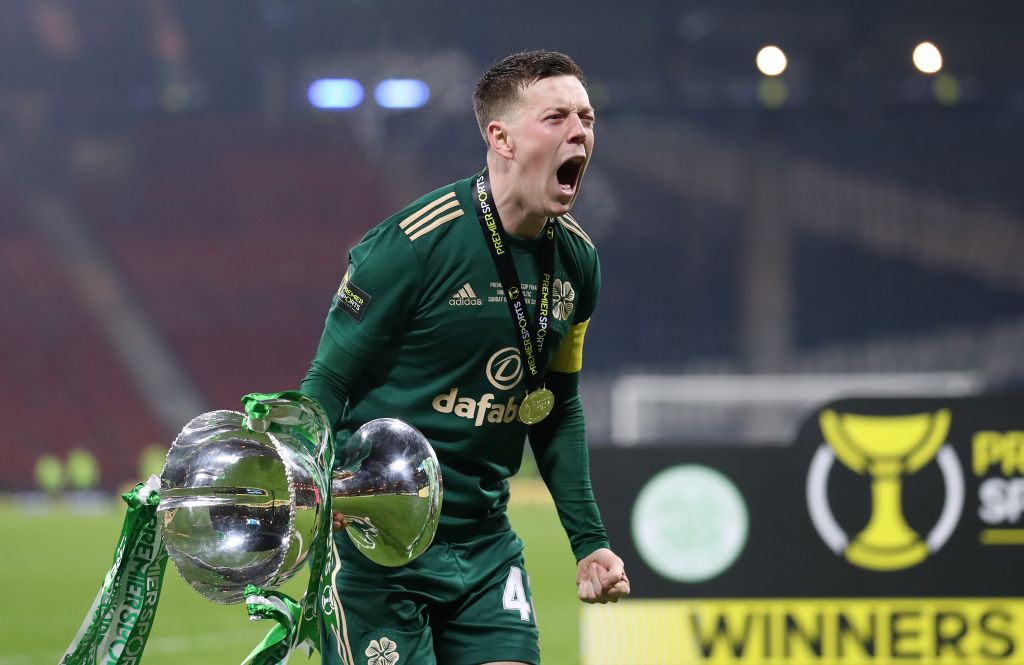 I watched this game on Premier Sports and the pundits, all of whom I respect, were quite right to persecute Carl Starfelt. Carl had a bad start to his Celtic career, then rallied, had hard luck on Wednesday at Dingwall but had a real shocker. He might have lost the game for us, but he didn’t and he has his medal. I trust that he will have many better games for Celtic than this one. 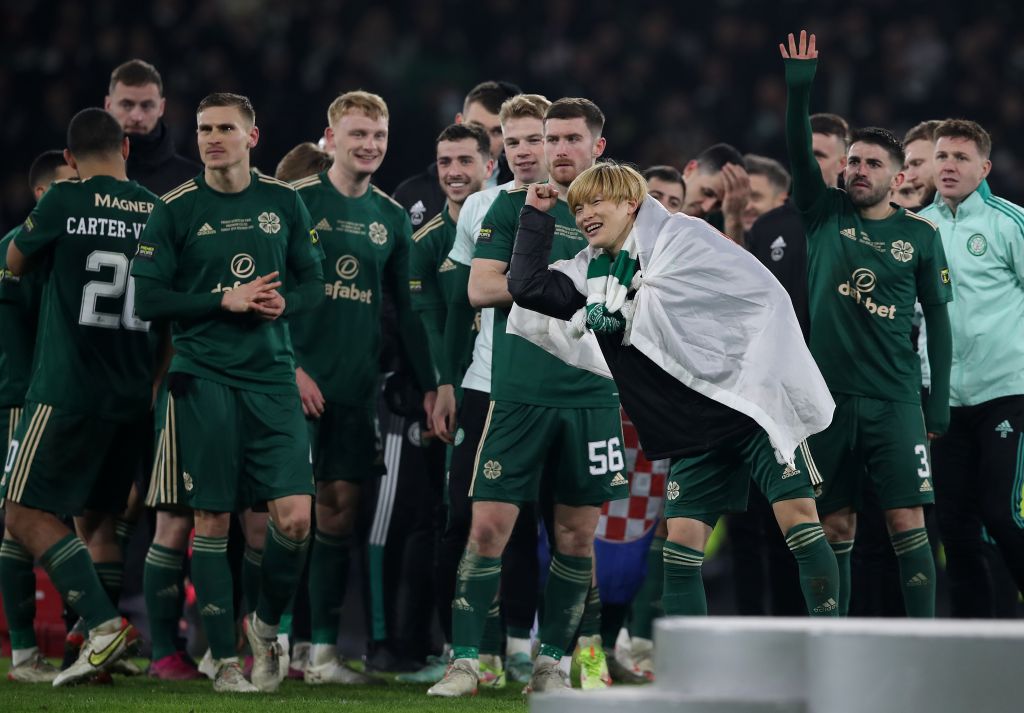 The important thing is that we are back on the trophy trail, and that we have something for the season. There are another three trophies to compete for this season (including the European one). We have a chance of all three. We must take confidence from today. We are winners, and there are green and white ribbons on a trophy once again. Let’s celebrate, and have a Merry Christmas, but only if we beat St Mirren on Wednesday! There is no respite. But we are Celtic!