The Scottish League Cup win of March 2000 was in some ways the most precious of them all. It was not the best ever final – in fact a very strong case could be made for saying that it was the worst – but the winning of that trophy meant absolutely everything to is. Frankly, in the year 2000, we were on our knees enduring one of the worst spells of our history. The Scottish League Cup was a small gleam in the darkness to show that things did not need to be as bad as they undeniably were. 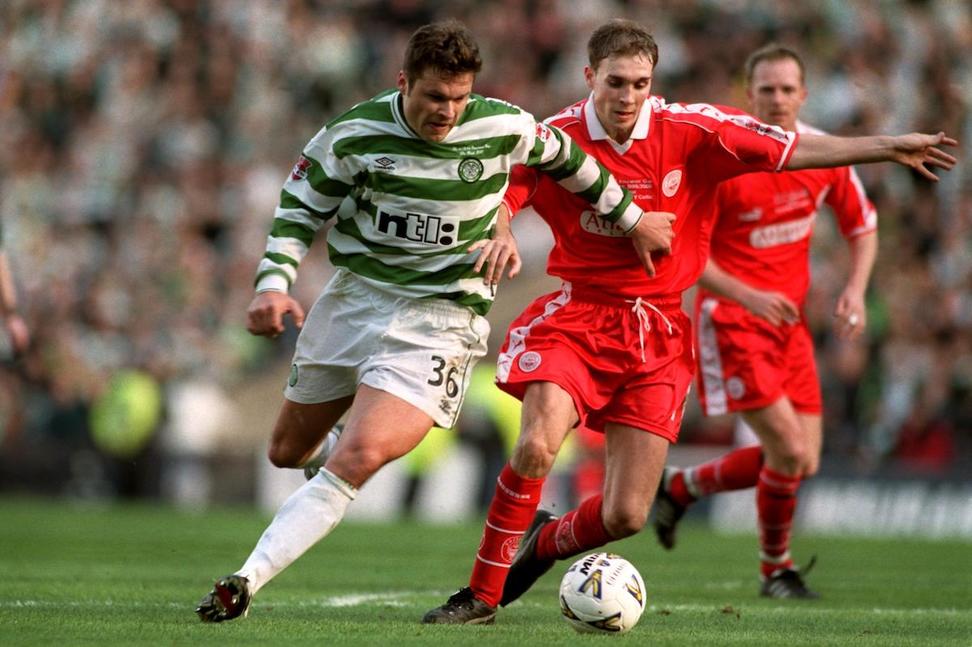 We had reached that stage of depression thanks to the events of the night of 8 February 2000, that horrible occasion when we went down to Inverness Caledonian Thistle in the Scottish Cup. The euphoria which that result gave the rest of the footballing world only made things worse as far as Celtic were concerned. Rightly was the manager sacked – frankly he did not have a clue about how to run Celtic – and as a temporary measure, the club turned to Kenny Dalglish to see them through the rest of the season.

Ah yes, Kenny Dalglish! And how the events of 1977 still hurt viscerally! 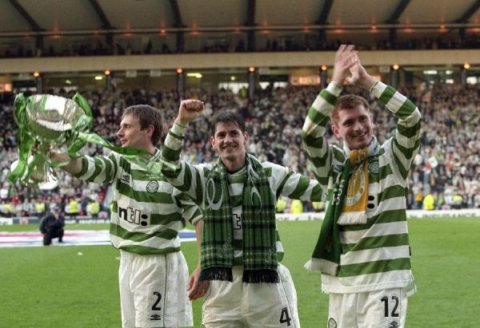 The only trophy left was the League Cup. Celtic were at the semi-final stage having beaten Ayr United and Dundee before the turn of the year – Ayr fairly comfortably and Dundee with a little more difficulty – but we were now due to face Kilmarnock in the semi-final at Hampden.

The weather was cold, the football was dire, the attendance was sparse – a clear indication that the “faithful” had not so much deserted the club (the heart was still with them!) but frankly flinched from bringing on themselves any more agony of the type that they had suffered the previous week against Inverness. 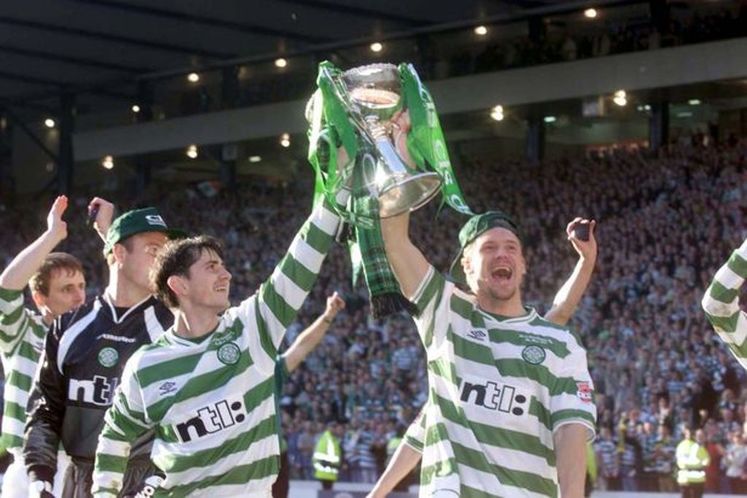 In the event, Celtic won thanks to a goal from Lubo Moravcik, one of the very few players of genuine Celtic class around at the time, especially with Henrik Larsson out injured with a broken leg.

And the opponents in the final were Aberdeen, a club in even more trouble than Celtic. They too had betrayed their traditions and their supporters by some awful management and in particular falling for the naïve belief that every foreign player was bound to be good!

The final was therefore likened to two old men finding their old enemy in the hospital bed next to them! It was also referred to, unkindly, as the Scottish Consolation Cup final.

The standard of football was as poor as the dreadful form of the teams had suggested, but both sets of supporters were there in admirable numbers.

Celtic’s goals came from a mis-kick by Vidar Riseth, an honest journeyman of a midfielder, and then a slightly better goal from Tommy Johnson, a likeable Geordie who immediately did Groucho Marx impersonations with an imaginary cigar! 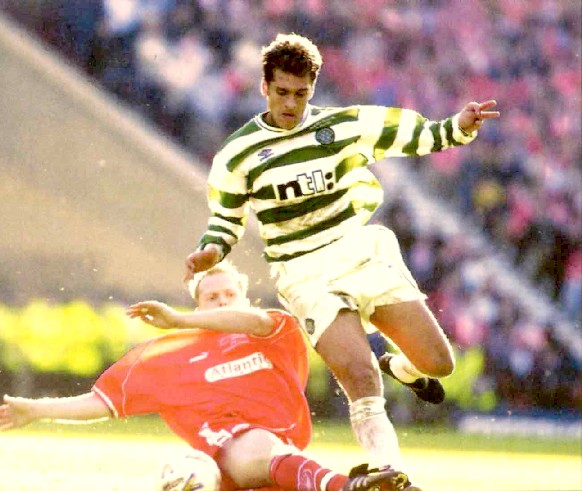 There have been and would be in future better Scottish League Cup triumphs than this one – but few were so welcome to a disheartened and disillusioned support.

It was one Monday morning in 2000 when we went to work with our heads held high.

David Potter on Celtic’s League Cup Triumphs – Win No.12 will appear on The Celtic Star later this morning. Check out our home page to read David’s features on all the previous League Cup wins.

Previous ArticleJim Craig – Celtic play in the Unemployment Cup
Next Article ‘The two of them are top-class,’ Rodgers outlines case for the defence