Ronny Deila was an unknown factor when he took over in summer 2014. When the first League Cup game was played, Celtic were still in Europe, although not in the way which we would have liked after a rather poor attempt to make it to the Champions League.

But the League had started well enough and the first opponents in the League Cup were Hearts who arrived on 27 September in much reduced circumstances. 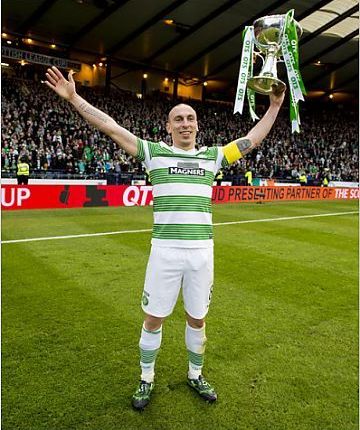 Like Rangers and Hibs, they were in the Championship, and although it was not really possible to feel sorry for them, one often wondered whether their supporters would not have been so permanently bitter about Celtic, if their management and Directors had not been so spectacularly and consistently incompetent over the years.

Celtic won 3-0, and it was easy. John Guidetti scored his first goal for the club and had clearly established a rapport with the support, and then in the second half, Celtic hardly needed the penalty and the own goal that they got.

Even easier was the next round, a spectacular 6-0 beating of Partick Thistle at Celtic Park. Possibly the sending off of a Thistle man was a little on the harsh side, but in the end it made no difference with John Guidetti scoring a hat-trick. Emilio Izaguirre scored a rare one while substitute Leigh Griffiths scored the other two. 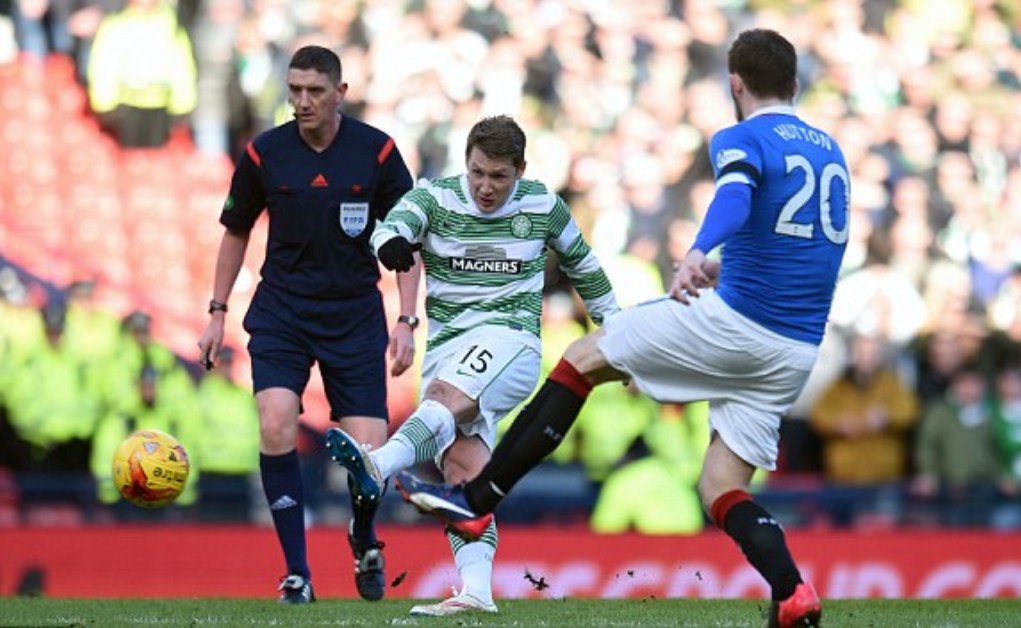 That was in late October and the competition now went into cold storage until after the New Year. And our semi-final opponents were none other than the new team called Rangers. Call them Sevco, The Rangers, or whatever you want, they were still our opponents and had to be beaten. There was a certain amount of tension on the air on Sunday 1 February, but in effect a header by Leigh Griffiths and a drive from outside the box from Kris Commons settled the issue long before half-time.

A major talking point had been the state of the Hampden pitch with all its bobbles and the cutting up of turf. Dundee United and Aberdeen had played on it the day before, and it had looked awful then. And now a Celtic v Rangers game was played on it 24 hours later! 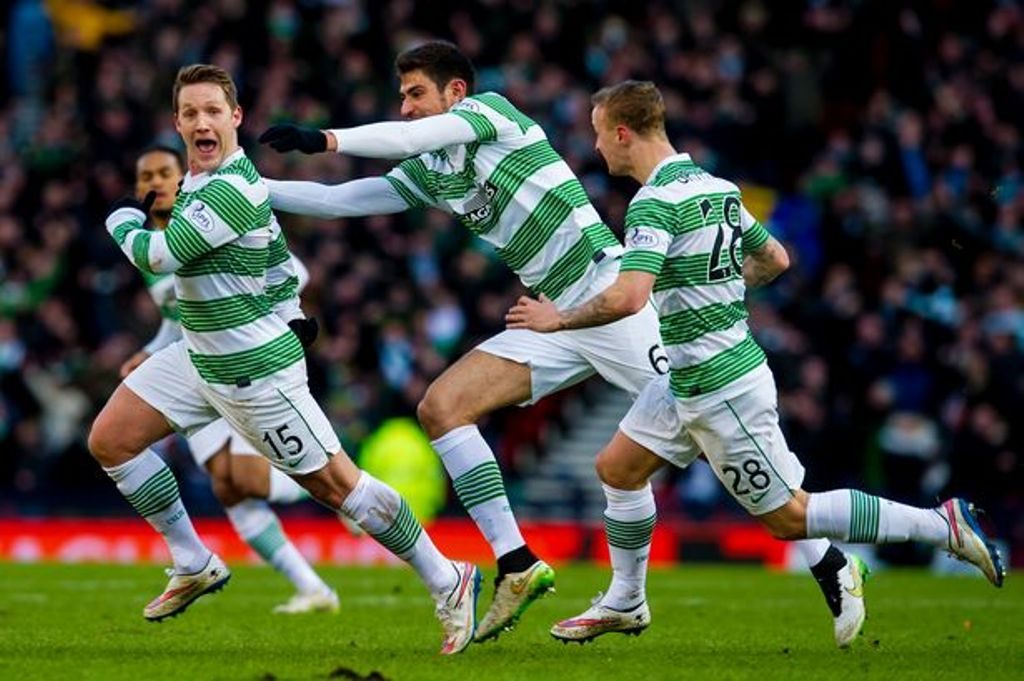 Fortunately the pitch was re-laid before the final on 15 March. This was of course the year in which Dundee United committed suicide by selling Stuart Armstrong and Gary Mackay-Steven and (later) Nadir Ciftci to Celtic, three self-inflicted blows from which they never recovered. None of these three could play for Celtic in the final (Ciftci in fact was still with United), but frankly, the Taysiders were never really in the game, their cause not helped by a silly sending-off. 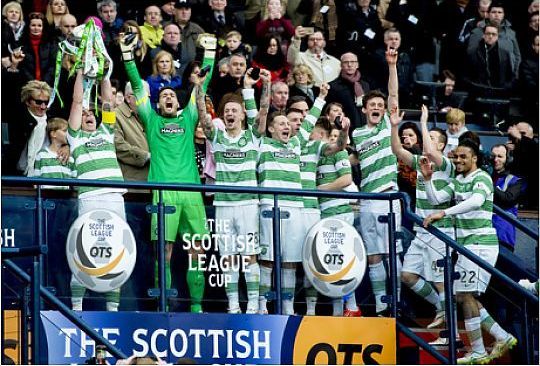 Commons scored in the first half, James Forrest in the second half after an unselfish lay-off from Guidetti, and we still had time to see Forrest make a fool of himself by insisting on taking a penalty – and then missing! Fortunately the game was over by that time, and Celtic had won their 15th League Cup and their first since 2009. It was also the first trophy for Ronny Deila as Celtic manager.

David Potter on Celtic’s League Cup Triumphs – Win No.16 will appear on The Celtic Star tomorrow morning. Check out our home page to read David’s features on all the previous League Cup wins.

Previous ArticleFunny, funny ‘Super Score Board’ and the laughs are on RB Leipzig
Next Article “We’re playing well and confidence is really high,” Brendan’s ‘Better Moment’