You are at:Home»Latest»Celtic’s League Cup Wins, No.7: Bertie Auld scored the winner

For the third year in a row, Celtic and Rangers were paired together in the sectional stage of the League Cup with this year Airdrie and Raith Rovers the other two teams who would expect to reap a financial windfall which would do them nicely for the rest of the season.

Rangers had had a bad summer in 1969 unable to cope with their 4-0 hammering in the Scottish Cup final. In sheer desperation and in an attempt to appease their more gullible supporters, they had brought back the palpably overweight and unfit Jim Baxter.

Celtic won the section, even though Rangers won the first game at Ibrox. At Celtic Park, Celtic won 1-0 thanks to a Tommy Gemmell diving header, and as they had done better against the other two teams than Rangers did, edged into the quarter finals. 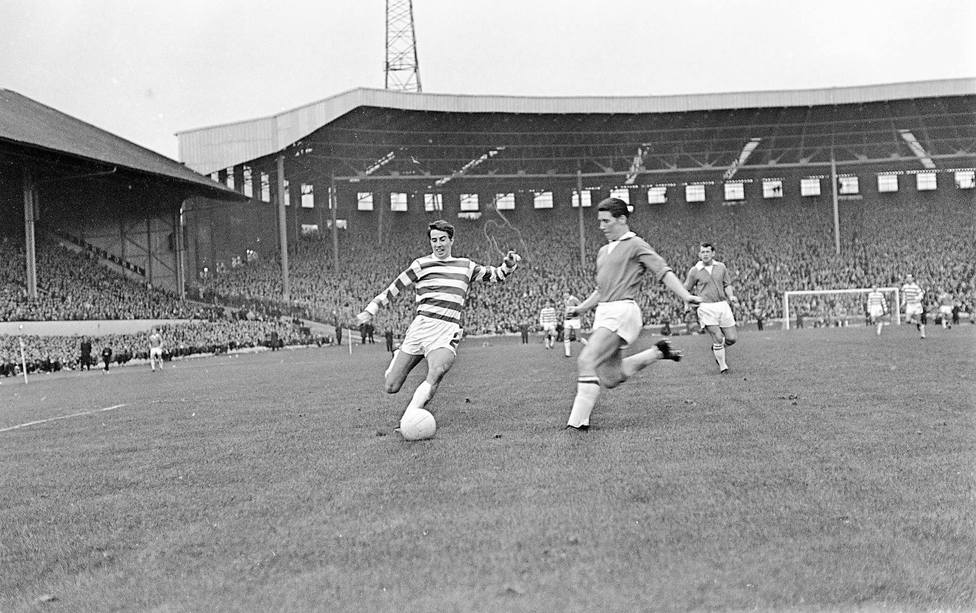 For a change they had some real competition in the two legged quarter finals, for Aberdeen were the opponents. The first leg at Pittodrie was a rather dull goalless draw, but when Aberdeen went ahead through Jim Forrest in the second leg at Celtic Park, things looked bleak. But in the second half Jimmy Johnstone came into his own and first set up Bobby Lennox to equalise. Then Willie Wallace scored one of his better goals when he was tripped but ran on to score what proved to be the winner.

Ayr United did not seem to be likely to provide too many problems in the semi-final, but they pushed Celtic hard to earn a 2-2 draw in the 90 minutes, and a replay was required after Ayr had gone ahead in extra time and only veteran Bertie Auld saved Celtic.

The replay was not a great deal better for Celtic for Ayr went ahead, but this time Harry Hood and Steve Chalmers scored for Celtic and then full time training told, even after Ronnie Simpson dislocated his shoulder, an injury which effectively ended his career. 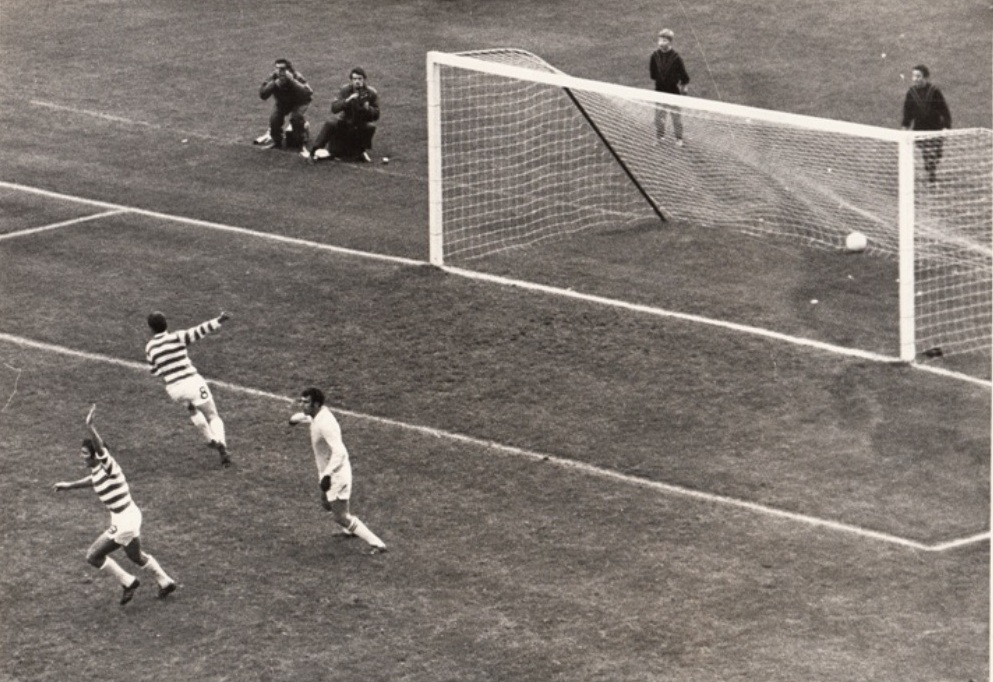 The opponents in the final – played on 25 October 1969 – were St Johnstone, playing in their first ever Cup final. Willie Ormond, once of Hibs Famous Five, had built up a good side in Perth and indeed they would give Celtic a great deal of trouble in future years, but this time the occasion was just too much for them with Bertie Auld’s early goal enough to separate the teams and to give Celtic their fifth Scottish League Cup in a row and their seventh overall. It was a good game, and St Johnstone did well, but Celtic were the better team. 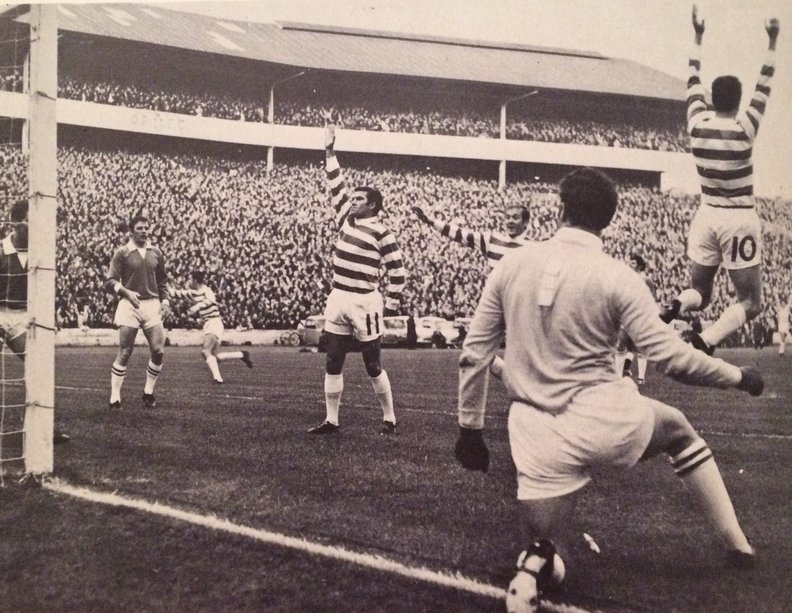 A major talking point was the dropping of Tommy Gemmell after he had been sent off while playing for Scotland in midweek. The Celtic team was Fallon, Craig and Hay; Murdoch, McNeill and Brogan; Callaghan, Hood, Chalmers, (Johnstone), Auld and Hughes.

David Potter on Celtic’s League Cup Triumphs – Win No.8 will be featured on The Celtic Star  later this morning. Look back on David’s features on our previous League Cup Final wins on our homepage.