You are at:Home»Latest»Celtic’s League Cup Wins, No.8: Oh Dixie, Dixie

The 1970s were reasonably successful for Celtic generally, but not as far as the Scottish League Cup was concerned. We have never suffered relegation or bankruptcy which, I presume, are far worse, but certainly the pain of losing a Cup final must rank high in the agony stakes. 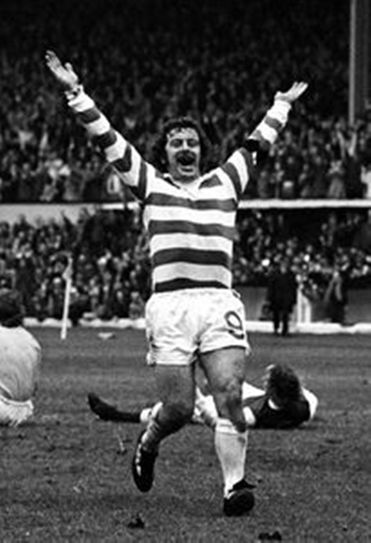 Autumn 1974 was a difficult time for most people. True, the Labour Government of Harold Wilson had been returned, but inflation was still a major problem and showed every sign of getting out of hand altogether with major strikes in sections of the workforce not normally associated with militancy – namely dust bin men and school teachers. It was not a happy time.

Celtic were in the same section as Dundee United, Ayr United and Motherwell. They lost to Ayr United (and it is not often that happens!) at Somerset Park on the first Wednesday of the season and then dropped a point to Motherwell in the last game of the section, but their other victories were enough to win them the section even though many of the supporters were far from impressed.

Deans (x3), Johnstone, Murray and Wilson were on the scoresheet for @CelticFC as they defeated Hibernian 6-3 in the 1974/75 League Cup Final!

It was indeed an unsettled unhappy time for the supporters. Davie Hay had gone to Chelsea. George Connelly walked out of the club for personal reasons. The team had lost to Rangers at Parkhead and had exited from Europe to a little known Greek team and the defeat of Hamilton Academical over the two legs of the League Cup quarter final was not all that impressive.

The semi-final on 9 October was uniformly described as “drab” by the newspapers, but it was a 1-0 win over Airdrie, the goal being scored by Steve Murray one of the few bright spots around Celtic Park at that moment. 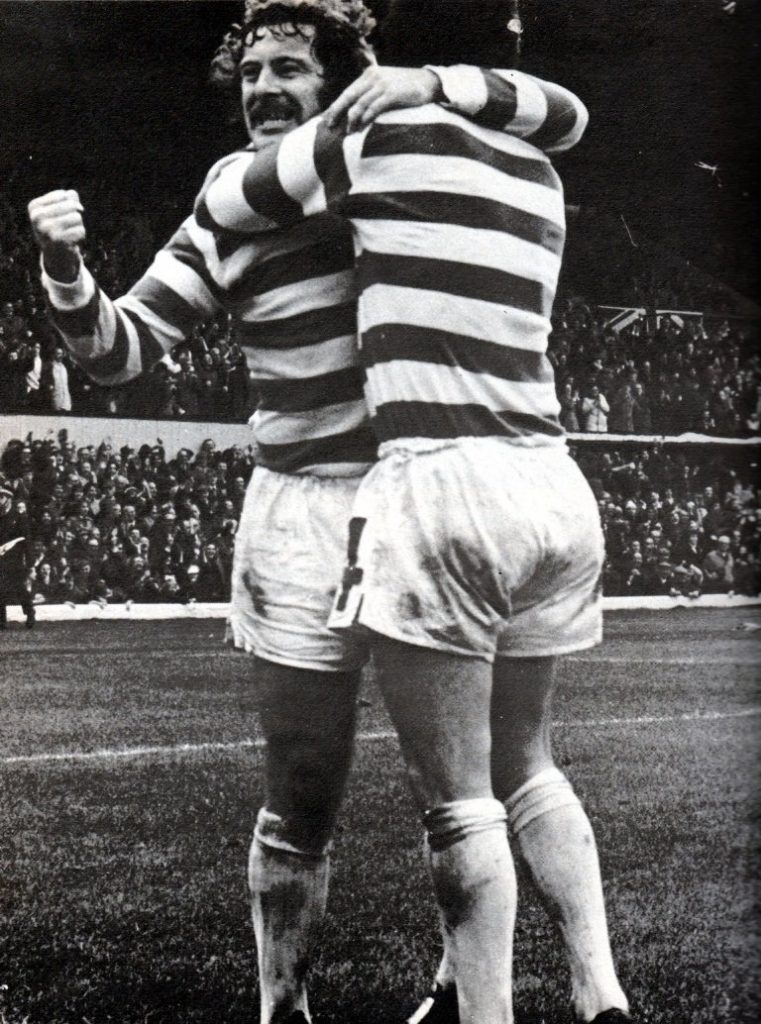 Things did not look good for Celtic but then things suddenly changed with two wins over Hibs. One was a 5-0 win in the League with Dixie Deans scoring a hat-trick, and then he proceeded to do the very same thing in the League Cup final.

Hibs deserve sympathy and indeed praise for their part in the 6-3 game, which was played on 26 October 1974. Joe Harper managed to score a hat-trick – but still lost!

In any case his hat-trick was overshadowed by that of Dixie Deans, one of whose goals almost defies rational analysis. From a corner kick, Jimmy Johnstone drove for goal, the ball ricocheted off a defender, and Dixie Deans dived forward and headed the rebound. It was either a total fluke or one of the best goals ever – and I tend to favour the latter! 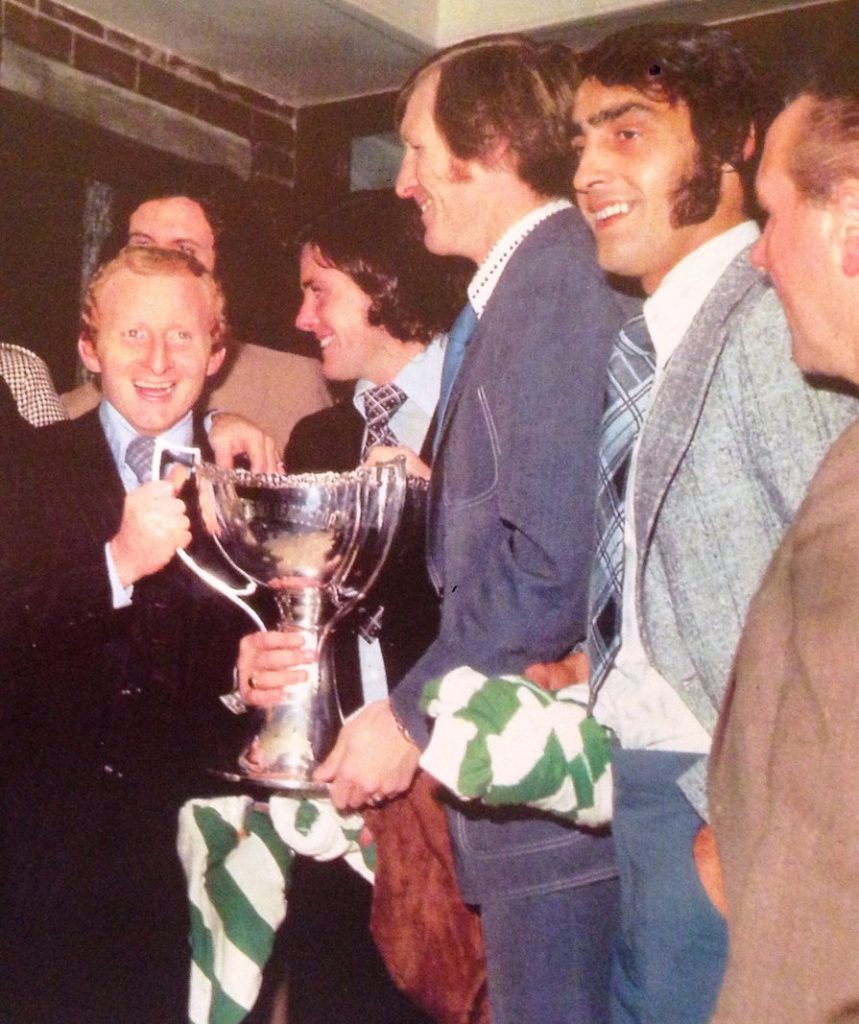 The other goals were scored by Jimmy Johnstone, Paul Wilson and Steve Murray. It was a great game and a great day, but in the context of the rest of Celtic’s League Cup misery around this time, it was like an outbreak of laughter at a funeral.

David Potter on Celtic’s League Cup Triumphs – Win No.9 will be featured on The Celtic Star this evening.  Look back on our homepage for David’s features on Celtic’s earlier wins in this competition.

Previous ArticleWhat Next for Resolution 12? Two Celtic Podcasts worth listening to…
Next Article Celtic’s League Cup Wins, No.9: Singing in the Rain