Eagle-eyed Celtic fans have been piecing together the subliminal messages that appear in the brilliant new Celtic Christmas that RIP into theRangers with clever little messages referencing their BIG LIE among other things throughout. These include… 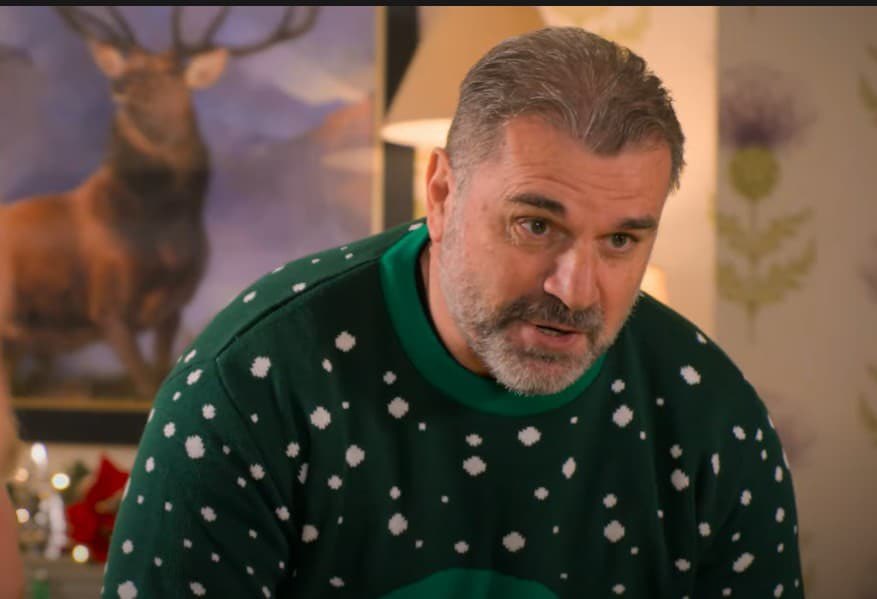 While the 6-2 game is also referenced. Perhaps there are others too? Keep looking folks.

Right, either I’ve got an overactive imagination, or this is supreme shithousery from the Club.🤣 pic.twitter.com/4hLOU0OL43 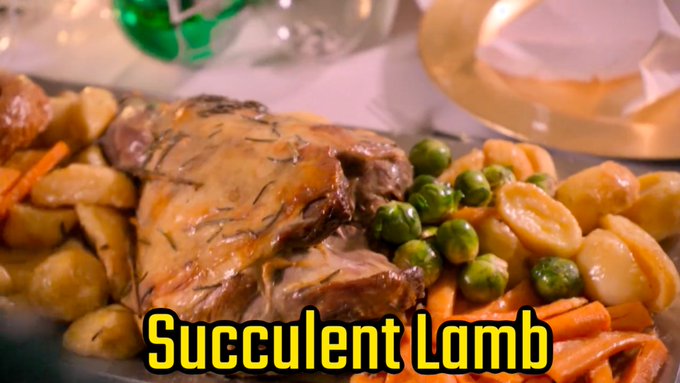 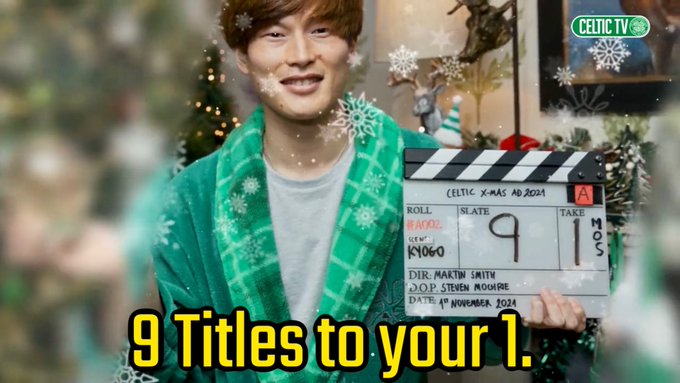 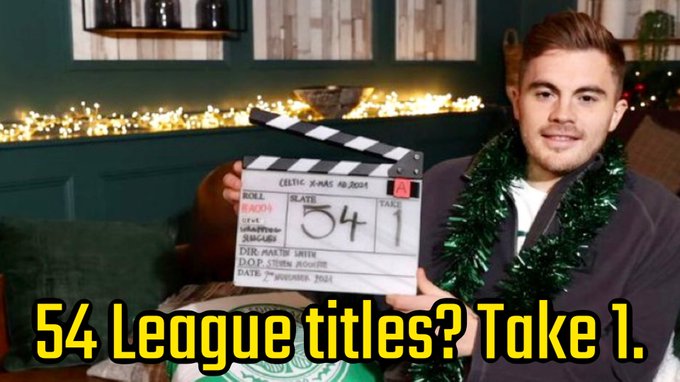 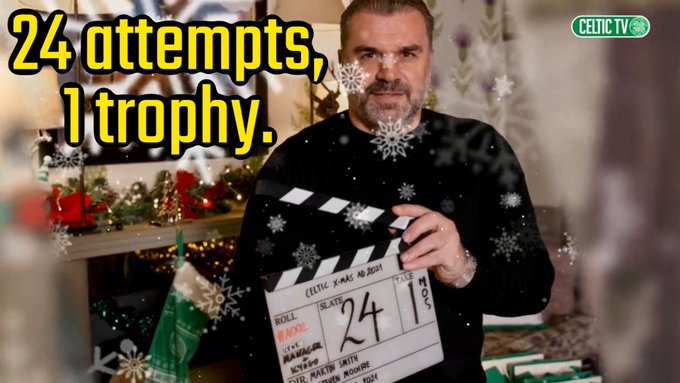 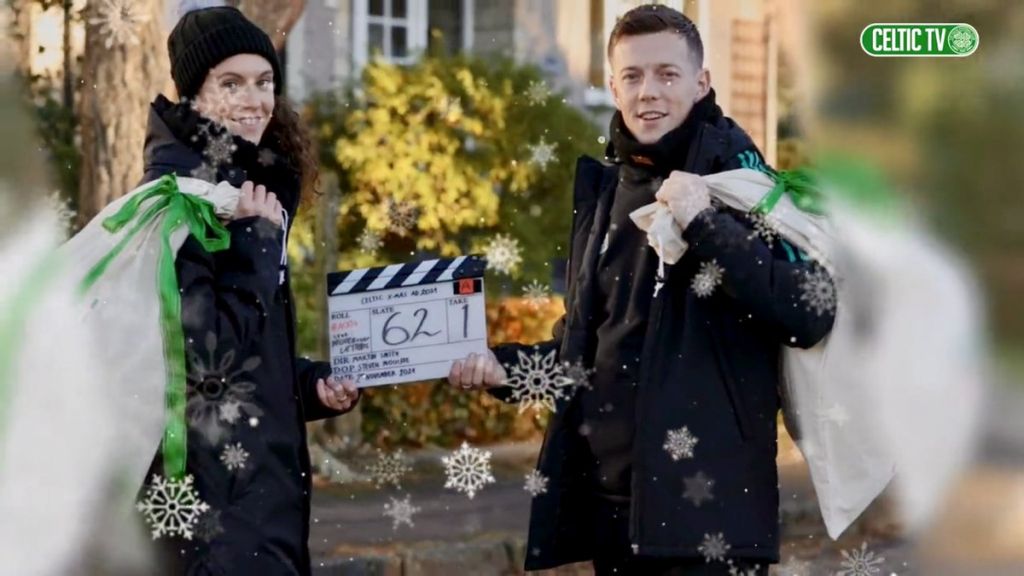 “Excellent work by the club. More should have been done at the time – and official refusal to accept the “same club” lie would be better- but I’ll take whatever we can get on these lines.”

Question: “Can someone explain the lamb part?”

Answer: “David Murray treated his lapdog reporters to a big dinner. Traynor done a piece in the paper raving about the succulent lamb and its been used as a reference to they types of journalists ever since.”

“Have you just thrown that succulent lamb in there for a laugh or am I missing something glaringly obvious?”

“Top trolling from the club.”

55 titles
150 years
17th manager
1872 mentioned in every statement.
Utter desperation to convince themselves they didn’t watch their old club die, but they know alright. pic.twitter.com/SumAPiN6c3

The Ibrox ban of @chris_sutton73 is yet another example of the unmerited entitlement from the club now playing at Ibrox. @JimSpenceDundee to @mstewart_23 and many more. A club so scared of the truth. A fan base who watched their club die for fear of facing the truth. 🤯🤯🤯🤯

It is worth noting that Celtic FC could and should have supporters the Statement from Celtic Supporters that was placed, for the benefit of any future doubt,  as a full page advertisement in the Sunday Herald a week before the first ever meeting between Celtic and the new club in 1 February 2015.

This statement received worldwide news coverage and was a main feature on Football Focus broadcast across the UK. All it did was set out the facts and allowed the Celtic Support to proceed with having to play the new club without any pretence or confusion. Every Celtic supporter can stand behind that Statement and say that we know their club died and that any future team playing out of Ibrox might look like Rangers FC  but is in fact a new club founded in 2012 by Charles Green.

And do you know what? It would NOT have been hard for the Celtic Board to do that in late January 2015. theRangers were a Championship side so that League Cup semi-final was a one-off game and there were no other fixtures against them that season.

Had Celtic supported the statement publicly (they did privately) then the big 55 lie would never have gained the momentum it did. Remarkably only last week a Celtic director had to apologise to the Celtic AGM for actually getting the facts surrounding the demise of Rangers FC completely wrong while writing in The Guardian.

Here, once again, is the Statement from CELTIC SUPPORTERS…

This  is the actual position as it was set out in Sunday Herald the weekend before the first ever meet meeting between Celtic and theRangers in early February 2015.  This Statement was organised by myself and funded by Celtic Supporters as Celtic FC did nothing other that refer to the games as the Glasgow Derby rather than the Old Firm.

Once again if there is anything at all that the Celtic Director Brian Wilson identifies as being incorrect or inaccurate in any way on the Statement from Celtic Supporters below then we will be delighted to give him the space on The Celtic Star to correct our errors.

At the time and over the subsequent years this statement every time it is mentioned – and we intend to keep mentioning it – is subjected to loads of attacks from their supporters on social media and via email. They call us all sorts, refer to their sordid, depraved default position, call us obsessed,  but never once has any of them every challenged the facts in this statement as being anything other than the factual position.

It’s as if they know themselves that it’s true. Read for yourselves…

Celtic Football Club was founded in 1887 and played their first match against Rangers Swifts on 28th May 1888.

On 1st February 2015 Celtic will meet the club currently playing out of Ibrox – the traditional home of Rangers Football Club – in the semi-final of the Scottish League Cup. Many Celtic supporters, from all sections of our support, feel it necessary to state our clear position with regard to the current “Rangers” club prior to this match.

Celtic supporters believe there is no track record of matches between Celtic and our semi-final opponents and that the game on 1st February is in fact the first meeting between Celtic and the new Rangers club, which was established in 2012.

For over a century, football authorities in Scotland and Europe accepted that Rangers Football Club and Rangers PLC – as the limited company would eventually become – were one and the same legal person and club. In the past, all Scottish Football authorities accepted and endorsed contracts of employment and other legal documents, which stated that Rangers Football Club and the limited company it had become were one and the same.

In 2012 Rangers Football Club, established in 1872 and subsequently incorporated into a limited company in 1899 was liquidated owing at least £21 Million to the UK tax payer and the club, as defined in the Memorandum and Articles of Rangers PLC and elsewhere, was legally brought an end.

Administrators Duff and Phelps published a document on 5th April 2012 in which they outlined their intention to sell the assets and business as a going concern should a CVA be achieved. After creditors of Rangers Football Club rejected the proposed CVA two months later, the Rangers administrators merely sold the assets as they were unable to sell the business as a going concern.

These assets were sold to a new limited company set up by Charles Green.All of the clubs in Scottish Football – including Rangers PLC (IA) then voted and as a result, Mr Green’s new company was offered admission into the bottom division of the SFL. This offer was accepted by the new company (Sevco Scotland Ltd), which applied for membership of the Scottish Football Association, which had vested in Rangers PLC for many years.

Prior to the grant of this application for transfer, The SFA quite separately granted a unique conditional membership of the SFA to Charles Green’s New Rangers Club whilst maintaining the existing SFA membership vested in Rangers PLC.

Without conditional SFA membership the new Rangers Club could not have competed in the Ramsdens Cup tie against Brechin City on 29th July 2012. As at that date, both the old and new clubs were members of the SFA at one and the same time.

The application for transfer of the SFA membership held by the old club was subsequently granted, and the new club became a full member of the SFA replacing the old club. That is the position that all of the other clubs in Scottish Football agreed to and accepted.

There was no demotion of Rangers 1872 as that club had ceased to function and could no longer exist in any legal, commercial or sporting sense. The old Rangers ceased to be and Charles Green’s “new Rangers” started again at the bottom of the Scottish league system – without either the debt or titles and trophies won on the field of play by the former club.

The application to transfer the SFA membership vested in Rangers (1872) to The Rangers (2012) was approved solely at the discretion of the SFA and represents a specific membership being transferred from one entity to another and from one member to another.

Further, when Rangers 2012 became a member of the Scottish Football League, the original Rangers club were still members of the Scottish Premier League which again clearly points to two separate clubs being in existence.

To recap: following upon the grant of conditional membership of the SFA, Mr Green’s club made separate application for a transfer of the full SFA membership held by the old club and at no time did Rangers 1872 and Rangers 2012 exist with one uninterrupted full membership of the SFA as the new club had quite separately been granted its own distinguished, individual and separate membership.Rangers 2012 were subsequently treated as a new club, participated in the early rounds of the Scottish Cup and were not eligible to play in UEFA competition due to not having been members of the SFA for the mandatory 3 year qualifying period all in terms of Article 12 of the UEFA rules.

As Celtic supporters, we regrettably recognise that our club had an association with Rangers (1872) through the collective descriptive term, The Old Firm. We believe this term is now redundant following the liquidation of Rangers (1872).

On 1st February (2015) Celtic supporters will support our team in the semi-final against a new club, which came into being in 2012. This will be the first ever meeting between the two clubs and the purpose of this statement is to place our position on record so that Celtic supporters can enjoy the occasion for what it is and without playing any part in what we see as the Rangers “club continuation” fiction.*

This advertisement was placed by and paid for by Celtic supporters using crowd funding. 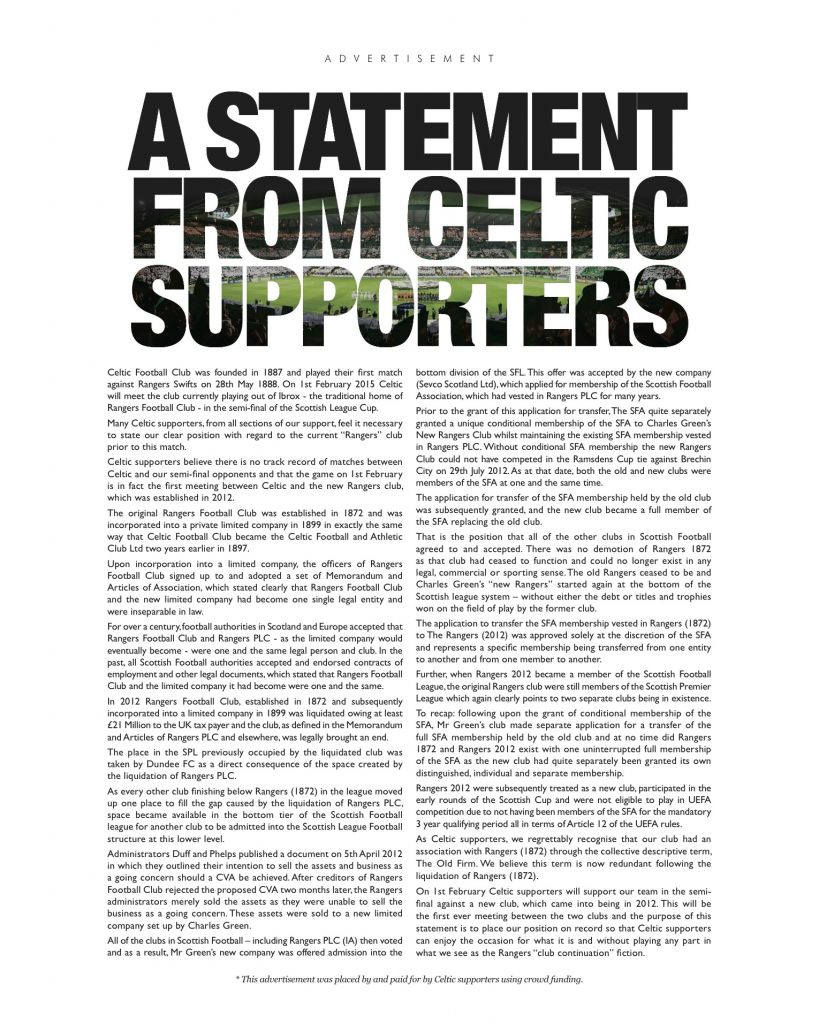 Previous ArticleBayer Leverkusen v Celtic – team news, KO time and where to watch
Next Article After the Celtic AGM, now is the time to consider a Celtic Supporter Membership Scheme