You are at:Home»Latest»Celtic’s outdated PR Strategy and Failure to Engage with supporters via Fan Media

Neil Lennon’s latest presser – or ‘depressor’ as it was described when sent to me yesterday – was much as you’d expect. It’s a dry production and even in these challenging times those who attended yesterday via Zoom from the usual media outlets did their best to keep it as arid an environment as possible.

The media huddle as usual will have worked their stories out in advance and be just looking for the quote to run that gets them their headline.

They of course got that early doors when ‘Dangerous Rhetoric’ was a phrase used by one hack to describe the questionable content of one of the banners displayed outside Celtic Park. Neil Lennon then repeated the phrase and the mainstream media had their own banner headline for their morning publications and the press conference reverted to the usual banality.

That was until right at the end the guys from The Cynic, having returned from the cold shoulder treatment of late stepped up with the only question that perked up the ears of this listener.

“On the 27th of October you said if things start to deteriorate rapidly, you’ll hold your hands up and say this isn’t working. Can you hand on heart say things haven’t deteriorated at this point with 2 wins in 12 games and what can you that you haven’t already in this run of results to make sure that it doesn’t become 2 in 13 tomorrow night?”

Immediately as a fan you feel engaged at this kind of questioning, and although Lennon appeared caught off guard, and stumbled through his answer somewhat, he did acknowledge the quality of the question. Perhaps he didn’t stumble at all perhaps he was just surprised to have received a well thought out query. Either way it was refreshing. Celtic’s PR Man will no doubt be kicking himself for allowing The Cynic’s ban to be overturned!

Over the last couple of days, we’ve looked at the reasons why Celtic have got to this point in the season and the road we’ve taken to get here. We’ve already looked at where we could and should fix our ambitions as a European club and why Celtic have been in a managed decline and who should bear the responsibility for the consequences of those actions.

Perhaps one of the most important areas for modern clubs is how they engage with fans. In a forward-thinking club, and I’m thinking of Brentford and Liverpool down south and Aberdeen in Scotland, the fans are engaged with far more than Celtic do.

Indeed, in the last decade, as the lines of communication have opened and dialogue flows both ways between supporters and the club, Celtic in most cases have taken a vow of virtual silence. If the club are not wishing to sell us anything on any particular week then Neil Lennon’s press conference for ten or fifteen minutes and an appearance by a player for a similar amount of time is all we get. Tried, tested, old school.

Many clubs now have embraced fan led media as a way to communicate with as much of their support as possible. The Cynic, having been sitting on the naughty step for a couple of weeks, is the only fans media group with access to the Celtic press conference, although Peter’s Pals can get in, it’s just that they don’t even bother. Yet bar a flagship free to air podcast the Cynic content, as exceptional as it is, is only subscribed to by around a 1000 or so supporters on a paid subscription basis. Accordingly they reach just a tiny percent of the overall Celtic support. 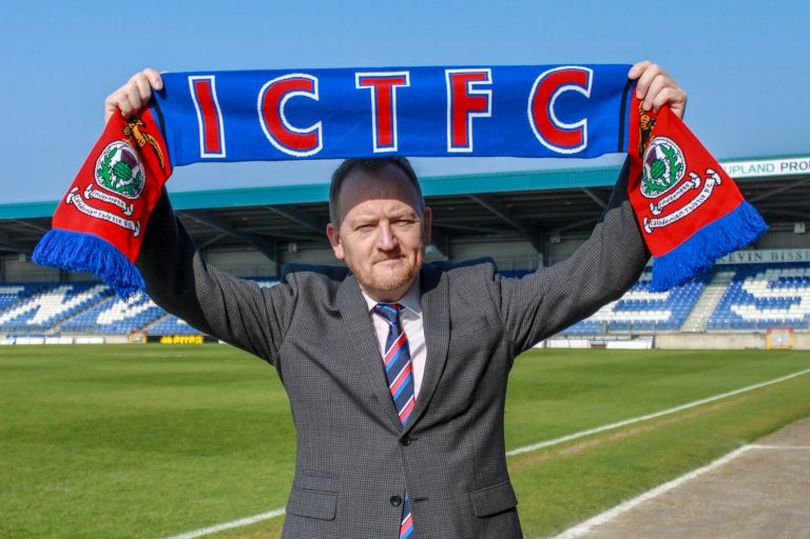 Celtic do come to this site when it suits them. This year we’ve worked on the bogus racism claims after the Glasgow Derby at the end of December,  the Celtic Boys Club story on Channel 4, the Null and Void campaign and the club’s treatment by the Scottish Government on Civid breaches compared to the way theRangers were commended.

When we’re fighting Celtic’s corner they are happy enough to engage but when it comes to football – zero, zilch, nothing. It’s all aimed at reaching tabloid readers or their pals in broadcasting, guys that sat at Celtic Park last December and lied about our club calling our fans racists.

Over the past 30 days The Celtic Star has had 1,233,657 page views and has had 385,215 users, according to Google Analytics. And there are other Celtic Fans media sites available some with similarly strong audience figures, then you have the podcasts and other video channels, so the Celtic fans media is vibrant yet it is almost entirely ignored by the Celtic PR team.

If you try to run a PR operation for any business using the same certainties of a decade ago then you are going to come unstuck. Celtic’s PR needs to be reviewed and they need to come to the Fans Media with a open arms and begin to communicate with the supporters in a modern, intelligent and respectful manner.  Has the growth of an independent fans media taken Celtic completely by surprise? It sure looks that way. 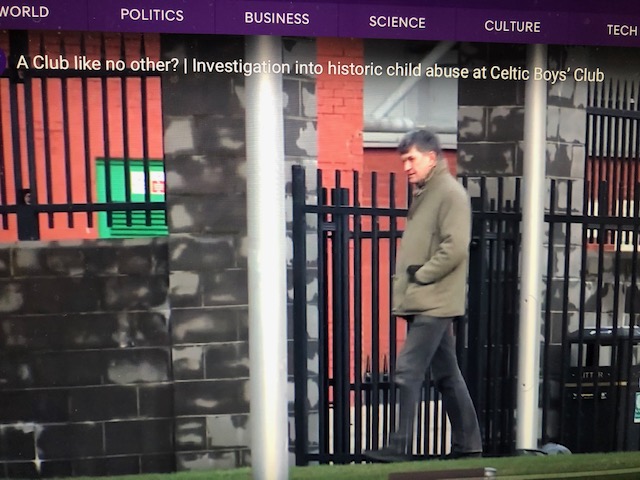 The Celtic Star challenged Channel 4, pointing out their errors

One thing that has been made crystal clear in the last few weeks is that Celtic’s engagement with supporters is diabolical. It is as out of touch as the pale, male and stale board members who run the club.

Celtic’s PR machine is a disaster and as a board they appear happy to engage media publications to communicate, and I use the term in the loosest possible manner, with the support that many have long since distanced themselves from due to a history of treating the support with contempt.

But there is a brave new world out there for Celtic to engage with and it needn’t be terrifying for anyone on the Celtic board as The Cynic’s line of questioning showed yesterday.

There is little understanding of what goes on behind the scenes at Celtic Park and you know what, there is a market out there for it. It needn’t be a barrage of criticism for those who choose to engage with it.

Much of Celtic media sites reflect the interests of the fans as believe it or not we are all Celtic supporters ourselves – well most of us. The days of relying on compliant blogs are long gone.

We have an interest in Celtic at all levels. We write articles or fill podcasts and You Tube channels with views and debate on our recruitment, young players coming through, new sponsorship partners and on the women’s team having turned professional. We may even be described as obsessed.

The Celtic Star defended the support against bogus racist claims

We cover the history of the club, the players and their stories, the tactics we adopt and why, the staff employed in specific roles, from the ticket office to the boardroom and everything – and I mean everything – in between. We are engaged in and write about all of that, because that is what as fans we are interested in, all things Celtic.

It may surprise some within the Celtic hierarchy but we now expect more from our club when it comes to communication, because that is the way of this new dawn of media coverage. Yet for now all we do is talk to each other, and that’s fine of course. But when things are rosy and particularly when proceedings turn sour, it’s a good idea to open lines of communication rather than block them off with metaphorical barriers as we see now.

The current communication channels employed by the club have even recently resulted in fans believing they were called ‘entitled’ or described as a ‘mob’. If, as the club say in their recent statement, they didn’t say such things, then the club don’t need a statement to be issued to clarify that. What they need to do is cut ties with publications that put words in their mouth and communicate through other avenues. There are plenty out there including The Celtic Star with a vast and engaged audience of Celtic supporters.

One of the biggest reasons why fans are venting their frustrations on social media and with even more direct action is down to a lack of engagement and poor communication with the support from the club. A ‘them and us’ approach simply cannot work and cannot be sustained in an age of open communication. It is outdated and indicative of an organisation out of touch. 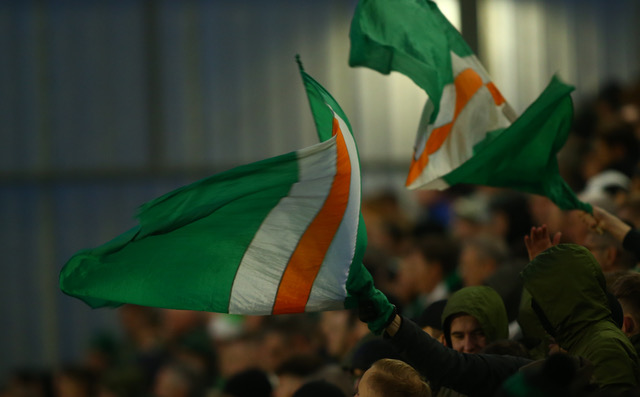 Engagement with fans media and the support in general is a two-way street. You hear the rumblings of discontent before it ends up knocking down your door, and you can engage with the ideas of the support out there who simply care a great deal about their club and have ways of improving it.

In return the fans want to hear from the youth coaches, analysts, data collectors, the head coach and star players of a successful women’s team, what the voice of the Head of Football Operations sounds like and what his vision for the future is, and preferably we’d prefer to hear that away from the banality of the questioning we suffer via Celtic TV.

The truth of the matter is none of this needs to be frightening for Celtic, it could and should be embraced. When you consider where the current approach to communication has got the club to in the last few weeks it can only be an upgrade.

So, if those who run the club, in a moment of humility, decide to look at where it’s all going wrong and where they could fix it, fan engagement and alternative lines of communication may be worth discussing. It might even make the press conferences a little less depressing.