You are at:Home»Latest»Celtic’s remarkable European Adventure began 58 Years Ago tonight in Valencia
Showing 2 of 7
Prev Next

So it was exactly 58 years ago this very evening , on Wednesday 26 September 1962, Celtic lined up in the imposing Mestalla for our first-ever European tie, as follows: 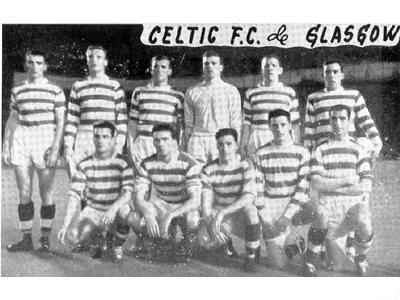 The holders started well, in front of 25,000 spectators on a wet night, left-winger Coll scoring twice in the opening half-hour, as the roof threatened to cave in on the young Hoops.

Celtic striker Bobby Carroll then wrote his name into the history books, with our first-ever European goal, his shot from Mike Jackson’s cutback beating the keeper before going in off defender Mestre. Valencia schemer Guillot then notched a double either side of half-time, before Carroll completed his own brace with fifteen minutes remaining from another Jackson pass, the first leg thus ending 4-2 to the Spaniards. 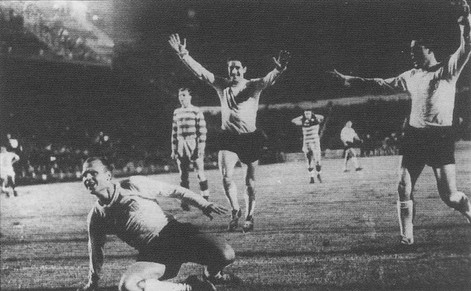 One month later, on Wednesday 24 October, 45,000 turned out for the return match at Celtic Park. Typical of the times, where consistent team selection was a stranger, Celtic made some surprising changes to their first-leg line-up, scorer Carroll dropped as was Jackson, the man who made both goals, with McNeill and Kennedy injured. In came McNamee, Clark, Divers and Bobby Craig, the latter having only arrived in Glasgow hours before the game, following his £15,000 transfer from Blackburn Rovers.

The first-half ended goalless, John Clark missing a glorious chance to bring Celtic right back into the tie, blazing his spot-kick high over, after Divers had been upended by Mestre.

This missed opportunity would prove costly, as the unfortunate Verdu knocked a Byrne corner passed Zamora early in the second-half, for what would have been a tie-equalising goal. 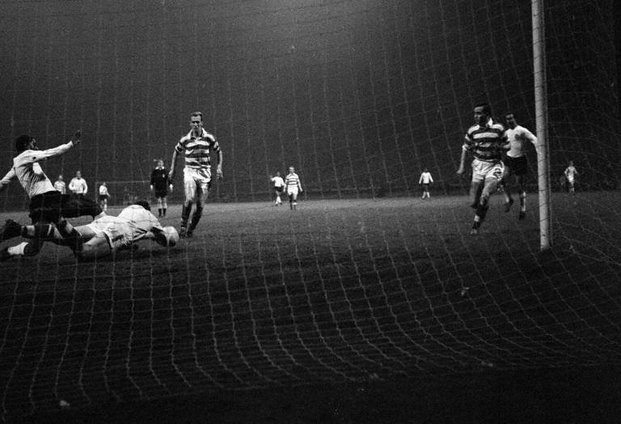 The football gods then frowned on the Hoops, first Guillot beat Fallon again to score before the invisible Waldo made his only contribution, firing home from the edge of the box to put the tie beyond doubt. Pat Crerand’s left-foot leveller with five minutes remaining salvaged an unbeaten home start, but sadly, Celtic were out of Europe. You can watch the highlights of this game below. 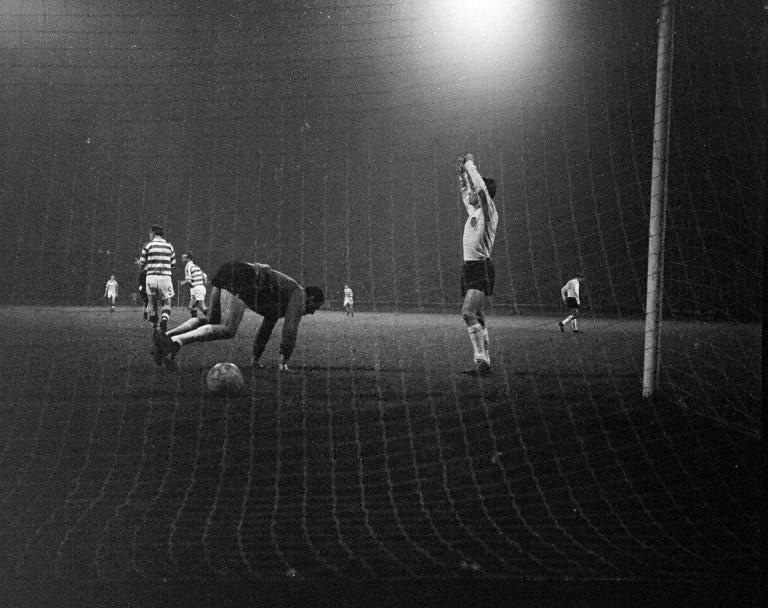