You are at:Home»Latest»Celtic’s strange, strange year

PAT WOODS and Tom Campbell, those most eminent of Celtic historians borrow from Charles Dickens to describe this year – “it was the best of times, it was the worst of times”.

One has to admit that 1969/70 was a success – winning the Scottish League for the fifth year in a row has to be considered good, and the team had also won the Scottish League Cup by beating St Johnstone in the previous October, but it was also a failure. 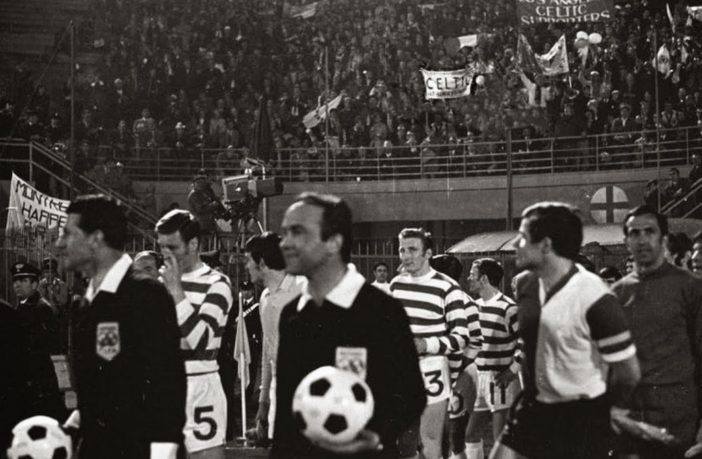 The other two competitions caused more than a little angst and heartbreak. We had reached the final of both the Scottish Cup and the European Cup, but lost the pair of them. Cup final defeats are never easy to take, but it was the manner of the defeats that caused the heartbreak. 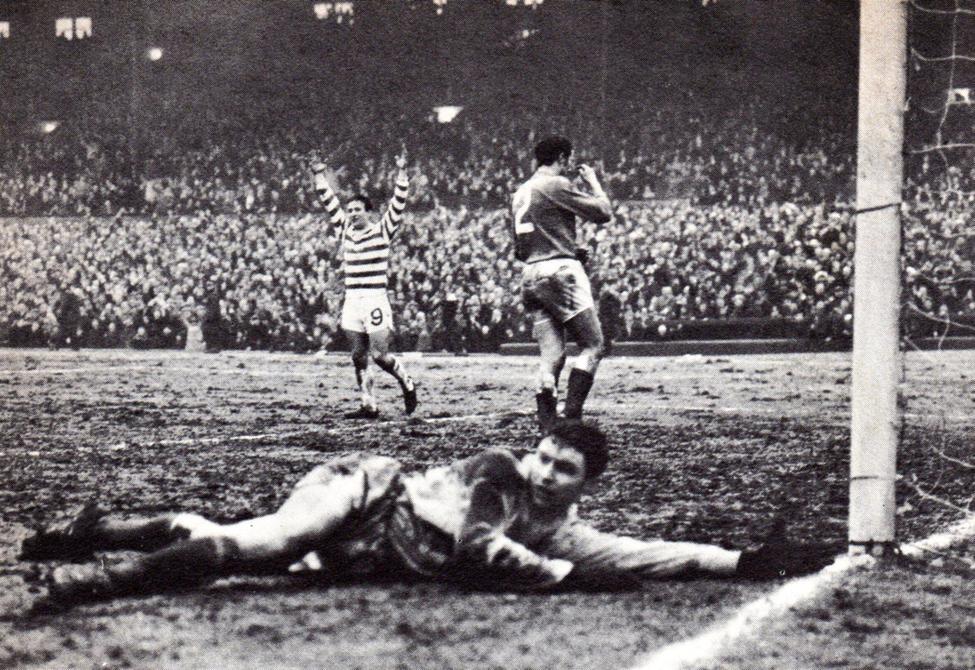 Let us talk about the Scottish Cup first. The campaign had seen us defeat three teams beginning with D – Dunfermline, Dundee United and Dundee – and of course Rangers. The Rangers was played at Parkhead on a quagmire of a pitch in February.

We might well have seen one or two players of either side enjoying an early bath, but Celtic were the better team throughout with the fast developing David Hay playing a decisive part in the victory. This victory incidentally ended Rangers season as early as February for they were nowhere in the League. 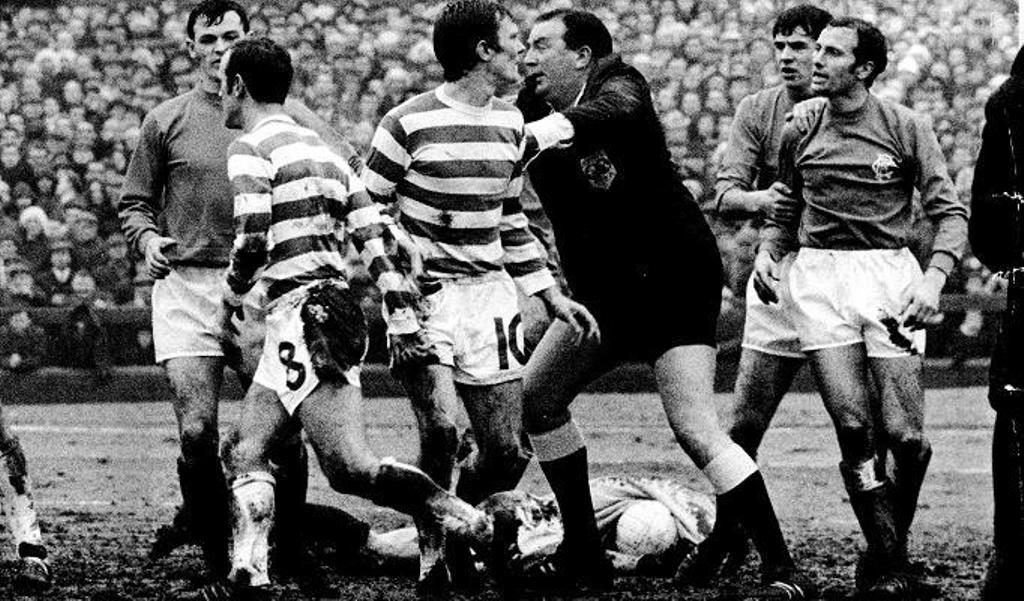 It was Eddie Turnbull’s Aberdeen who were the opponents in the final on 11 April. In some ways the night of Wednesday 25 March was the key game. Aberdeen had, most unusually, defeated Celtic at Parkhead. To Celtic, it didn’t matter all that much.

They might have won the League that night. In fact they won it the following Saturday, and the general impression was that it didn’t matter all that much with the cynics pointing out that it would add a little interest to the Scottish Cup final.

Aberdeen did not see it that way, however. They had proved to themselves that they could beat Celtic. They had a sound defence with a well-organised offside trap, and were professional enough to score at the other end. For Celtic the danger signal was up, but they didn’t notice it.

The reason why we didn’t notice it was because Celtic were about to take on Leeds United in a European Cup semi-final, a game which had been hyped up to a very unhealthy extent with cliches like “Battle of Britain” being dusted down and brought out again for the first time since we played Liverpool in 1966. The winning of the League was accepted in our stride on the Saturday before the first Leeds United game, but everyone seemed to lose interest in the Scottish Cup final. 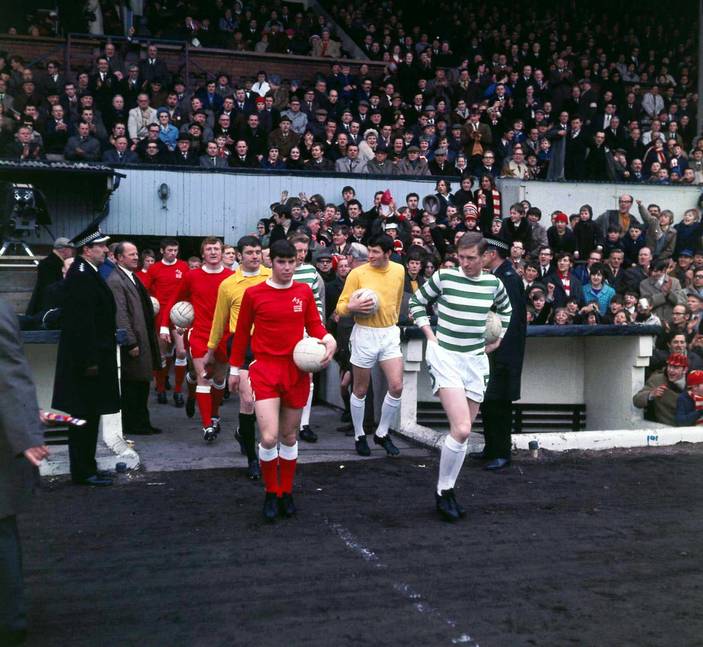 We have tended to hide behind the excuse of poor refereeing by Bobby Davidson of Airdrie. And yes, there were some shockingly bad decisions – the worst being when a penalty was given to Aberdeen when the ball hit Bobby Murdoch’s chest! There was also a goal disallowed for a foul or perhaps offside when Lennox looked on, and Celtic had a far better penalty shout disallowed. 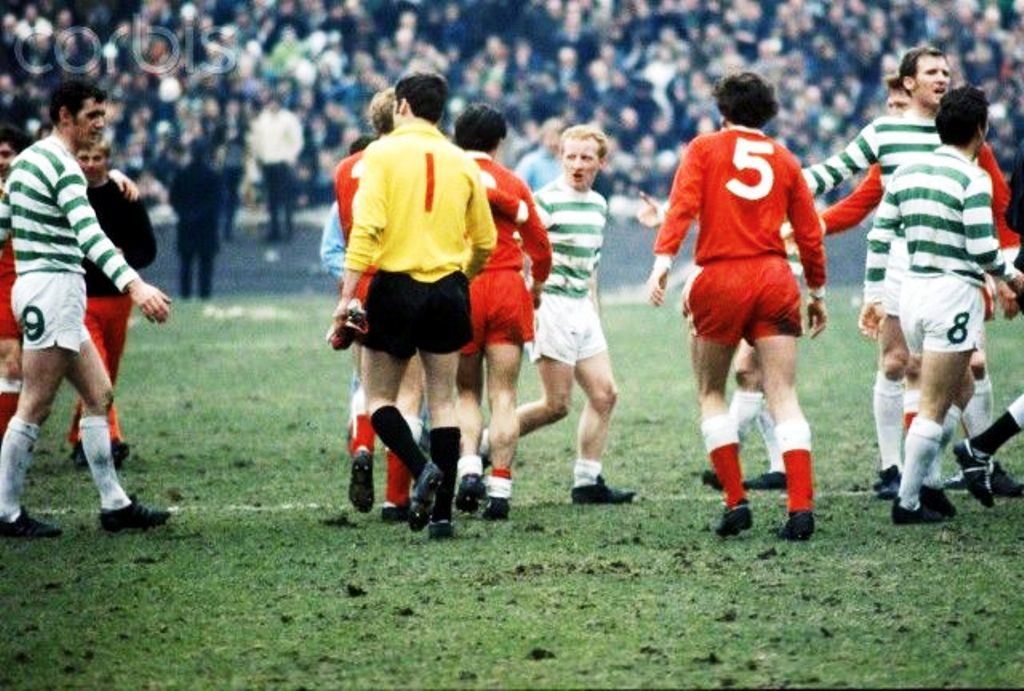 Stein’s public and voluble denunciation of the referee was well documented, but tended to hide the fact that Celtic were only 0-1 down at half time and failed to get back into the game until it was too late. Aberdeen scored to make in 2-0, then Lennox pulled one back, but Aberdeen then killed us off at the end. Celtic really should have done a lot better, and once again the team’s deficiencies were not acted upon.

We did not realise that there was an accident waiting for a place to happen in Europe. It did not happen when Leeds United came to Hampden. In fact Celtic played one of their best games of that era – and that is saying something! But the brilliance of the victory was the worst thing that could have happened.

We heard stuff like “the final before the final” “Celtic being the British champions” “England bows the knee to Celtic”. It was indeed great to put Don Revie, Jack Charlton and Billy Bremner in their place. Very little, however, was done about the low profile Dutch team called Feyenoord.

I have heard several reasons give for the defeat and they all have some validity. In ascending order of importance there was the noise of the Dutch horns, the silly announcement by the players that they had formed a consortium to handle their money, the fact that the Celtic players had an American tour looming, the wrong team formation picked by Jock Stein, the chance missed by John Hughes at the start of extra time, the complacency of everyone to do with Celtic and that included the supporters, and the loss of appetite of too many of the players who really should have done a lot better. All these reasons contributed to an awful night for Celtic!

But was it really the disaster that we all thought it was? Admittedly the antics of players and Manager on that dreadful tour of America showed a terrible disrespect for the American hosts and the bewildered fans back home, but Celtic were still undeniably still the best team in Scotland, the best team in Britain and the second best team in Europe.

These were unbelievable riches compared with the penury of the early 1960s, but it was not now good enough for Celtic supporters, and we all spent a miserable summer watching the Mexican World Cup. 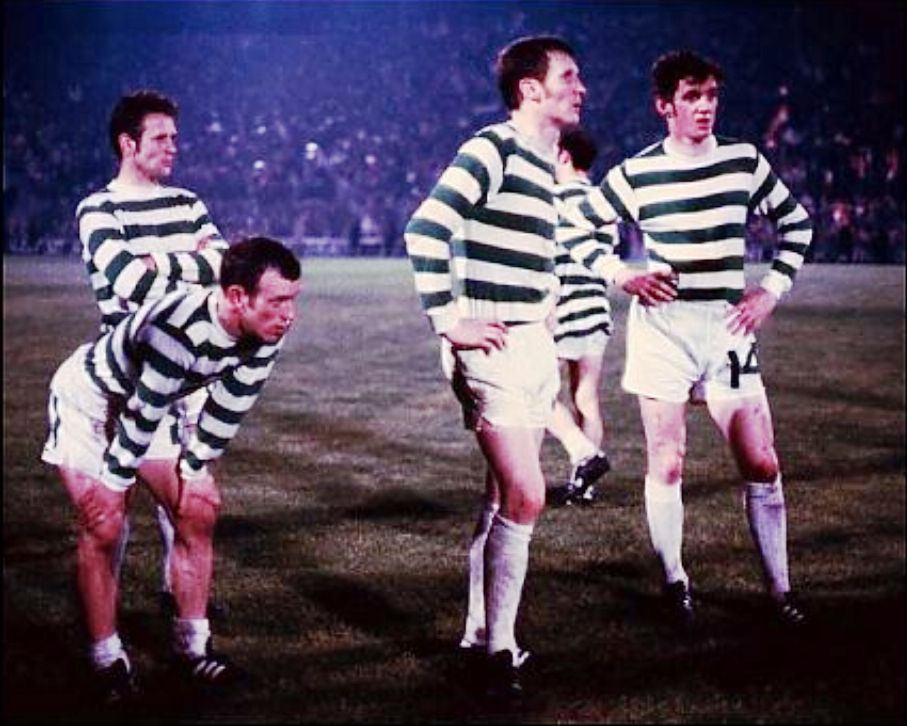 So too did Jock Stein who, after a bizarre, almost psychotic episode when he walked out of Celtic’s tour in America literally in the middle of a game and flew home (incredible, but true!) nevertheless pulled himself together and set about rebuilding a new Celtic side, bringing in new players, developing youngsters and keeping together old hands like McNeill, Johnstone and Lennox who had served him well.

The domination of Scotland would continue, and we would still make an impact on Europe reaching the semi-final on another two occasions to lose in desperately unhappy and unfair circumstances. But 1970 was a strange, strange year.

Previous Article‘When I saw the sales of the season-tickets, I thought this is crazy, this is huge,’ Celtic’s French star
Next Article Bain get De Vries Confidence Vote – “He is very talented. He never let Celtic down”