Osaze Urhoghide signed for Celtic back on 1 July and was Celtic’s second signing of the summer after his Sheffield Wednesday teammate Liam Shaw, who had already signed a pre-contract with the club back in March but officially started his career at Celtic Park in June. Urhoghide was born in the Netherlands to Nigerian parents and moved to England aged five.

He started his senior career with AFC Wimbledon at the age of 17 but never actually made an appearance for the club and was released after one season. After a trail at Sheffield Wednesday he was signed by the League One outfit. He played only four times during his first season at the club but it was last season where he really progressed, playing seventeen times in total, often receiving praise for his performances. With his contract up he signed a four year contract at Celtic Park. 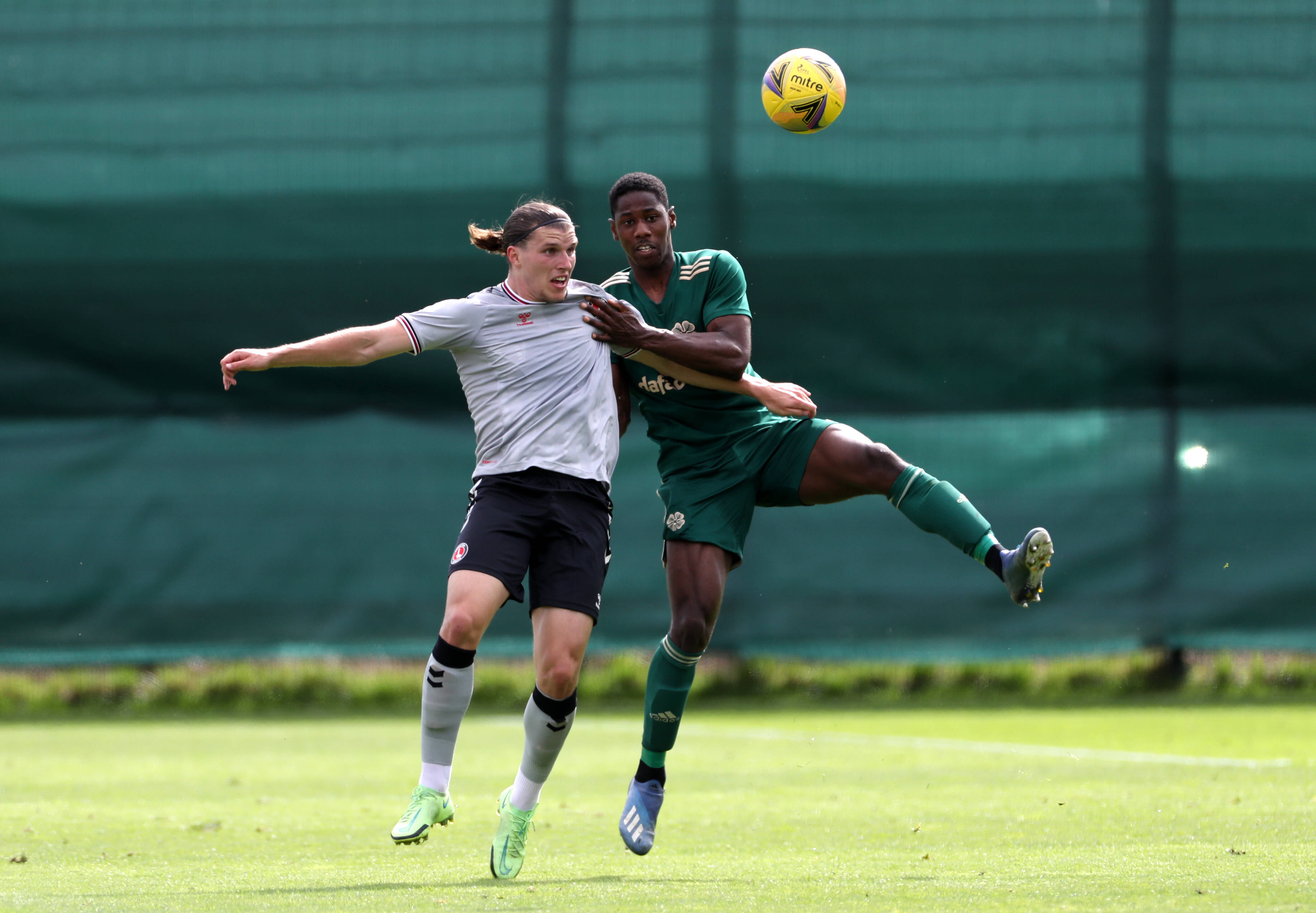 Upon signing for Celtic he described to Celtic TV what the fans can expect from him. He said “I’ll make a lot of big tackles in games and put in a lot of hard work. The work-rate will be there and the tackles will be there.” On what convinced him to sign for the club he said “I spoke to the manager. He has a good vision for the club and the club is in a rebuilding stage. I see his passion and his work with young players and I feel he can help me develop into a better player.”

Postecoglou said of Urhoghide’s signing as reported by the official celtic website: “It’s great. He’s someone that the club’s been tracking for a while and when I came on board, I managed to have a meeting with him and he’s a good young man, he’s very ambitious.” He goes on to say a lot of good things about the defender but it was the ‘clubs been tracking him for a long time’ remark that leads us to believe Ange had no input in sourcing the player, although he clearly helped get it over the line at the end.

Unfortunately for Urhoghide he hasn’t had many opportunities this season, only one in fact against Real Betis in the dead rubber match in December, but he took his chance to impress by putting in a fantastic performance that surprised a lot of Celtic fans including myself. I had saw the big defender in a few matches during pre season and thought he looked extremely raw and would need a lot of work before being capable of staking a claim for a first team place. 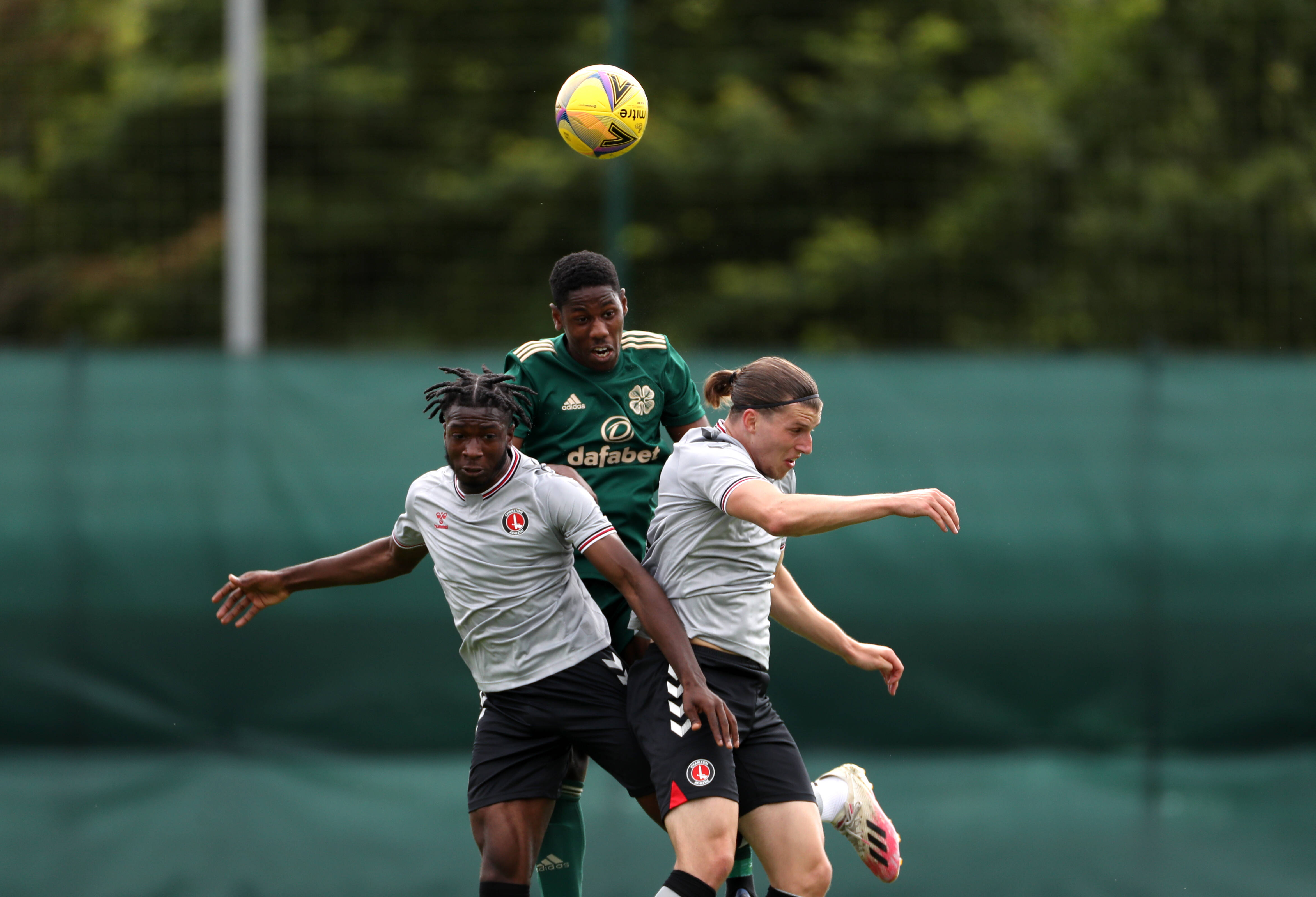 That night, playing at right back as opposed to centre back where we had saw him previously during pre season, he put in a fantastic shift. He impressed defensively and maybe even more surprisingly looked good going forward also. He managed to quell the threat of former Barcelona youngster, and Betis’ most dangerous looking player during the game, Carmen Miranda by sticking to his task well and never shirking the challenge.

With the majority of our first team regulars returning for the next game we never got to see Urhoghide again but he definitely left a good impression on me during his only appearance at the club. It has left me with plenty of hope that he may have it in him to keep progressing enough over his four year contract to meet the standard required to become a regular in the Celtic set up although it will be a huge challenge for the young defender.

Urhoghide was 20 when he came to Glasgow (now 21) so could definitely be regarded as one for the future. As with his old Sheffield Wednesday pal Liam Shaw, I think a loan to a good club where he will play regularly will do him the world of good. The talk is that Dundee are interested and as I said previously regarding Shaw, I feel that if we loan these young players out it would preferably be to a fellow Premiership team. 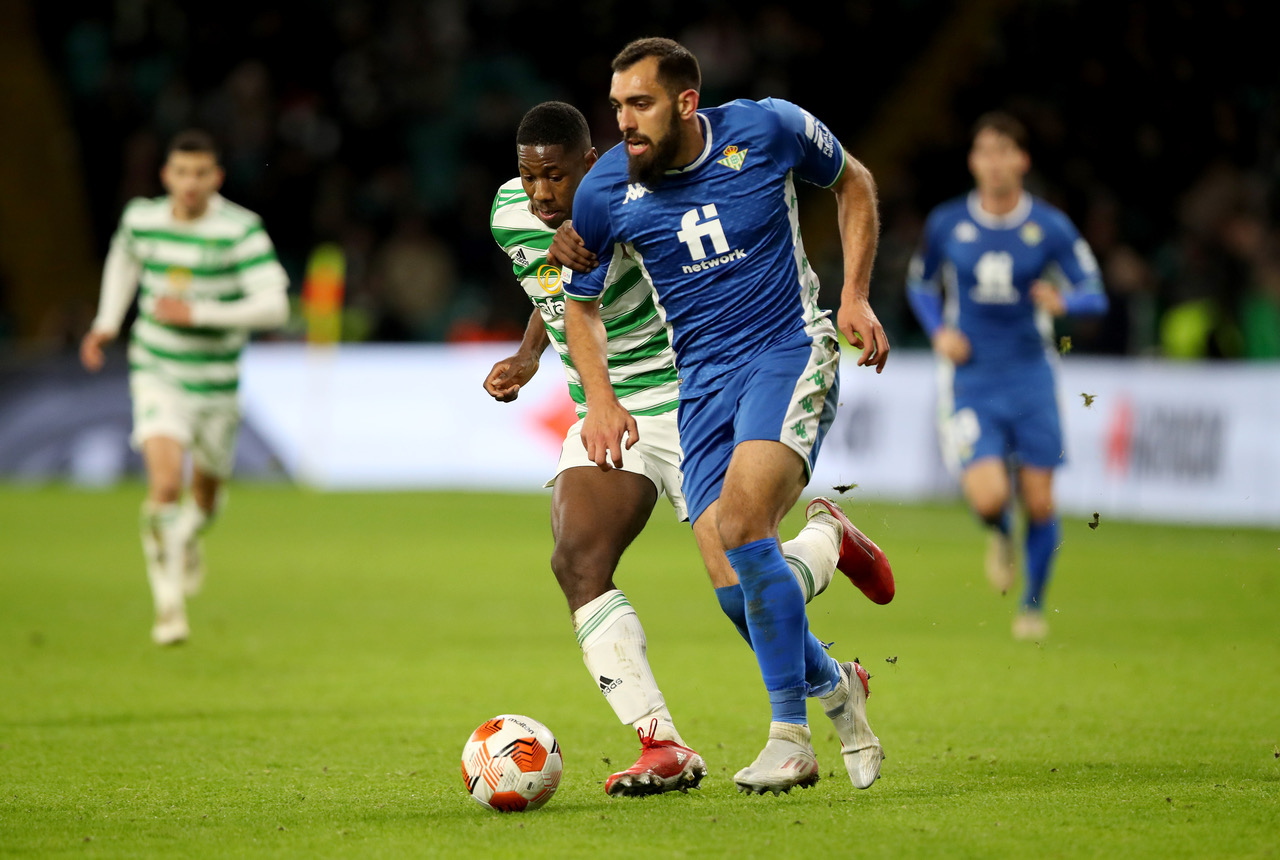 Borja Iglesias of Betis is challenged by Osaze Urhoghide of Celtic during the UEFA Europa League match at Celtic Park on December 09, 2021(Photo by Ian MacNicol/Getty Images)

Another club interested is League One wise guys Morecambe. With the club currently being managed by former Motherwell manager Stephen Robinson and assisted by ex-Celtic youth player Diarmuid O’Carroll, they no doubt have plenty of knowledge regarding the player and would hand him a good platform to perform in a tough league, though as previously mentioned my preference would be that he stays north of the border.

After his performance against Real Betis I do hold hope that Urhoghide may be capable of reaching the standard required to be a first team player with us in the future. He seems like a player who is still extremely raw but possesses bags of potential if coached the right way. I actually hold more hope of Urhoghide making it at Celtic Park than I do of former Sheffield Wednesday teammate Shaw. I just feel there is a bigger scope for improvement in Urhoghide. 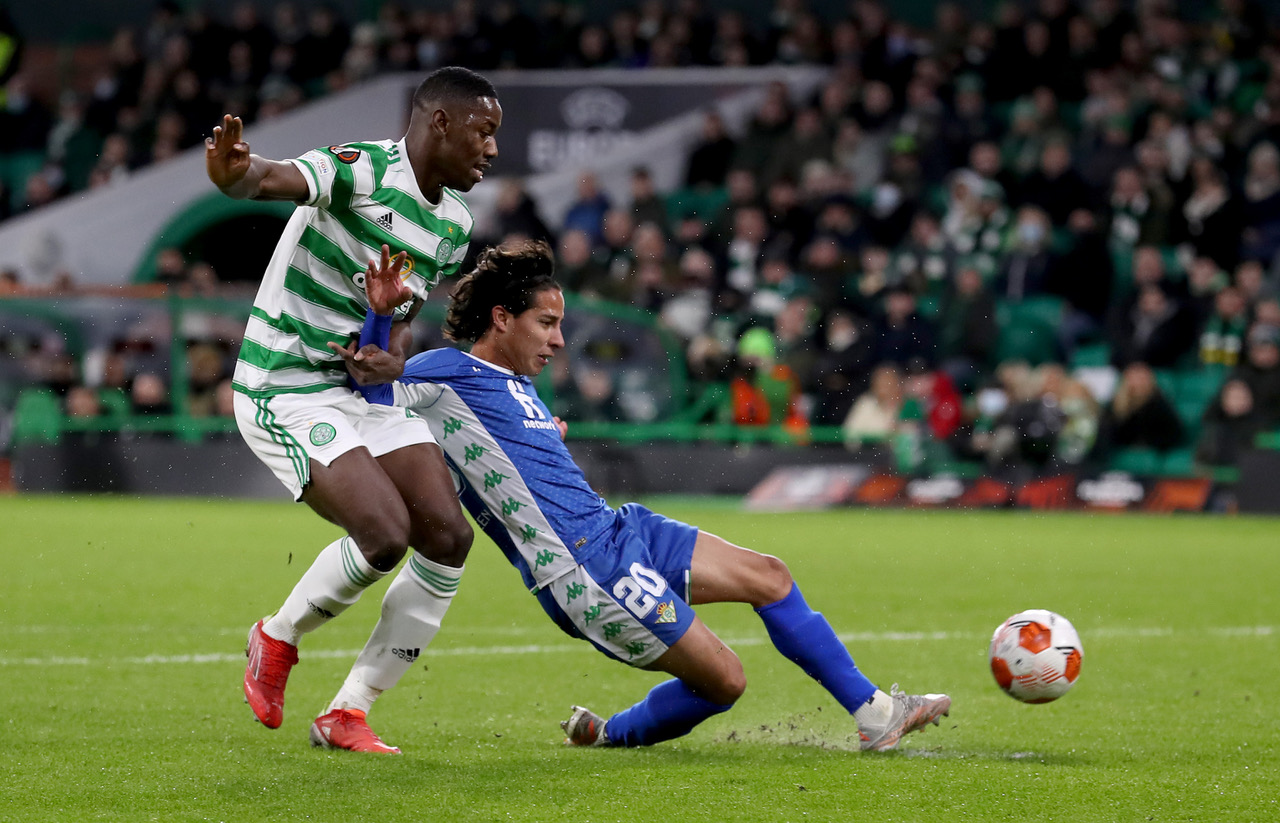 I think a loan move this month is the perfect scenario and it will be interesting to see where he ends up at. Good, strong young defenders are hard to find in modern football and with half a season playing regularly, hopefully in Scotland, I think we will see a rapid progression in the big man. Definitely one to keep an eye on.

Previous ArticleVideo: “When Celtic come in it’s a no brainer,” says new Bhoy Johnny Kenny
Next Article “I knew about Celtic before I came here. I was aware that it is a historical club and an important club,” Reo Hatate