You are at:Home»Celtic Women»Celtic’s three doubles Tynecastle chance, then Michael Nicholson must back Fran Alonso

If Celtic FC Women are to win the Scottish Cup Final on Sunday Fran Alonso’s team will be looking for a little bit of history repeating.

The Hoops head into Sunday’s Tynecastle encounter with rivals Glasgow City with the experience already banked of having defeated the same side in December to lift the League Cup – Celtic’s first trophy in a decade – and now can win the Scottish Cup for the first time ever with a repeat performance and at the same time write another chapter in Celtic’s illustrious history by completing our first domestic cup double. Exciting, isn’t it? Fran Alonso, speaking to Celtic TV, certainly agrees . 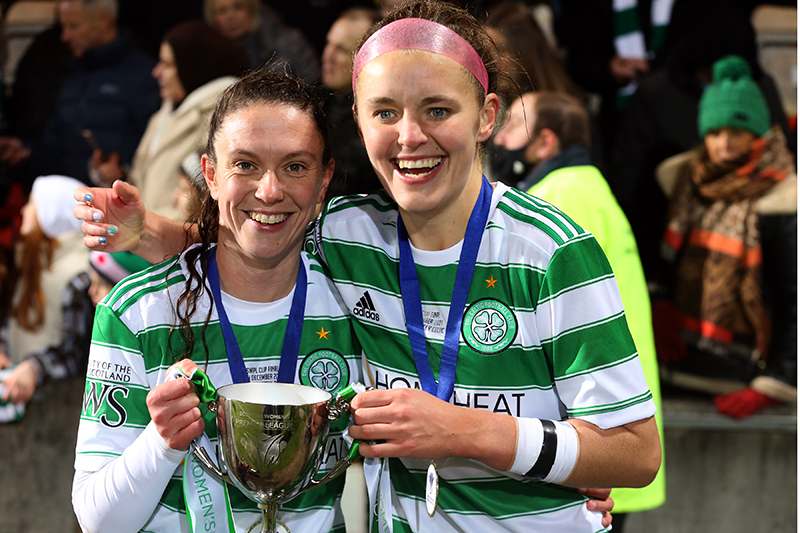 “I’m extremely excited, we can’t wait. The days are long now and we are focused on a day we will never forget. I think that it’s been an outstanding season for us so far and this could be the perfect end.

“I can see the players very focused and even though there’s a lot of noise with a final and it’s a massive event. It’s easy for the focus to go away but they are focused to play a good game, please our fans and put our name into the history books.

‘We’ve only played one Scottish Cup final in our history, so if we can win a domestic double it will be indescribable. It’s going to be a really tough game against a team that’s beat us in the last two games so we have to be at our very best if we want to have a chance. It will be the best team on the day that will win and the small details will make the difference.

“I don’t think there are favourites or underdogs, plus it’s a cup competition so both teams are desperate to win it and hopefully we can play our best and give ourselves a chance.”

In one-off games Celtic have excelled this season. theRangers and Glasgow City were defeated en-route to lifting the League Cup, and again in the Scottish Cup the Hoops have already put out the Ibrox club and now have the chance to defeat City and complete three doubles all at once knocking out theRangers in both cups, beating Glasgow City in both finals and lifting both the League Cup and the Scottish Cup.

It’s no easy task of course, after all City were 14-in-a-row league champions and finished above Celtic in SWPL1 this season – and while Celtic have been excellent in the cup competitions the same can’t really, hand on heart be said about the League form which has been as inconsistent as it has been frustrating. This after all is Celtic.

However that League Cup Final win should be all the encouragement Celtic need heading into Sunday’s Tynecastle showpiece and Fran Alonso certainly believes. 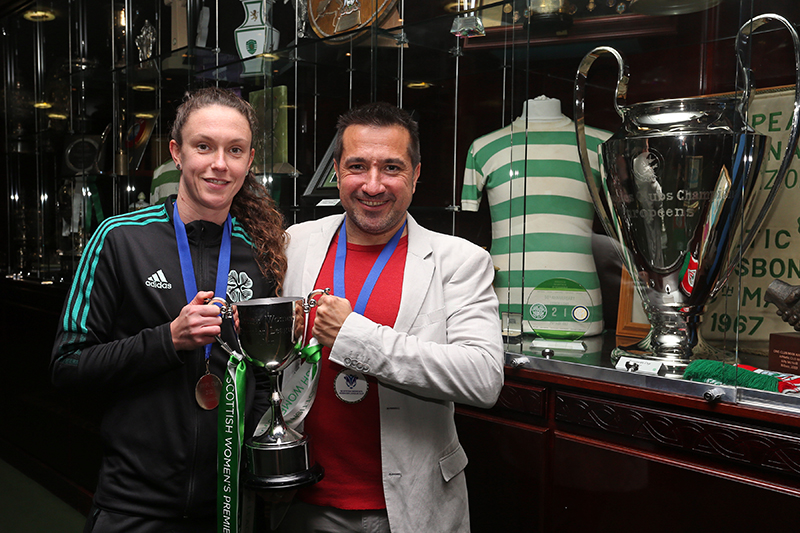 “It certainly gave us a drive in our previous games. Against (the)Rangers in the quarter-finals that was the feeling that took us through it and got us the win. They are hungry for more and we want to experience it again.’

“For a team that hasn’t won in 11 years, to win the first one is more difficult and now we know how to do it but we will play against an outstanding team and we will need to be at our best. The previous cup final is one of the best days in my 15-year footballing career and it’s something we want to experience again. It would mean the world. I came here to win titles, that’s what attracted me but I didn’t think it would come so early. The fact we are playing the final is a massive success.” 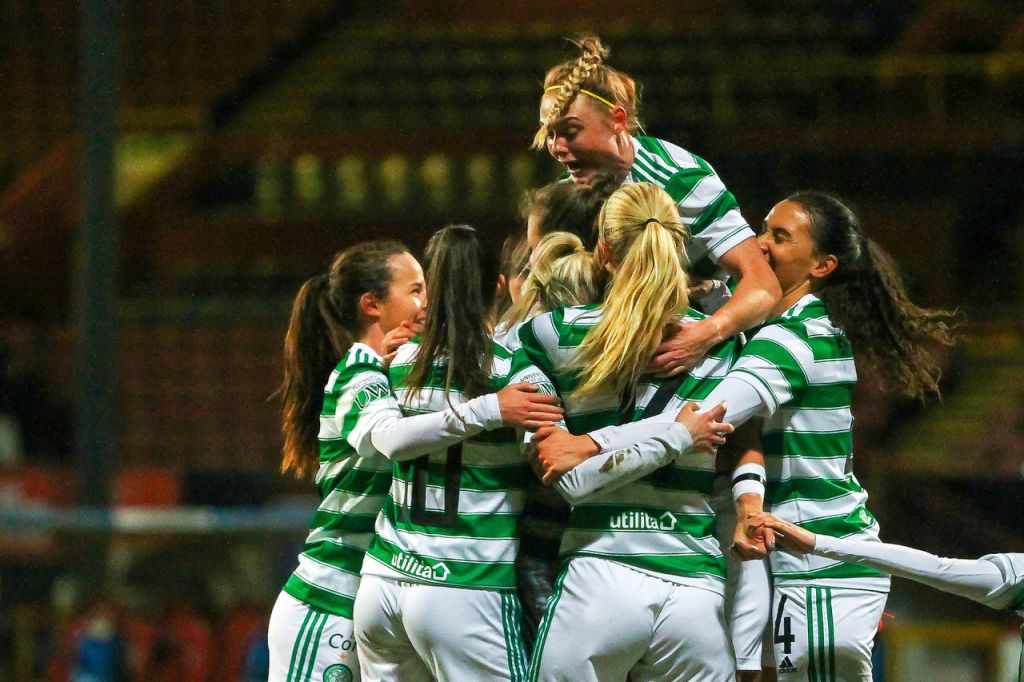 Sunday will be a monumental day in the history of the Celtic FC Women’s team and the team would greatly benefit from that famous Celtic support being there in numbers and full voice. The Celtic Star will of course be at the game cheering on the team and having been at the League Cup Final in December can confirm that it was a pretty special day all round with a truly dominant and impressive Celtic performance against the then Champions.

But the bigger picture is for after Sunday. Trophies aren’t titles, they are trophies and last summer after finishing third in the league theRangers committed funding to their women’s team, bringing in tried and tested recruits, including international standard players from Glasgow City and the result was an Invincible season in the SWPL1 this season to earn the Champions spot in the Champions League.

Fran Alonso will need to be backed by Michael Nicholson or theRangers could become the dominant force in the women’s game in Scotland.

Celtic’s third place finish – well off that pace with five defeats and draws against sides like Spartans and Hibs – means that their will be no Champions League football next season.  Hopefully Fran Alonso is armed with a domestic trophy on each arm come Monday morning when he asks Michael Nicholson to back him financially so we can challenge for the title next season.

Tickets for Sunday’s Scottish Cup Final are priced at £5 for adults and Under13’s go free, making it the ideal family day out and one that won’t break the budget. You can still buy tickets by following this link. The attendance at the League Cup Final in December at Firhill was just over 5500 and that looks like being exceeded on Sunday, with the vast majority of fans supporting the Hoops. 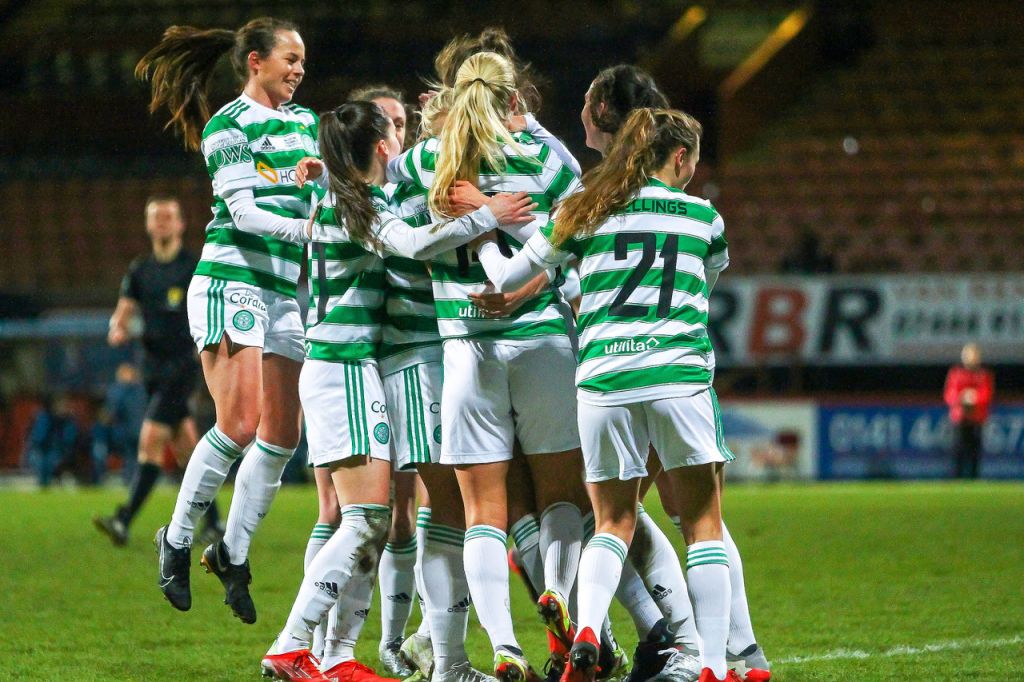 And for those who can’t get to the game the match will be on Pass to Paradise for season ticket holders, Celtic TV for those outside of the UK and Ireland, and on BBC Alba, with Sunday Cup Final kicking off at 4.10pm. See you for a Celtic party at Tynecastle.

A day I’ll never forget – today I got to meet Jota, Celtic’s superstar from Portugal
Michael Nicolson’s challenge that needs solutions found
A quick little left-back. He’s not going to defend like Danny McGrain, that’s not his game’
Previous Article“The whole thing has just been a fairytale,” Catholic United chairman on CCV and club’s Celtic story
Next Article “There is no question that Carter-Vickers should stay at Celtic,” Ramon Vega