Celtic stormed to a 5-0 win over Hearts last night after a blistering second half display. The result, coupled with Kilmarnock’s 2-1 win over Rangers at Rugby Park opened up a ten point gap at the top of the Premiership for Neil Lennon’s side but any notion of champions in February must be banished for the time being as we have three incredibly tough away games in the league before the split that will determine whether we will lift the trophy in May.

It appears likely that a seven point swing between now – mid February – and the start of May is unlikely but it has happened. Celtic have done it before and I am not here to proclaim doom and gloom, these are brilliant years to be a Celtic fan, especially one that goes to the games. All I am saying is that we need to be aware that our three biggest tests of the season are in front of us.

Firstly, this Sunday. Celtic face the journey to the North East to face Aberdeen, who have been out of sorts this year. Aberdeen really are a mixed bag, they were unlucky not to win at Ibrox a fortnight ago but have been struggling to score – barring the 3-1 win at Hamilton Accies. Celtic go there in great form but McInnes knows the Pittodrie support want a result from him or face calls for his head from Dave McCormack. Last time Celtic were there, we absolutely demolished the Dons in a first half blitz so what to expect is a compact Aberdeen that look to bully our central defenders in attack and limit our strikers in defence. If Celtic can carve Aberdeen open early, we’ll hopefully enjoy a comfortable journey down the A90 with three points and our lead intact. Aberdeen shouldn’t be underestimated, players are playing for their places and future as well as a manager who is desperate to buy some affection from the support.

After our trip to Copenhagen, we will face Alex Dyer’s Kilmarnock. After last night, they need no introduction. They are tireless and well-drilled and will try their best to propel themselves up the league table as they sit between 6th and 7th. A tough game but by no means out of Celtic’s capabilities following a European away tie, the use of the squad could be vital to win this kind of game. Players like Rogic, Elyounoussi, Klimala along the returning Elhamed and Bitton could play their part as they find themselves trying to break into the starting XI. 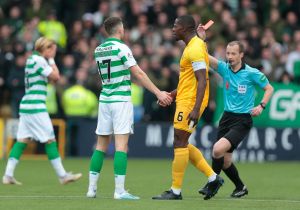 Then is perhaps the toughest game, a trip to Livingston on the 4th of March on a Wednesday night. Rangers host Hamilton and that night could be a potential hazard for Celtic if the form card is anything to go by. Celtic are yet to score at the Tony Macaroni Arena, in two games, we have failed to win since Livi were promoted. a 0-0 draw in November 2018 and a 2-0 defeat in October 2019. Livi’s home record is worthy of a wince as well, they have conceded just six goals at home all season. A phenomenal figure for Gary Holt’s side who continue to exceed expectations. Dykes appeared to be the culprit for bullying Celtic’s defenders in the 2-0 and will be a threat when we head to West Lothian in just under three weeks.

With that said, Celtic need to go there and right the wrongs of the last match. Jullien and Christie owe that to the supporters and their teammates following the last match. The two in attack give Celtic a menacing feel that Livi will struggle to live with. We are a totally different beast from October and Livi will know that.

Celtic need to be at their fast, attacking best to combat the rigid defensive block that Livi employ. Just last night, Livi scored a goal that was a carbon copy of the second in the 2-0 game in October, a ball over the top – Dykes wrestled his way beyond the defender and was brought down for a penalty – albeit in October he lifted the ball over Forster. They will be a threat, we know that on experience but at our best, we blow Livi away but it might need to be dogged and ugly, sometimes that is what makes champions.

Prior to the trip to Ibrox, Celtic host St Mirren in what will be another game versus Jim Goodwin’s St Mirren, who will be setting up to contain Celtic and frustrate them. Professionalism is key but this is a game that we should be winning, even if it takes us time to break down the Buddies.

These games almost work in tandem, if we win this and we win that then that doesn’t matter. It is what we do in the games before we go to Ibrox that will decide the league. People say that Rangers cannot beat us twice in a season at Celtic Park, why not? They have outperformed us twice and there were various factors at play, yes but the point stands that it is not out-with the realms of possibility that they could do that. Therefore, we need to go to Ibrox with our lead intact. We have the ability to totally blow them away and we should, it is within our grasp and could send them into meltdown.

The last game in the collection of games takes us back to Ibrox. Celtic won brilliantly in September with goals from Odsonne Edouard and Jonny Hayes gave us a deserved 2-0 win. A makeshift defence and fearless play gave us the win that day, we know that we can go there and get a result. The only question is whether we turn up or not. In the last two fixtures, we have struggled, Rangers have dominated the middle of the park and we have been overrun. Lennon seems to have addressed that and the settled formation appears to be 3-5-2 but even that might expose us at Ibrox to the midfield press that we struggled with at Celtic Park in December. Across the park, we have better players and even a draw will do us right, as long as we win the two away games prior to this one. To go there with a lead of ten points, assuming they haven’t played their game in hand at home to St Johnstone by then, will be daunting for Gerrard’s team and the supporters. They will be on edge as it is and the longer it remains against them, they will eventually implode. Celtic can take advantage. If we win at Ibrox or even draw, then we can get the champagne on ice, as it will take one helluva comeback to stop us then. 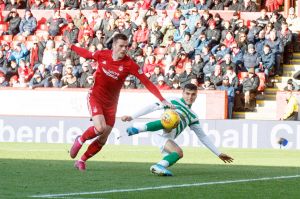 Until then, win our games. One game at a time. Neil Lennon and John Kennedy will be taking it game by game and the experience of Scott Brown, Callum McGregor, James Forrest and Fraser Forster will guide the team through this. We are top by being brilliant and we can ensure that it is 9IAR by continuing to adhere to the high standards that we have set since returning from the winter break.

Now, onto Pittodrie for the first of the big tests before Ibrox, not to mention our European adventures with Copenhagen days later. 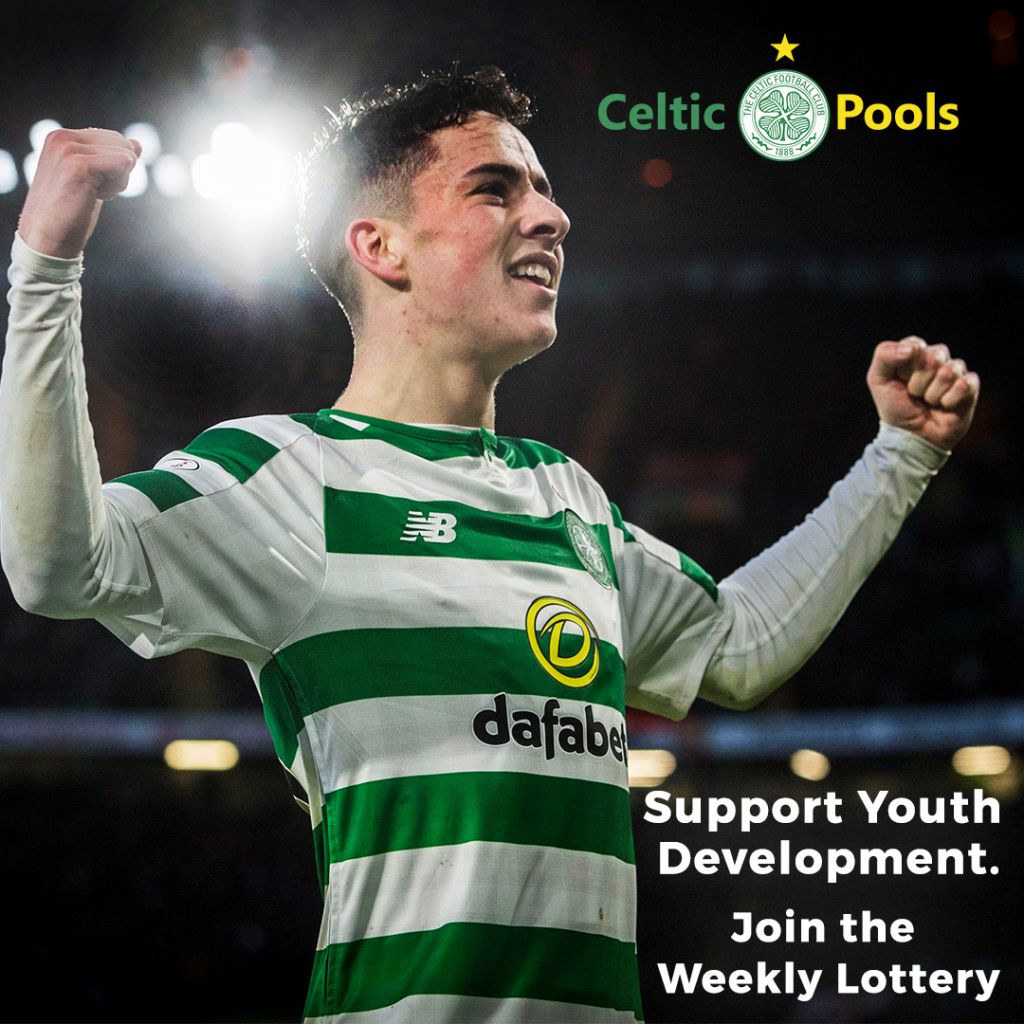 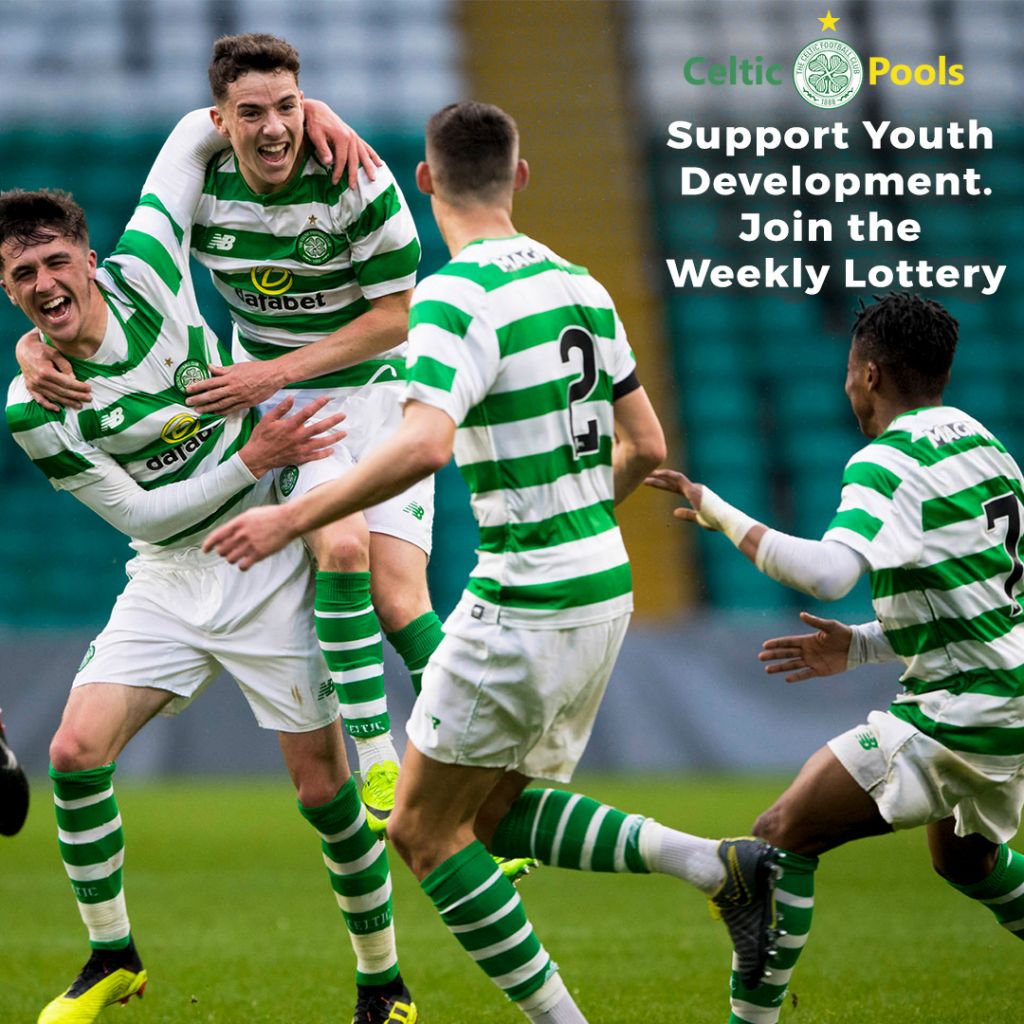