Adam Montgomery burst onto the scene at the end of last season and made quite the impression at left-back in a game against St Johnstone at Celtic Park.

The teenage talent looks to be the latest gem to come from the Celtic academy. With new manager Ange Postecoglou having no qualms about throwing the youngster into important fixtures, Montgomery has revealed he is loving playing Angeball under Postecoglou.

Just the other night in Seville, young Montgomery was pitched in at left-wing and did himself proud. Furthermore, the starlet admitted Betis was a major step-up in class, yet he relished the challenge. Speaking to the Scottish Sun, he said: “Running out to start the game against Real Betis in that amazing stadium felt a bit surreal,” young Adam said, as reported by Scottish Sun. 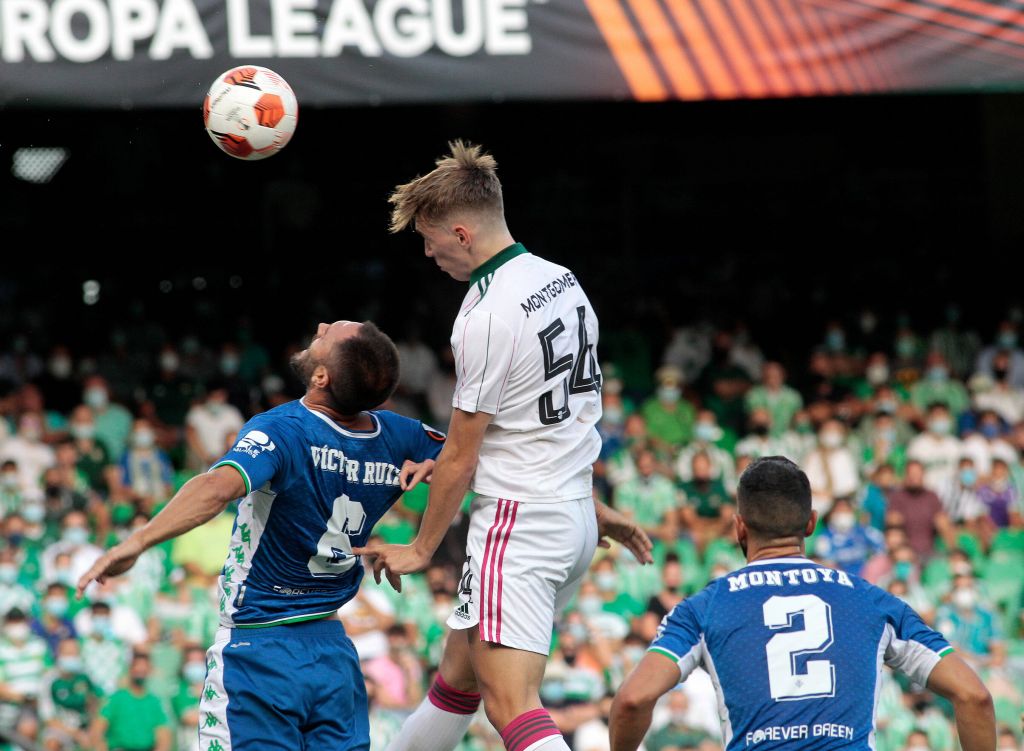 Adam Montgomery climbs high to win the header above Victor Ruiz of Betisin during the Uefa Europa League, football match played between Real Betis Balompie and Celtic Photo: Action Plus

“When you are coming up through all the age levels the thought of playing in big games in those sort of surroundings inspires you.

“It is something you dream about for years so to actually be doing it takes a bit of adjustment.

“I’m too young to remember anything about Celtic going to Seville in 2003 for the Uefa Cup final, but you can’t come through the club and not know everything about that run.

“I had been involved against Midtjylland and Alkmaar in the previous rounds so I had European experience, but Betis is another level. 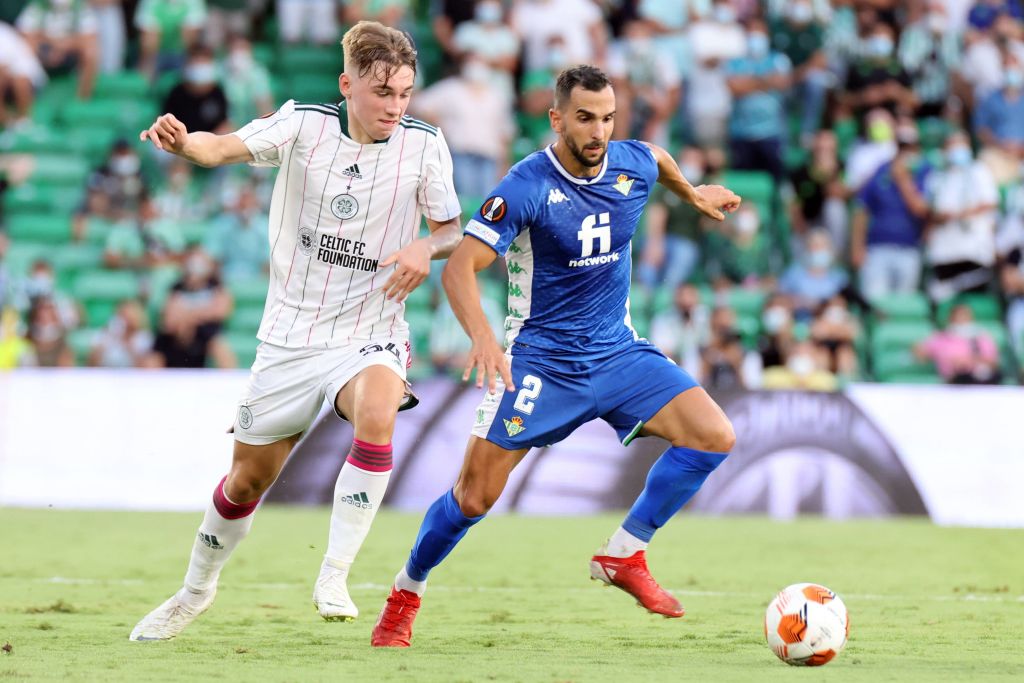 “They are one of the teams you see competing with Real Madrid and Barcelona in La Liga”.

Key to his success and on-field confidence has been the belief and stern leadership of the boss. Montgomery stated: “I tried to get on the ball when I could and make good use of it. I am delighted with the way the season has been going. The gaffer has been great with me and I am loving the football we are playing.

“People say we are a fun team to watch. I can promise it is also a lot of fun to play in this team. 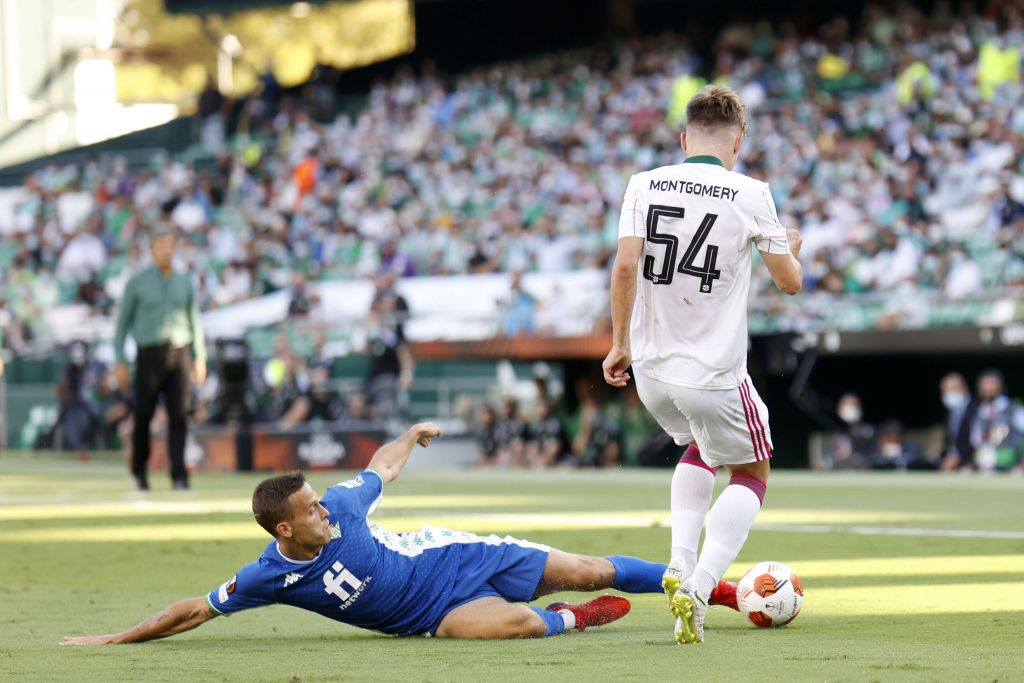 Although Celtic eventually faltered in the Spanish sun, the kid admitted that there is still an unwavering belief within this current crop of players. “Obviously the Betis result was not the one we wanted, but there were a lot of positives to take from the match.

“We have gone to the home of one of the top teams in Spain and scored three goals. Not many sides can do that.”

Montgomery was far more effective further up the field, as opposed to playing at left-back. Hopefully the precocious talent provides the Celtic support with something to cheer about today at the Toni Macaroni Stadium.

Previous Article“That was music to my ears,” Christie on Postecoglou and time being up at Celtic
Next Article Team’s Up – Surprise as Bolingoli starts, first start for McCarthy