Former Celtic forward Timothy Weah has been enjoying considerable success at the World Cup with the United States joining England in qualifying for the knockout stages at the expense of Wales and IR Iran.

You can watch the Weah family celebrations ahead of the round of 16 match with Netherlands, where Weah will come up against another former Celt, Virgil van Dijk and here’s how to get free bets on Ladbrokes on the outcome of that engrossing match and on the odds on Timothy Weah adding another World Cup goal to his tally after his goal against Wales.

No other player at the World Cup in Qatar can expect to get a VIP dressing room visit from a Head of State and a First Lady but when your parents are Liberia’s President George Weah and First Lady, Clar Weah, then that’s exactly what happened for ex-Celt Timothy, and both his mum and dad were clearly thrilled at their Bhoy’s success at the World Cup with his adopted homeland the United States. 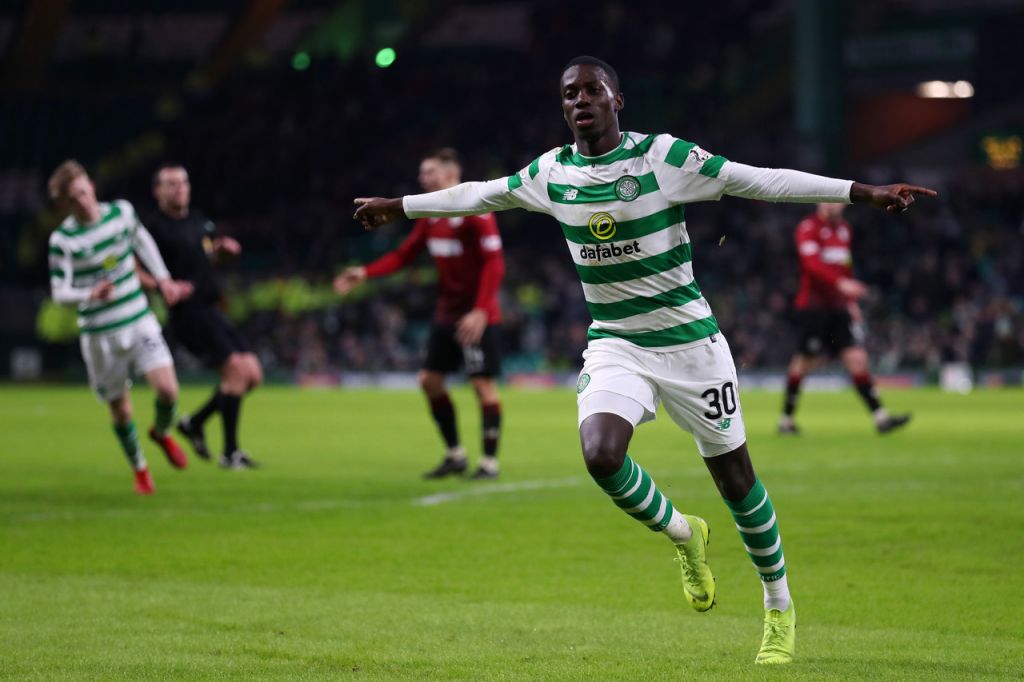 The video below captures the moment the Weah’s all got together, probably talking about how brilliant Celtic’s Cameron Carter-Vickers played in the decisive game against IR Iran and of course how well their Bhoy Timothy has performed on the global stage in Qatar.

George Weah was of course not too bad a footballer himself. He was the FIFA World Player of the Year in 1996 and the Ballon d’Or winner in 1995. 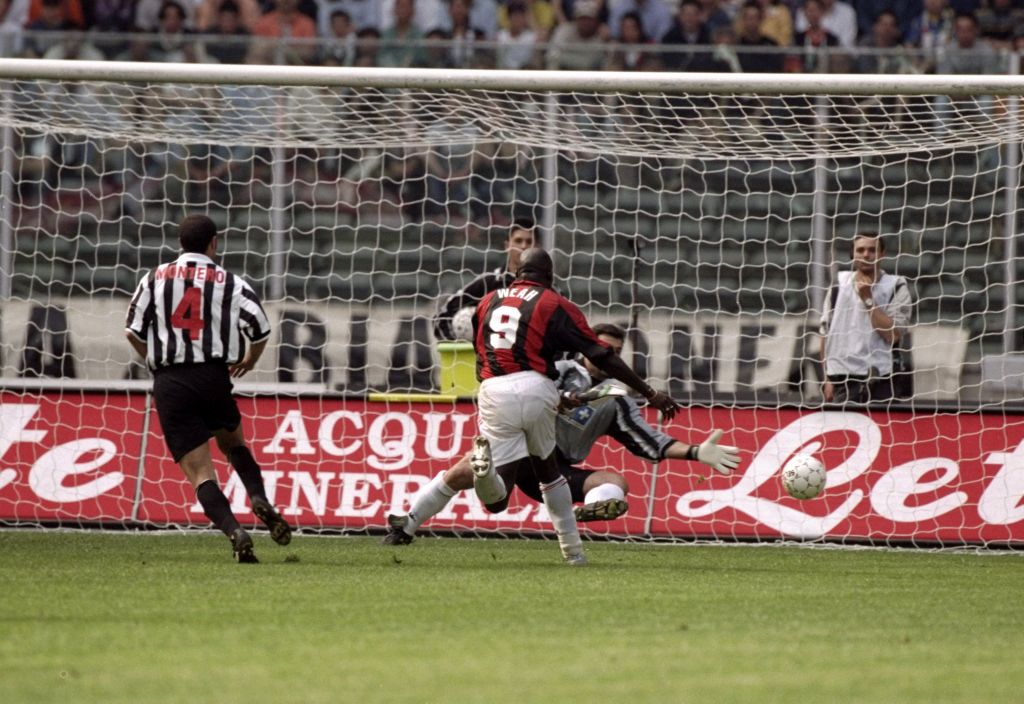 9 May 1999: George Weah of AC Milan scores a goal during the Serie A match against Juventus played at the Deli Alpi Stadium in Turin, Italy. The match finished in a 0-2 win for the away team AC Milan. Mandatory Credit: Allsport UK /Allsport

After beginning his career in his native Liberia, Weah spent 14 years playing for clubs in France, Italy and England. Arsène Wenger first brought him to Europe, signing him for Monaco in 1988.

Weah moved to Paris Saint-Germain in 1992 where they won the Ligue 1 in 1994 and became the top scorer of the 1994–95 UEFA Champions League. He signed for AC Milan in 1995 where he spent four successful seasons, winning the Serie A twice. 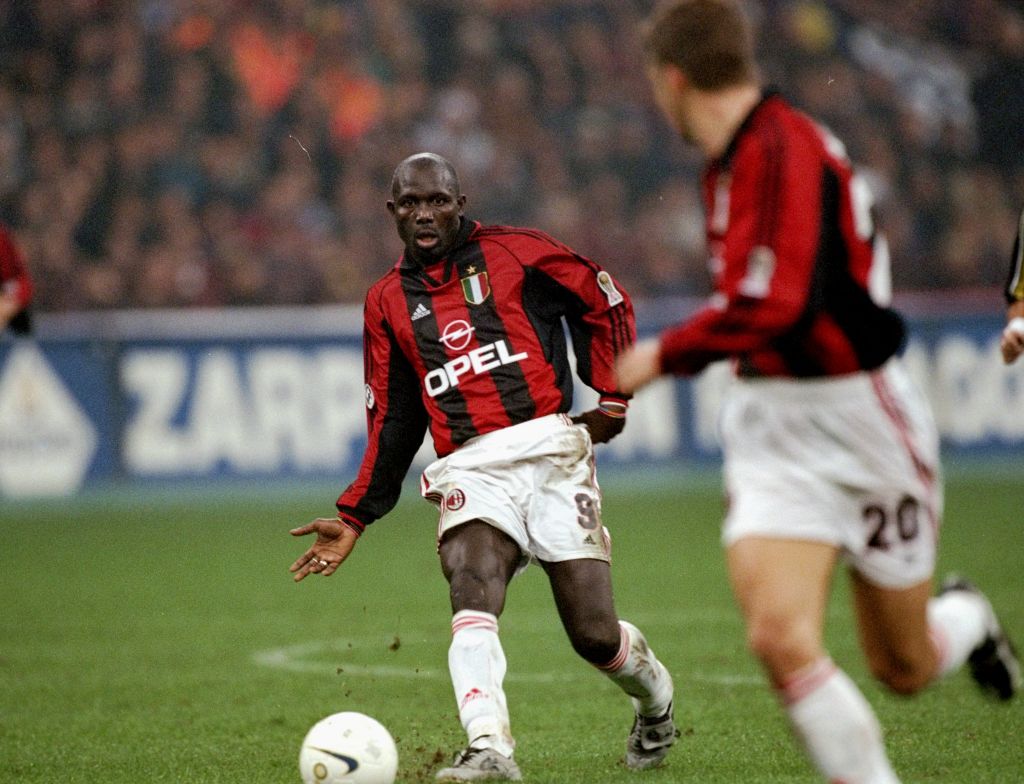 23 Oct 1999: George Weah of AC Milan passes to a team mate during the Serie A match against Inter Milan at the San Siro in Milan, Italy. Mandatory Credit: Claudio Villa /Allsport

He moved to the Premier League towards the end of his career and had spells at Chelsea and Manchester City, winning the FA Cup at the former, before returning to France to play for Marseille in 2001. He ended his career with Al Jazira in 2003.

FourFourTwo named Weah one of the best players never to win the UEFA Champions League.

Cameron Carter-Vickers in action for United States against IR Iran.

It seems that supreme football talent does indeed run in the Weah family and Timothy’s  World Cup success with the United States will certainly delight his famous dad who will be cheering him on against the Dutch on Saturday.

With Cameron Carter-Vickers joining former Celtic players Timothy Weah and Virgil van Dijk in the knockout rounds they were also joined yesterday by the Socceroo Bhoys, current Celtic star Aaron Mooy and former Celt Jackson Irvine as both played their part in the 1-0 win for Australia over highly fancied Denmark to progress and send Scotland’s World Cup qualifying conquerers back home to Copenhagen. 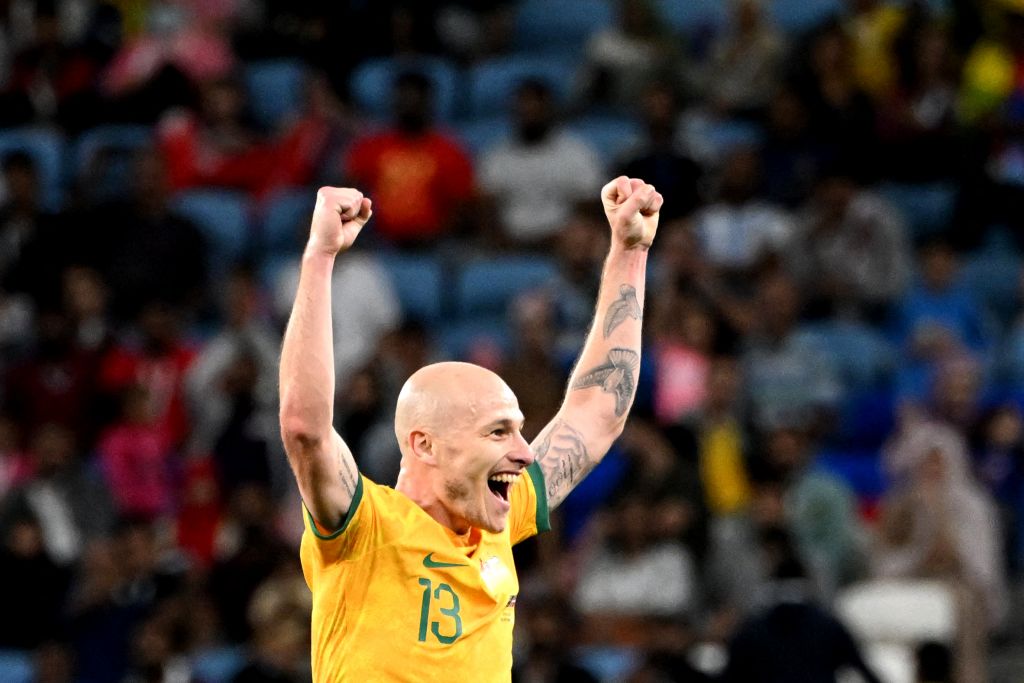 Current Celts Josip Juranovic (Croatia) and Daizen Maeda (Japan) could today increase the quota of Bhoys in the World Cup round of 16. Best of luck to both of our Bhoys!

Liberia’s President George Weah and First Lady, Clar Weah celebrate with their son, US Player, Timothy Weah on USA’s qualification for the Round of 16 of the FIFA World Cup. pic.twitter.com/0HF4JmOq3Q