CFR Cluj got the better of Maccabi Tel Aviv in the Champions League 2nd round and will now play Celtic. The first game is in Romania next Wednesday 7 August at the Stadionul Dr. Constantin Rădulescu stadium, with a 7pm kick-off.

The second leg of the Third Round of qualifiers is at Celtic Park the following Tuesday 13 August. The kick-off is at 7.45pm and it could end up being a very special night at Paradise.

Cluj have been rather vocal about Celtic since they made it past the Israeli side. We should have a look at what’s been said and who is saying it.

Before we do that here are short highlights from both the games between CFR Cluj and Maccabi Tel Aviv….

So what have the Romanian Champions being saying about making it through to play Celtic?

CFR Cluj’s Sporting Director Bogdan Mara reckons Dan Petrescu can raid Glasgow – just like he did with Unirea Urziceni when they travelled to Govan on Champions League duty and thrashed Rangers 4-1 a decade ago. Petrescu was the Unirea that night and the Cluj boss is hopeful that history can repeat itself.
Mara, who is a title-winner from his own playing career at Unirea, seems full of confidence.

“We know what Celtic are all about, especially on their own ground, but we will fight. Celtic is an historic team, a big name. These are two games that won’t be easy. But let’s embrace them. We hope to qualify again.”

“We know Celtic are a huge club but we are not afraid of anyone and believe we can take our chance to progress. I hope we can have the same outcome as when Unirea Urziceni played against Rangers!

“We have a lot of confidence now. We knew what we needed in Israel and Dan Petrescu knew exactly what to do. His tactics were perfect and the players carried out those instructions. 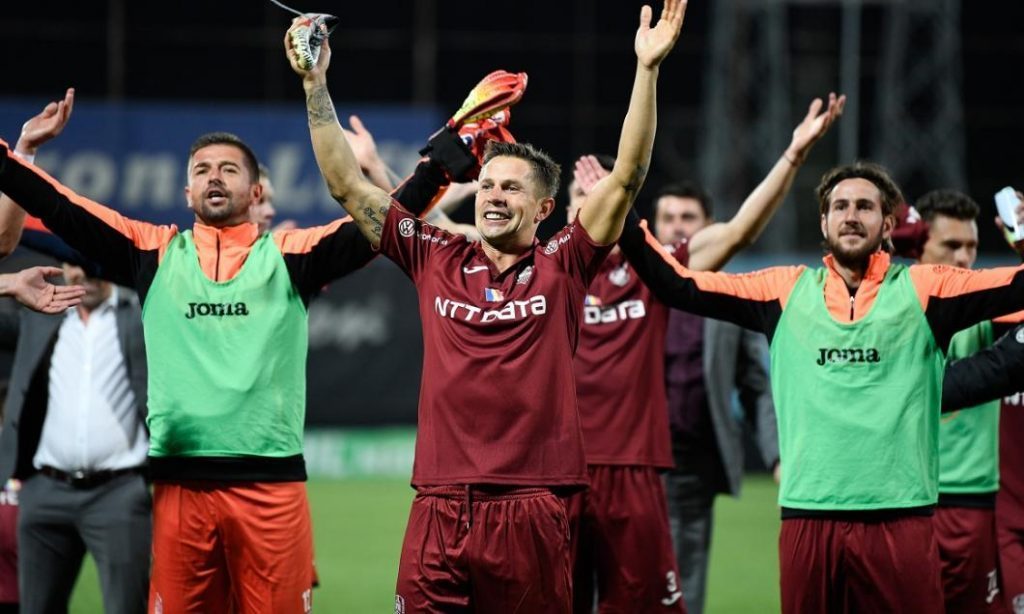 “It was a hellish atmosphere over there – the crowds were crazy and did not stop signing, cheering and supporting their team, so we can be proud to have progressed.”

Mara reckoned that Venezuelan striker Mario Rondon was crucial in getting through against Maccabi Tel Aviv and Celtic should take note of the danger he poses.

“Mario Rondon played very well and deserved to get a goal because he works so hard for the team. He is going to be a very big asset in the Celtic match and I’m sure he can cause them problems,” he told the media, as reported by The Herald.

Petrescu, a former star at Stamford Bridge, reckons his side can prevail against the Scottish Champions.

“We want to go even further, to the Champions League groups. I think it’s possible. We have come through very tough qualifiers against Astana and Maccabi.

“We don’t have a young team and this was seen in the second half against Maccabi. The players of Maccabi had more freshness than us, but we knew how to earn the result,” the Cluj boss said to the media, as reported by Scottish Sun. 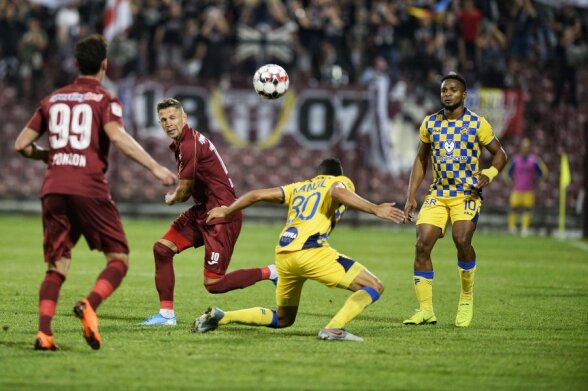 Meanwhile a Cluj legend has raised the stakes in this tie and has given Neil Lennon some material to pin to the Celtic dressing room wall. Ionut Rada has beeb speaking about his club’s third round opponents and has been less than complimentary about Celtic and Scottish football.

Rada spent fives years as a Cluj player and won six trophies in that time, Scotty Sinclair has won nine trophies in three seasons at Celtic if Rada wants to play the bragging game!

“Everyone seems to be scared of Celtic, but why? They are a team who use their aggression. That’s their only weapon,” Rada told the media, again as reported by Scottish Sun.

“If Cluj want to mix it up and fight with Celtic, they will lose. But they won’t. Dan Petrescu is too smart for that.

“Celtic remain a big name, but the Scottish League is weak and have no important teams in it anymore.
These days Celtic are not very good. Yes, they get past a couple if stages in Europe, but that’s it.

“Cluj have a team now that is full of experience. They know what to expect and how to play at this level. I am certain Cluj will qualify.

“Cluj’s success is largely down to Dan Petrescu. He has the complete respect of everyone in the dressing room and everyone in Romanian football. He will already be planning on how to stop Celtic and I think the Scots will be in for a surprise.”

Is that right Ionut? Well we think that your ageing team will have the legs run off them, and will get thrashed in Paradise!

The Romanians certainly fancy their chances, here’s one of their journalists talking up their Champions, fair play to him, but it’s not something we’re used to here in Scotland! The euphoria on the BBC last August when AEK Athens scored was something to behold, even from them.

If cfr doesn't get scared of the name, they really stand a chance.