You are at:Home»Latest»Champions League reality matched the dream as Matt O’Riley reckons Celtic can qualify

Matt O’Riley yesterday told The Celtic Star that the reality of actually playing in the Champions League has matched the dream and the Celtic midfielder also reckons that provided Celtic can become more ruthless in front of goal then there’s no reason why the team can’t progress to the knock-out stages of the competition at the first time of asking for this Celtic squad.

We asked Matt O’Riley two questions at yesterday’s Media Conference ahead of today’s cinch Premiership match against Motherwell at Celtic Park. Here’s how it went… 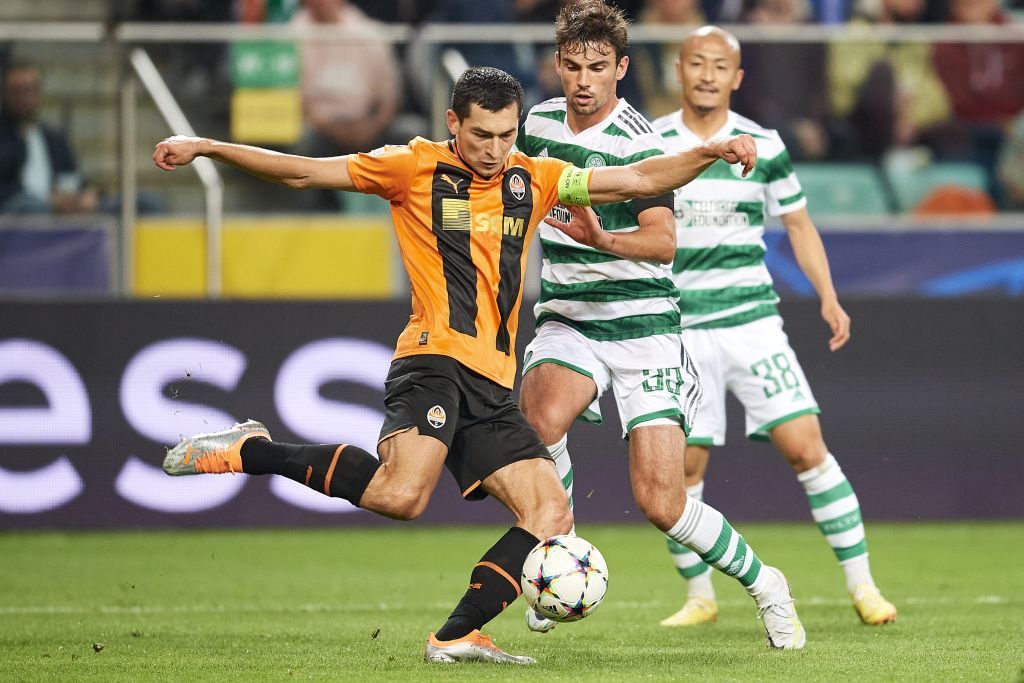 Taras Stepanenko of FC Shakhtar Donetsk fights for the ball with Matthew O’Riley of Celtic FC during the UEFA Champions League group F match between Shakhtar Donetsk and Celtic FC at The Marshall Jozef Pilsudski’s Municipal Stadium of Legia Warsaw on September 14, 2022 in Warsaw, Poland. (Photo by Adam Nurkiewicz/Getty Images)

The Celtic Star: Was one of the reasons you signed for Celtic to play in the Champions League and has the reality matched the dream?

Matt O’Riley: “Yes to both. I think it wasn’t only the Champions League – I was aware of how big Celtic was as a club before I came. When a club like Celtic comes in for you – especially with the position I was in – it was pretty much a no-brainer for me to be honest. Now I’m fortunate enough to play in Champions League so I’m very grateful to be in the position I’m in. A lot of things have happened very quickly.”

The Celtic Star: Is the squad confident that they can progress from the group into the knockout stages?

Matt O’Riley: “Yeah. I think we’ve shown enough in terms of performances that we’re capable at this level. If we could just be a little bit more ruthless in front of goal I think in these bigger games that would put us in the position where we need to be and hopefully tomorrow gives us a platform to get that momentum back and take it into the Champions League midweek.”